Much of the agency's work is focused on its 24-hour hotline, which fields about 1,700 calls and results in about a 1,000 clients a year. Whatever the hour, Wellspring will house a victim, her children and her pets in a confidential location and provide an array of legal and financial assistance not only to primary victims but also to family members, friends, and employers of victims who are aware of abuse and need advice on how to help.

Domestic violence is a leading cause of both homicides and homelessness in Saratoga County. State-wide, according to the state Office for the Prevention of Domestic Violence, 50 percent of all female victims of homicide are killed by an intimate partner.

Wellspring sponsors a number of programs for about 6,000 young people annually, including one in which coaches of male high school sports teams work with their athletes on healthy relationships. Wellspring also hosts a role-playing event called "In Her Shoes" to help participants understand a victim's point of view and "In Their Shoes" to lead a discussion on dating violence.
Calling herself as a "local gal", Fronk grew up in Latham, and moved to Clifton Park during her childhood. Growing up, Fronk was an only child, who participated in gymastics, and had a lot of interest in school.

Even as a child, Fronk says she was keenly aware that "life's challenges can either be seen as roadblocks or opportunities to find one's own strengths, resilience and creativity."

"Through the work I've done over the years, I've seen a common denominator: that every person and every family at times struggles with challenges, often heart-wrenching ones with no clear solutions. That awareness helps me to be less judgmental and to look for the strengths a person has."

Aspiring to make her contribution to the world as a diplomat, Frank initially enrolled  Georgetown University after graduating from high school, then transferred to Union College when the need to deal with family issues brought her home.

In her long career, which has included working with people with serious mental illness and HIV and AIDS, as well as those who are homeless, Fronk has consistently demonstrated a passion for taking on big challenges and achieving positive outcomes.

"That requires the willingness to regularly risk failure and make mistakes," she says.  "If you're not willing to risk failure, you can't accomplish big goals."

With two sons, Fronk says she hopes her legacy will be having helped "a few individuals in the next generation to feel passionate, happy, productive and proud of their accomplishments in career and life."

"We all need to be conscious of our actions and thoughts so that we have respect and compassion for others, especially for those who are less advantaged or who may be struggling to be stable. We all must recognize that what may seem like bad decisions are often more understandable when we look at life not through the lens of our own experience, but through the lens of what the other person has encountered."
To young people, she offers this advice: "Think about what makes your heart sing, then figure out how to incorporate that into your life, either through work or through what you do outside of your job. Feed your soul regularly." 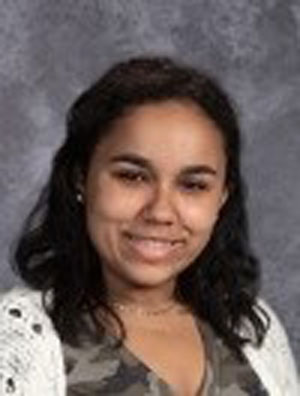 The SMARTACUS Creative Group is a student-driven creative agency dedicated to supporting the economic development of Upstate New York. Grace Davis is a junior in Jill Cowburn's journalism class at Saratoga Springs High School. In her free time, she enjoys skiing, performing in musicals, and activities with friends and family.
Published in Lifestyle
Read more...
Friday, 11 November 2016 13:08

SARATOGA SPRINGS — Inside the office on a sublevel of the Collamer Building, a pair of couches sit in a comfortable corner. A toy kitchen patiently awaits the attention of a child’s playing hands, and rows of books line the far wall.

“We have the easiest door to walk in,” says Maggie Fronk, executive director of the Wellspring office, which opens its doors five days a week and hosts seminars that are confidential and free of charge. A hotline, which operates 24 hours a day, 365 days a year, annually fields about 1,400 calls that come in from across Saratoga County.

“When somebody comes in, we talk to them about what their situation is and about what domestic violence is. It’s a pattern of power and control,” says Fronk, who joined Wellspring 14 years ago. The organization has supported survivors and strived to end relationship and sexual abuse for the past 35 years.

“There are many different forms of abuse. There’s emotional control, psychological control, financial control, social isolation, sexual victimization. So many times people will call us and say, ‘But I’ve never been hit.’ In their mind they’re saying, ‘this is not domestic violence.’ Well, it is,” Fronk says. “We have a ‘power and control wheel’ that talks about all kinds of abuse and we’ll show that to them. The person that says, ‘I don’t know if I even should be calling,’ will look at that and say, ‘Oh, I do have all those other kinds, I’ve just never been hit.”

Wellspring’s crisis intervention and survivor services provide safe housing to adults and children either fleeing or homeless because of domestic violence, as well as comprehensive support in the form of counseling, legal advocacy, and case management. In 2015, the organization provided almost 15,000 safe bed nights of shelter and supportive housing, counseled 700 individuals escaping their abuse, and provided education about the signs of relationship and sexual abuse to 6,500 members of school, and community groups.

“Wellspring gave me a new lease on life and I’m going to take full advantage of it,” said Tina, who married at 18, divorced at 21, and was forced to give up on her dream of going to college after graduating high school. For three years, she endured an abusive marriage. She married her second husband in 2001 and gave birth to her first of three children in 2007. “Unfortunately, women who are victims of domestic violence tend to attract predatory mates,” Tina said.

“My first husband was an alcoholic and here it was, like a bad dream, happening all over again. He began drinking very heavily and the abuse began to get worse.” Pregnant with her second child in 2008, Tina temporarily moved back to her parents’ home and gave her husband an ultimatum. “I told him he had to rehab.” Things seemed to work for a while, but it would not last. “The police were called to our house several times. He punched me in the face and gave me a black eye. It took me a long time to realize I couldn’t fix him, that my love couldn’t carry it through. A lot of women think that if they’re nice enough, if they’re pretty enough, then they can fix things,” she said. “But they can’t.”

An incident involving child neglect that was brought on by her husband’s drinking convinced her the marriage was over. Tina wasn’t working and when the child support payments stopped coming, she became involved in a child custody conflict which continues to this day.

“The psychological effect of that spun me into a dark, life-threatening world of depression. I was in a state of turmoil and didn’t know what to do.” By chance, she came across a Wellspring business card. “I was a mess,” Tina recalled. “I reached out and called their hotline. Immediately, I felt there was a glimmer of hope.” Through Wellspring, she began picking up the pieces of her shattered life. The organization helped with housing, and she recently secured a job at a retail store on Broadway.

“We have a commitment to end relationship and sexual abuse in the community and I see that happening,” Fronk says. “We do that by involving the whole community. If you see something, talk to somebody. Tell them there’s a place to get help. Make the call.“