SARATOGA SPRINGS — There has been an increase in largely negative public reaction focused on late-night weekend activities in downtown Saratoga Springs of late. And while crime has not statistically increased in a significant way said Jim Montagnino, the city public safety commissioner this week introduced the first phase of a multi-phase Patrol Division Increase Initiative that will as its first step eliminate the assistant police chief position and re-allocate those funds to hire additional patrols.

“We need as many police officers as possible to be available to keep the city safe. This is the underlying basis of the Patrol Division Increase Initiative,” Montagnino told the council during its March 15 meeting. To illustrate a point, he discussed an incident that occurred earlier this month.

“On March 5, there was a situation in which an individual was arrested and found to be in possession of a loaded 9 mm handgun that contained an illegal clip that held 13 rounds of live ammunition. The circumstances in which that seizure occurred involves some of the most remarkable police work that the city has seen. The sergeant in charge that night had information from a witness that a particular individual had been involved in a fight at one of the bars in town and had stated to someone that he was going to return to ‘shoot the place up,’” Montagnino said.  A police sergeant was given a description of the vehicle in question, which had license plates from the state of Mississippi.

“A car with Mississippi plates was pulled over on the corner of Spring and Circular (streets) because the driver was driving erratically and without headlights. The sergeant, in the words of the bar owner, ‘peeled out and raced over there.’ He was able to signal to the officers at the scene that there was a possible weapon in the possession of the driver,” Montagnino said.  The weapon was secured and the driver – who had a previously violent felony conviction in Mississippi, Montagnino said - was arrested without incident.

“The on-the-ground police work that resulted in this arrest prevented what I believe would likely have been a mass shooting. The safety of this city depends in large part on the skill, training and number of uniformed police officers who are doing their jobs day-in and day-out on the street,” the commissioner said. “Despite that we are a ‘weekend town,’ and that much of the crime that involves visitors coming to the city occurs on the weekends, not one sworn officer above the rank of sergeant is on duty on Saturday or Sunday without being called in specifically for that purpose.” In all, he counted approximately 40% of the department’s sworn officers who do not work weekends. The goal of the program is to put more officers in locations at times most needed, he said.

The Saratoga Springs Police Department ended the 2021 calendar year with several vacant positions. Currently the department is staffes with a chief, assistant chief, 4 lieutenants, 11 sergeants, 11 investigators, and 39 patrol officers. Patrol officers are divided into 12-hour shifts. Two officers are K-9 handlers, one K9 being a dual purpose patrol and narcotics detection K9 and the other being an explosive detection K9. Two patrol officers are recent Law Enforcement Academy graduates and currently in the fieldtraining program. The department currently has 9 full time dispatchers, 2 civilian employees and 3 parking enforcement officers, one of which is also the animal control officer.

The FBI 2019 Crime in the United States Report states law enforcement agencies in the North East have an average number of 2.8 full-time sworn law enforcement officers per 1000 inhabitants, placing the department below the average staffing level, according to the Public Safety Department annual report.

Phase One of the patrol initiative plan involves redirecting funds currently used for the assistant chief of police position and was unanimously approved by the city council. The council also approved paying an invoice in the amount of about $260,000 to Axon - an Arizona-based company which develops technology and weapons such as Tasers and body cams for civilian, law enforcement and military use.  The city has a 10-year, $2.5 million contract with the company that was initiated last year. There is an option to terminate that contract, should the council decide to do so at some point.

The assistant police chief position is currently held by Robert Jillson. Jillson was in attendance at the meeting but did not address the council. He was appointed full-time to the Saratoga Springs Police Department as a member of the patrol division in 1998 and rose steadily through its ranks. Three months ago, Jillson was appointed by the previous council to succeed retiring assistant chief John Catone’s position.

The position will be de-funded and funds reallocated April 8.  Under the Civil Service law, Jillson may exercise his right to return as lieutenant. This in turn would displace the least senior lieutenant and place them in the role of sergeant - filling one of the three vacant sergeant positions as well allowing for the hire of a patrol officer, said Montagnino, adding that the Chief and Assistant Chief positions are “basically duplicative of one another.” No specific dollar figure was discussed, but the amount should be readily known at the time of the council’s April 5 meeting, when the finance department conducts its business on the matter.

Montagnino cited the publication of the Department of Public Safety’s 2021 report as an indicator that the city “is as safe as it’s ever been. There is no statistically significant increase in crime over the last few years – and while there has been a lot of coverage of certain incidents – the total number of crimes and the total types of crimes have not changed to any significant degree from one year to the next.”

The Public Safety Department's annual report was released this week, although was not immediately available for public viewing on the city's web site.  Prior reports may be found HERE. 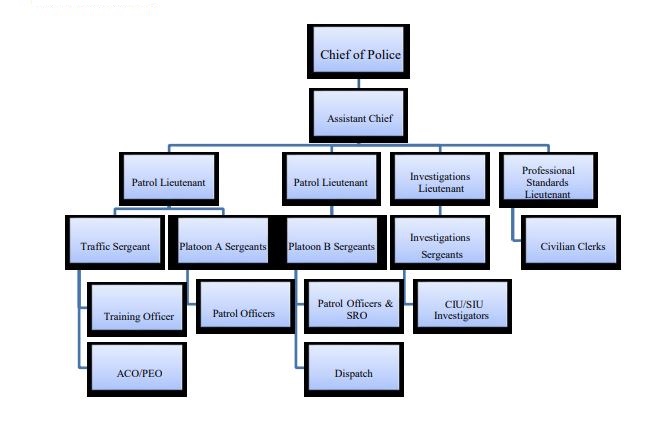