SARATOGA SPRINGS — A truly special and unique man, Norman M. Fox, 96, of Saratoga Springs, passed away peacefully on Friday, February 26, at Wesley Health Care Center with his family at his side.

Born July 28, 1919 at Coney Island Hospital, Brooklyn, NY, he was the son of Russian immigrants Isador Fox and Pauline Sirgutz Fox. Norman was the youngest of three boys and the only one born in America. He brought joy to his family from the day he was born until the day he departed us.

Norman attended City College in NYC until he was drafted to serve his country in WWII. This young Army recruit was immediately selected to participate in an elite training program at MIT in Boston. After two years he was deployed to the Pacific Theatre and honorably served as a member of the Greatest Generation in the Philippines, New Guinea and Japan.

Norman’s greatest joy was when he was introduced to a Canadian beauty, Eva Rudin. They were married March 29, 1947 in New York City and they celebrated 54 years together until her death in October 2001. Norman and Eva came to Saratoga Springs in 1947, where they started a business, and the Fox Family has been continually in business on Broadway for almost 69 years.

As a businessman in downtown Saratoga Springs, Norman was a true leader and was very involved in making this the best city it could be. He was one of the original founders of the Downtown Merchants Association and the Special Assessment District. He served for many years on the City of Saratoga Springs Planning Board as Vice Chair. For all his efforts to enhance the city he loved, he was honored by The Pillar Society, The Rotary Foundation and was a recipient of The Starbuck Award. In 1978, Norman sold the business to his son Harvey so Norman could pursue other interests which included buying and selling properties in downtown Saratoga Springs and founding a mortgage banking business.

Norman was a true renaissance man with many interests. In the 1950’s he began a record company, Spa Records with his good friend, F. Charles Adler, a conductor with the Vienna Philharmonic. In the early 1990’s he donated a renowned illustrated book collection to Skidmore College and endowed a continuing lecture series now in its 25th year, which has brought in some of the country’s preeminent illustrated book scholars. He was an avid antique buyer, stamp, coin and art collector and lover of the opera.

Norman and Eva had two children, Cindy Fox Aisen of Carmel, IN and Harvey R Fox of Saratoga Springs who survive him. Norman’s greatest sadness was being predeceased by his cherished granddaughter Taryn Fox in 1997 and by his wife Eva in 2001. Norman is also survived by his son-in-law Alex Aisen, his daughter-in-law Cassie R. Fox and five grandchildren, Jevan P. Fox and his wife Jerusha, Amanda, Adam, Ariel and Andrew Aisen. Norman also leaves behind many special friends who went out of their way to make sure that his days were happy ones right through the end. There are angels in this world and in Norman’s case, they were named Phil Klein, Mike Seidel and Catherine Golden.

If you would like to make a donation in his memory, we suggest Wesley Health Care Center, 131 Lawrence Street or Saratoga Sponsor-a-Scholar, PO Box 107, Saratoga Springs, NY 12866. Norman will be remembered for being a loving husband, wonderful father, cherished grandfather and loyal friend. We miss him already. 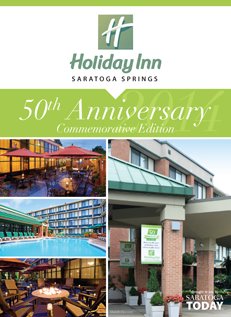 Published in Specialty Publications
Tagged under
Be the first to comment!
Read more...
Monday, 08 February 2016 16:28 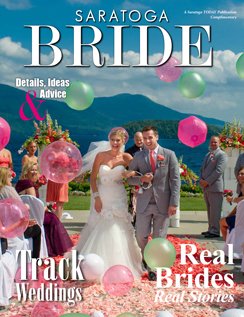 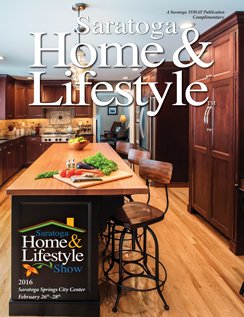 Born October 1, 1953, in Glens Falls, NY, Jeff was the son of the late Jane (Stanley) Wise and the Reverend A. King Wise. A member of the Glens Falls High School class of 1971, Jeff graduated in 1975 from SUNY Potsdam with a degree in philosophy. In 1984 Jeff enrolled in Albany Law School, and in 1987 earned a J.D. degree, continuing at the Gazette during school breaks.

He transitioned from journalism to public policy, and spent the next 25 years in Albany, where he advocated for the homeless and people with special physical and mental-health needs. An avid follower of all sports, Jeff was a lifelong fan of the Boston Red Sox and the Buffalo Bills. He loved racing season at Saratoga Race Course and watching ice hockey in Glens Falls, and also enjoyed the golf course at Saratoga Spa State Park. His musical interests ranged from classical to rock and roll, and he especially enjoyed Lou Reed, the Who, the Moody Blues, and Mark Knopfler.

Relatives and friends are invited to call from 1 to 4 p.m. today, Friday, January 22, at William J. Burke and Sons/Bussing & Cunniff Funeral Homes, 628 North Broadway, Saratoga Springs with a prayer service and sharing of memories at 4 p.m. Burial will be private. A reception for friends and family will follow from 5 to 6:30 p.m. at Murray-Aikins Dining Hall (second floor) on the campus of Skidmore College.

Memorial contributions may be made to Old Friends at Cabin Creek, a retirement center for Thoroughbred racehorses located in Greenfield Center, http://www.oldfriendsatcabincreek.com/donations

Gerald was born on October 11, 1945 in Morristown, NJ, to parents Michael Erchak and Gloria Midroy Erchak. Gerald moved to Saratoga Springs in 1977 to become a professor of anthropology at Skidmore College, where he taught until retiring in 2007. His research specialty was the peoples of western Africa, where he was highly well traveled. Gerald has lived in downtown Saratoga since his retirement, and enjoyed going for walks on Broadway and eating at local restaurants.

Gerald is survived by his four loving children: three sons, Ivan, of San Diego, CA, Alexei, of North Easton, MA, and Wyatt, of Troy, NY; one daughter, Abigail, of Minneapolis, MN. Other survivors include his sister, Donna, of London, England; his former wife and mother of Wyatt and Abigail, Jane Sandbo, of Minneapolis; his former wife and mother of Ivan and Alexei, Jenee Erchak, of Saratoga Springs; a niece, Clarissa Ward, of London; and several adoring grandchildren.

In lieu of flowers, please consider making a donation in memory of Gerald to the Prostate Cancer Foundation, 1250 Fourth St., Santa Monica, CA 90401 or www.pcf.org

A 1964 graduate of Williams College, and former correspondent for Time Magazine, he was a marvelous writer. He continued to write later in life, most passionately to many who knew him, about Irish Jump Racing. A man of myriad interests, he was a voracious reader and insatiably curious.

A gifted listener, and extraordinary friend, he is survived by daughter and son-in-law Rachel and Brian Mulcahy, brother Richard, and many like-minded souls, including Jay Freedman, Rory Whelan, and Michael Michalisin. In lieu of flowers, the family requests donations be made to the Permanently Disabled Jockeys Fund.

SARATOGA SPRINGS — Suzanne Dorsey Carlson, 54, passed away on Wednesday, Jan. 13, 2016 at Saratoga Hospital after a courageous struggle with cancer. She was surrounded by her loving family.

Born Aug. 3, 1961 in Bronxville, NY she was the daughter of Patricia Dorsey and the late Dr. James B. Dorsey of Saratoga Springs. A graduate of St. Peter’s Academy, class of 1979, she attended Pine Manor College in Brookline, MA. Following college she entered the medical field as an EKG technician at Ellis Hospital. She was also a medical secretary in the office of Dr. James Dorsey and Dr. Warren Gewant.

Suzanne was a homemaker and focused her interests on her two children, Amanda and George. She enjoyed traveling and lived in Sardina, Italy where her daughter was born. She also resided in San Diego, CA. Having many friends throughout the Saratoga area, Suzanne enjoyed many good times with them. On a more serious note, she found great comfort in her devotion to her Bible readings. Suzanne will be remembered as a kind and most generous person.

In addition to her father, she was predeceased by her sister Alison Golinski.

The family wishes to extend a heartfelt thank you to Suzanne’s many physicians and caretakers and especially her supportive friend Carolyn Pennell.

A Mass of Christian Burial was celebrated on Monday, Jan. 18, 2016 at St. Clement’s Church, 231 Lake Ave. in Saratoga Springs by the Rev. Timothy Keating. Burial will be in the family plot at St. Peter’s Cemetery, West Ave., also in Saratoga Springs.

Memorials may be made in Suzanne’s name to the Saratoga Hospital Foundation, 2ll Church St., Saratoga Springs, NY 12866.

Born on March 7, 1934 in Ballston Spa, he was the son of the late Frank C. and Alice Reed Lewis and was the third born of fourteen children. At the age of 17, Ed enlisted in the United States Marines and proudly served our country during the Korean War, and is a recipient of two Purple Heart Medals. Honorably discharged in 1954, he worked road construction for DA Collins for many years and was a member of the Albany Laborers’ Local #190.

In addition to his parents, he is predeceased by his wife Virginia Mason Lewis; his brothers, Frank, Fred, John, Warren and Ralph Lewis and a sister Celia Haynes.

Relatives and friends gathered to remember him on Tuesday, Jan. 19, 2016 at the William J. Burke & Sons/Bussing & Cunniff Funeral Homes, 628 North Broadway, Saratoga Springs.  Burial with military honors will be in the spring at Rock City Falls Cemetery.

ST. JOHNSONVILLE, NY – Charles A. Glessing (Chick) of Ramsey Shores, Henderson Harbor, NY passed away peacefully at the St. Johnsville Rehabilitation and Nursing facility on Wednesday January 13, 2016 surrounded by loved ones. He was 68 years old.

Born on April 5th, 1947 in Syracuse, he was the son of the late Charles A. Glessing and Mary M. Barriger. Mr. Glessing proudly served in the United States Air Force from 1967 to 1973. Charles worked in and owned various Nursing Homes throughout the State of New York, most recently the St. Johnsville Rehabilitation and Nursing Facility where he was currently residing.

He is predeceased by his granddaughter Grace C. Britton, his sisters, Helen Robischon, Elizabeth Murphy, Barbara Kinley, and Beverly Malone, and his brothers, Ronald Rosecrans, William Glessing and Jack Glessing.

He leaves behind his heartbroken family including his three daughters, Theresa G. Britton and her husband E. Joseph of Greenfield Center, Tammy L. Haarman and her husband Jason of Saratoga Springs, and Carey R. Glessing and her partner Eric Geibel of Chicago, IL, two sisters Mary Grace Dessormeau and her husband Robert Jr. of Porter Corners, and Joan Desimone and her husband Michael of Vero Beach, FL, 6 grandchildren, Luke J. Britton, Faith R. Britton, Gannon C. Britton, Rachel A. Haarman, Paige E. Haarman and Charlotte J. Haarman. He is also mourned by his former wife Lynn C. Glessing, of Schroon Lake, and his current wife Deborah Fread of Jensen Beach, FL as well as many beloved nieces and nephews. He will be greatly missed by his beautiful white golden retriever, Steve.

Memorial donations can be made in his memory to St. Jude’s Children Hospital 501 St. Jude’s Place Memphis, TN, 38105.

Funeral arrangements are entrusted to the Tunison Funeral Home 105 Lake Ave. Saratoga Springs, NY 12866. Online remembrances can be made atwww.tunisonfuneralhome.com

Published in Obituaries
Tagged under
Be the first to comment!
Read more...
Page 6 of 13