Cassandra Cooper: Athlete of the Week 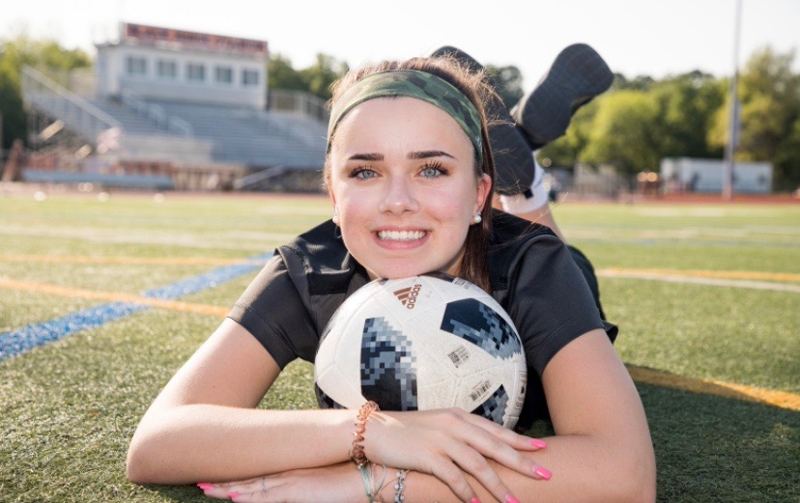 SCHUYLERVILLE — Senior athlete Cassandra Cooper balances school, giving back to the community and her great love of soccer.

Cooper began playing recreational soccer when she was in the second grade with the Old Saratoga Athletic Association (OSSA). Many of her friends played, and she saw this as an opportunity to expand her social life. Pretty quickly soccer became her favorite sport, and an activity that she dedicates a majority of her time to.

“I love competing against people. I love the adrenaline from playing against other people. And scoring, I love scoring,” said Cooper. “It’s just so much fun getting out there and doing something that you’re passionate about. It’s always been something I just loved.”

All year around Cooper can be seen on a soccer field, whether she is playing, or on the sidelines. She is the Schuylerville Varsity left outside midfielder and co-captain. Additionally, she is on three soccer clubs including the Schuylerville Soccer Club, Saratoga Wilton Soccer Club and New York Elite Soccer Club and coaches third and fourth graders for the OSSA. Through dedication and discipline, Cooper manages to balance her athletic life, and be active in school through being a member of the National Honor Society, Varsity Club, and the Students Against Destructive Decisions club (SAAD).

“I keep a very tight schedule. I’m always on the go. I try to find some down time but there’s not really a lot of time I have to just be to myself. I usually try to find 30 minutes to just relax,” said Cooper.

Throughout her soccer career Cooper has had a consistent supporter, who she names as the biggest fan of her varsity team and one of her biggest inspirations (alongside USA midfielder Alex Morgan) her father, Shane Cooper.

“He’s also been a major reason why I started playing soccer...he’s always pushed me to strive to be better, to work at being better,” said Cooper.

Cooper recalls when she was in the fifth grade and was struggling to achieve her goals in soccer, that her father would spend 45 minutes to an hour practicing with her outside nearly every day for months when he would get home from work.

“He helped me get better at playing the sport and he helped me find the love for it to. He’s always been so dedicated to watching me and going to my games,” said Cooper.

Cooper is looking into colleges throughout the capital region, and wherever she lands, a soccer ball is surely to be close beside her.

More in this category: « Blue Streaks Hall of Fame 2019 Inductees Skidmore College’s Hockey Team Gears Up for the New Season »
back to top