Athlete of the Week: James Prastio 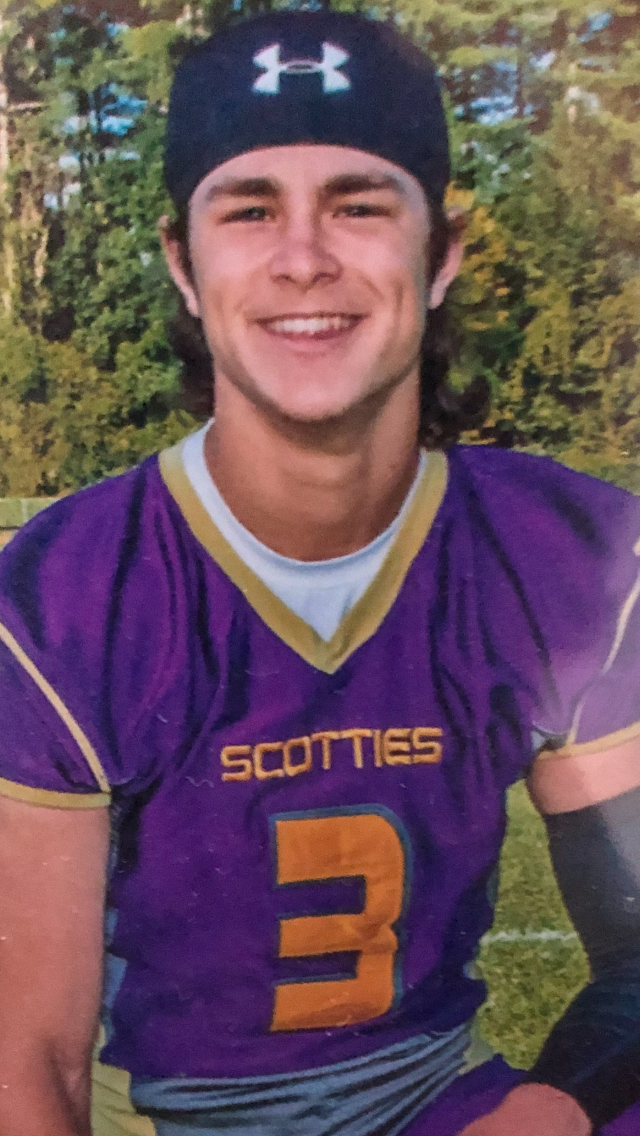 BALLSTON SPA — James Prastio, an 18-year-old senior at Ballston Spa High School, grew up surrounded by football. His father, James Sr., played semi-pro football during James’ childhood and signed James up for flag football as early as he could.

“I immediately fell in love with the game,” Prastio said, “I had such a passion and love for football and what it meant to be a part of a team and how close everyone was. It’s just something I’ve always loved.”

“He was the heartbeat of our team this fall.  He is a very passionate athlete and loves Ballston Spa football. He was a 3-year starter for us, a team captain, and he also led our team in rushing and tackles,” Coach Jason Ohnsman praised.

Prastio has equally kind words for his coach: “He took a chance on me and that’s something that I am always going to be forever grateful for because without him taking that chance on me, I wouldn’t be where I am now.”

Prastio got moved up to varsity his freshmen year for playoffs and has been a varsity player ever since.

“The team has suffered a lot of ups and downs. My group of friends, we’ve all played together since we were six years old. We all knew that this was the year we needed to turn it around and bring Ballston Spa football back into the light again. It was time to put Ballston Spa back onto the map,” he explained.

This past season, Prastio was a runningback and linebacker, but he has played different offense positions for the team; his freshman and sophomore years he was a wide receiver and in his junior year, he played tight end. He has no problem changing it up depending on the needs of the team.

“Playing a bigger role was important to me because I wanted to bring pride back to the community. Then this year we obviously had some success reaching the semi-finals and beating Amsterdam at home for a quarter-final game, which was the first time in 15 years that we’ve had a playoff game at home, and the first time in forever that we’ve won a playoff game. To have that be my last game on that field, it was surreal and amazing. I was so happy for the community and my team,” Prastio said.

“His biggest game this year was definitely our first-round home playoff game where he led the way with 250 yards rushing and 4 touchdowns as well as 10 tackles in a 35-12 win.  It was awesome for him to lead us in the first home playoff win in almost 10 years,” Ohnsman stated.

Prastio also letters in wrestling, where he won Class B last year; he also plays lacrosse and took home Section II All-Star last season. However, football is his favorite.

“I like to hit people. I like the physicality of the sport and I especially love the brotherhood that it brings. I’ve been a part of many teams for different sports and the bond that we had this year for football is something I’ve never felt on any team I’ve been on. I genuinely loved and cared about every single one of those guys,” he said nostalgically.

Prastio is undecided on which college to attend but he plans to study education so he can be a coach.

In his free time, he enjoys hanging out with his friends and girlfriend.

When asked what his advice was for future teams, he said this:

More in this category: « Saratoga Blue Streaks Hockey Athlete of the Week: Sophia Olechowski »
back to top