Athlete of the Week: Charlie DiDonato 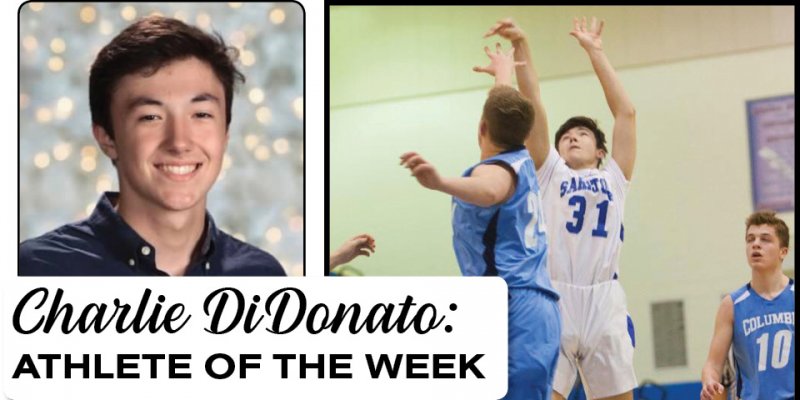 SARATOGA SPRINGS — “There's been a lot of talk of me being a one-man show but that's simply not the case. We win games when I score 40 points and we've won when I score 10.” - Kobe Bryant

Charlie DiDonato is a 16-year-old sophomore from Saratoga Springs who plays on the 9-12 grade youth league team at the Saratoga YMCA. He is known on the court for his point scoring ability as a power forward.

"I've lost track of how many points so far this season," he laughed. “The first game I had 28 points and then after that I just stopped counting,” he explained.

He discovered the Y program by practicing there for his try-outs at the school in 8th grade. He saw a flyer and his mom suggested he sign up.

"Basketball is something I picked up around six years old. I played through a recreation league first and then I just liked it from there,” DiDonato explained.

DiDonato played on the high school team his freshmen year and then tried out this year and got cut so he's unsure if he'll retry for that team next year or not.

“It’s a more laidback atmosphere at the YMCA, I’m able to have more fun instead of playing intensely like I would on the high school team,” he said.

He is on the Spa Cafe Team, coached by Dallas Wells, who has coached him for a few seasons. DiDonato requests to be on his team because he’s used to his coaching style, which he feels propels him to success.

“Coach Wells is laid back for the most part. Sometimes he'll get on you, he motivates me a lot. When he needs you to play a certain way, he'll tell you,” DiDonato explained.

“Dallas is one of the best coaches I’ve ever had,” he raved.

DiDonato says shooting is his most valuable basketball skill but acknowledges he needs to work on his ball handling.

So far, the Spa City Cafe team is having a great season. “We’ve had a pretty good season so far. We've lost one game only, we're pretty good. We have good chemistry, I'm good friends with most of the kids on the team through school and stuff so that helps,” he said.

Still, he acknowledges that sometimes you don’t always have the best game. "When you put in all of that dedication and you don't have the best game, it's like dang, but you keep your head up and push through,” he said.

DiDonato also plays summer league and is coached by Wells then as well.

His best basketball moment to date occurred last summer: “I had 27 points and I made the two game winning free throws in a really tight game. It was an amazing moment. It was pretty intense.”

DiDonato is 100% dedicated to basketball and does not play any other sports; he puts his whole heart into the game. His favorite team is the Knicks and he was in the middle of a game when he heard the news about Kobe Bryant.

“I was really surprised, it's heartbreaking,” he said.

In his spare time, he enjoys hanging out with his friends and is looking for a part-time job. He is also a high honor roll student.

He credits his parents, Gina and Charles, as his biggest supporters.

His advice to the younger kids at the YMCA youth league is this: "Just know that it takes time and work to get to where you want to be, it doesn't happen overnight."

More in this category: « Local Man Recalls The Last Time The Chiefs Were In The Super Bowl Act with Respect Always Visits Duke University »
back to top