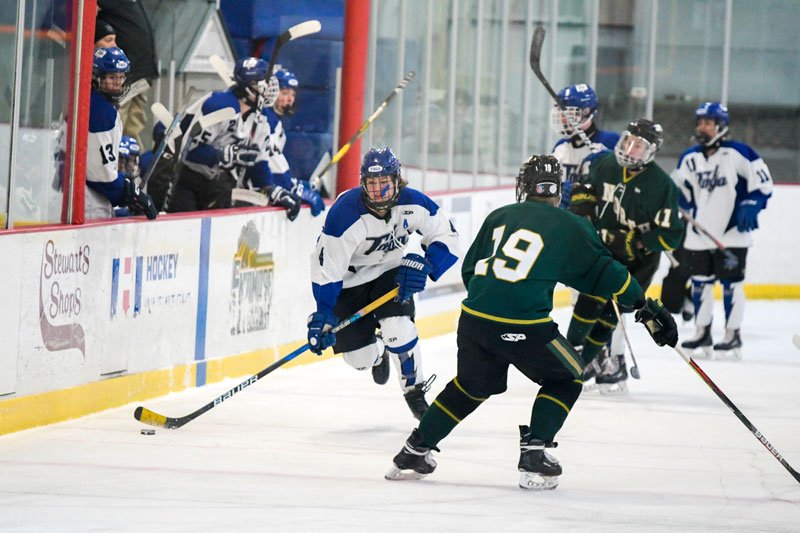 BALLSTON SPA — Gov. Andrew Cuomo announced on Jan. 22 that as of February 1, high-risk school sports had been given the green light to return as long as certain conditions were met and that the decision would be left up to individual county health departments.

Among the conditions was a community COVID-19 positivity rate of 4% or under. At the time of the governor’s announcement, the seven-day rolling average infection rate in Saratoga County was 7.4%.

On Jan. 29 – when the Saratoga County Board of Supervisors announced it was approving higher-risk K-12 sponsored school sports to resume on Feb. 1 in conjunction with similar conditions, that average rate of infection had fallen to 4.7%. and on Feb. 3 had fallen to 4% – the first time it had done so in Saratoga County since Dec. 2, when the post-Thanksgiving Day infection surge was on its rise. The infection rate had previously been at or near, and often below 1% from Memorial Day weekend through Halloween.

Hospital capacity is another condition, with a low of 15% availability being a particular danger sign. The Capital Region – the eight-county region which includes Saratoga - is the worst of the state’s 10 designated regions for percent of hospital beds available. However, its 27% availability rate has trended in a good way, climbing in positivity in recent days, and nearing the statewide average of 34% bed availability.

“While the seven-day positivity rate has dropped substantially in just the last two weeks, it is imperative that we do not lower our guard and leave our communities and hospitals vulnerable to another surge in cases,” said Dr. Daniel Kuhles, Commissioner of Saratoga County Public Health Services, adding that he had been directed by Saratoga County Board of Supervisors Chairman Theodore Kusnierz to study NCAA protocols to determine if they can be adapted to high school athletics.

The Board of Supervisors called for a special meeting to take place Feb. 4 to consider the recommendations of Dr. Kuhles on high school high-risk sports.

Pending updates which may emerge from the special meeting Feb. 4, Saratoga County had recently put additional guidelines in place for schools to proceed.

• If the school is closed for in-person education due to an increase in COVID-19 cases, school-sponsored sports must be suspended until in-person education is resumed; however, this restriction does not apply to schools that are conducting only remote instruction.
• Sports-related travel outside the Capital Region, North Country and Mohawk Valley is strongly discouraged and travel to, or from, any area that has been designated by NYSDOH as a red or orange zone is not permitted. Participation in multiteam events or tournaments is not recommended. To minimize contact, pod/bubble mini-leagues could be created.
• Weekly COVID-19 testing for each student-athlete, coach, manager, referee/official, or other individual associated with the higher-risk sport, unless the individual has documentation of a positive COVID-19 test within the previous 90 days.
• It is also suggested that coaches and student-athletes sign pledges acknowledging that what they do outside of practice and games can affect their teammates, opponents, and their community, as well as directly impact the future of the sports season.

Cuomo’s announcement came a few days after the New York State Athletic Administrators Association - representatives of the over 780 Athletic Administrators in the state - sent a letter to the governor, imploring his reconsideration of a decision to forego ‘high-risk’ sports for the winter and potentially the remainder of the school year, and to permit play to return immediately. The letter cited surrounding states keeping school sports programs operating while identifying mental health and increasing the socio-economic gaps as potential factors in cases of student depression and lower grades while engaged in some form of virtual learning.