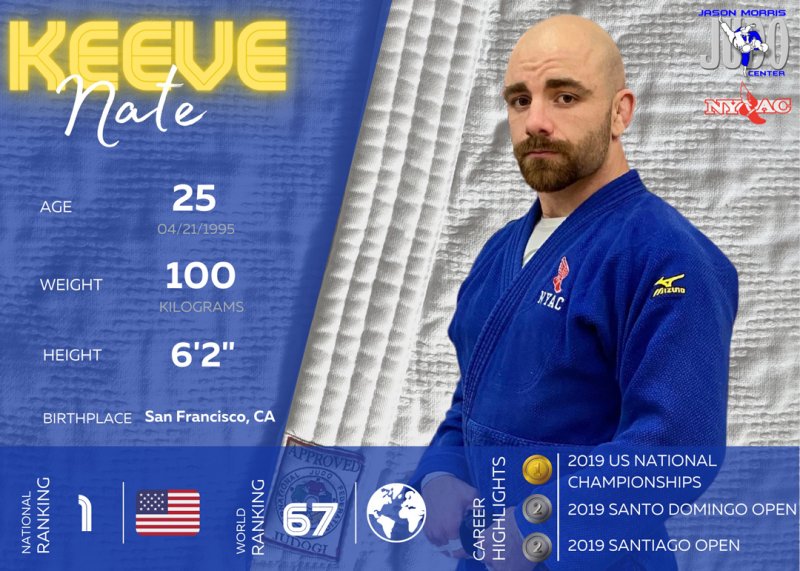 GUADALAJARA, MEXICO — Nate Keeve (25) from New York’s Jason Morris Judo Center took a Bronze medal at the Pan Am Championships at 100kg in Mexico this past weekend. Keeve had a huge win over Leo Goncalves from Brazil in the quarter final. The Brazilian had won their previous encounter last November in Budapest. Keeve lost to eventual champ Kyle Reyes in the semis but then came back to defeat long time American rival, LA Smith, for his first ever Pan Am medal. Keeve jumped to a career high #53, up from #67, on the World ranking list.

Ari Berliner (22) went 2-2 and took 5th place in the 66kg weight class. Berliner lost to the #1 seed William Lima (Brazil) in the quarters but not before a major controversial call occurred. Berliner appeared to score Ippon (instant victory) when he countered the Brazilian but after the video review the officials determined it was not to be scored and Berliner ended up losing the bout in overtime. Berliner rose to a career high of #88 on the World ranking list, up from #129.

Nicole Stout (23) went 0-2 in her third Pan Ams to close out the JMJC athletes’ participation in the Pan Ams. The following day (April 17), Stout competed in the Mexican Open taking a Bronze in 78kg. Stout earned 50 points on the World ranking list and jumped up 20 spots to #84.

Read 948 times
More in this category: « Saratoga Springs Youth Ballet Zoey Goodness: Athlete of the Week »
back to top