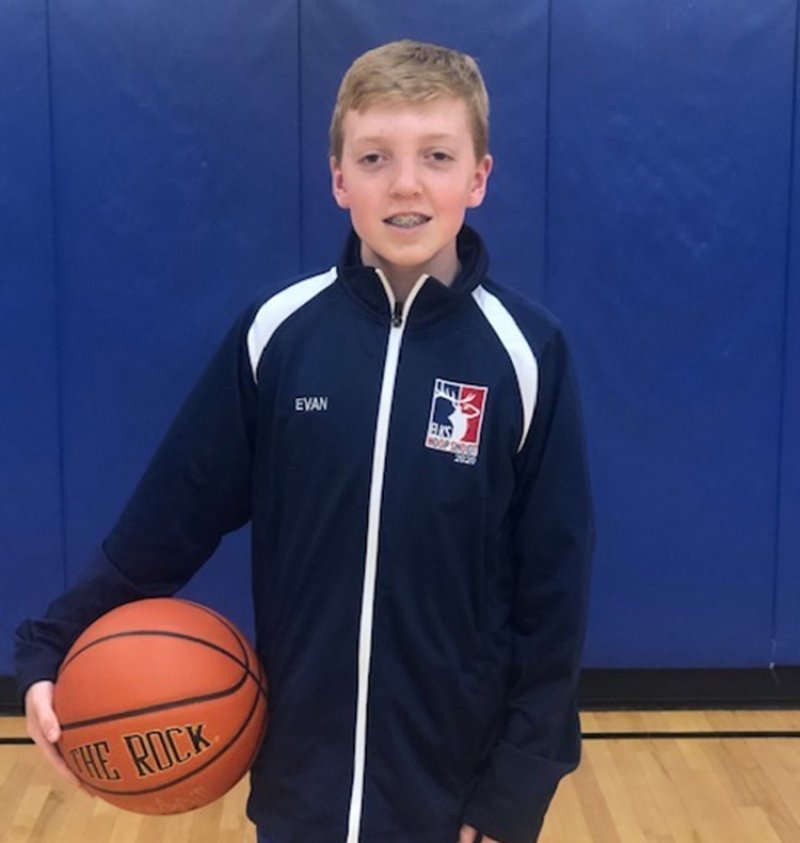 On April 1, Evan competed in the Boys’ 12-13 Year Old Division of the National Regionals of the Elks Hoop Shoot competition. He was crowned the winner after making 24 out of 25 free throws, more than his competitors, who were state champions from New Jersey and Pennsylvania.

On April 24, Evan advanced to the Elks National Hoop Shoot Finals, where he made all 25 of his free throws. He then shot 5 sets of 5 for tiebreakers, in the event that other contestants also make all 25 shots. Evan’s score will be compared against eight other National Regional winners.

The Elks National Hoop Shoot is a free foul shooting contest for youth ages 8 to 13, and advances through local, district, state, and regional contests before the National Finals. Six national champions are selected, and their names are permanently inscribed in the Naismith Memorial Basketball Hall of Fame. Normally, the annual National Finals are held in Chicago, but were conducted virtually this year due to COVID-related restrictions. The winners will be announced on May 15.

“We never would have imagined he would have gotten this far,” said Kara Rosettie, Evan’s mother. “So many kids do this, but he is just so dedicated.”

Evan has been playing basketball since second grade, when he joined Gavin Park’s Jr. NBA Youth Basketball Program with his friends. He also plays on the CDYBL (Capital District Youth Basketball League) team for Saratoga and the Saratoga Battle AAU team. To practice for his competitions, Evan spent an hour almost every day in the gym working on his shooting.

The last local teen to get this far in the Elks Hoop Shoot competition was Joe Girard III, who now plays basketball for Syracuse University.

More in this category: « Saratoga Springs Little League Opening Ceremony
back to top