Schuylerville Varsity Soccer Ends the Season with a Win 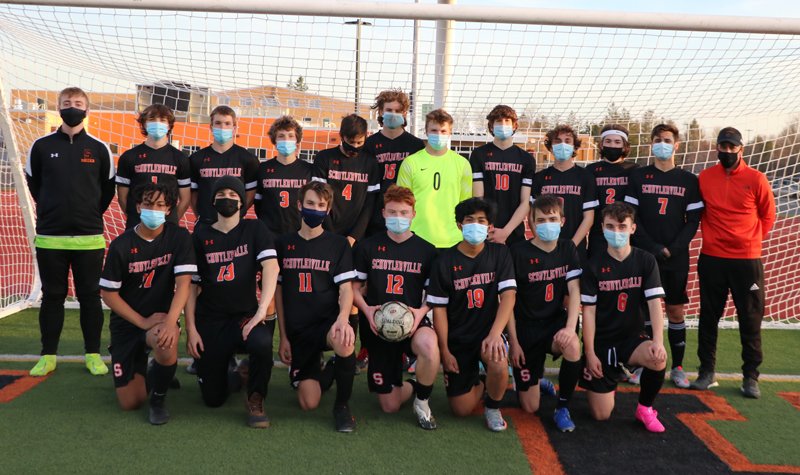 SCHUYLERVILLE — Gloversville visited Schuylerville for the final game of the Fall 2 season. Schuylerville opened up the scoring 7 minutes in when Liam Armstrong sent a cross that Matt Stampfli finished for the early lead. The Horses would create some opportunities, but it was Gloversville who would find the equalizer when Doug Cook found the back of the net with 10 minutes remaining in the half. The second half was much like the first half, as Schuylerville’s Reid Rockhill sent a ball across the middle and Sam Tyler placed it past the keeper for a 2-1 lead. Schuylerville would see it out and come away with the 2-1 win. Both teams played a clean, great soccer game. Griffin Brophy had 2 saves for the Horses, and Justin Kemmet had 10 saves for Gloversville. The Horses saw 5 seniors play their last game and will be greatly missed – Cam Wian, Garrett Hutchinson, Troy Soriano, Matt Stampfli, and Nick O’Leary.

More in this category: « Schuylerville Varsity Football Wins Class C Championship American Pharoah, Todd Pletcher, and Jack Fisher Elected to the National Museum of Racing and Hall of Fame »
back to top