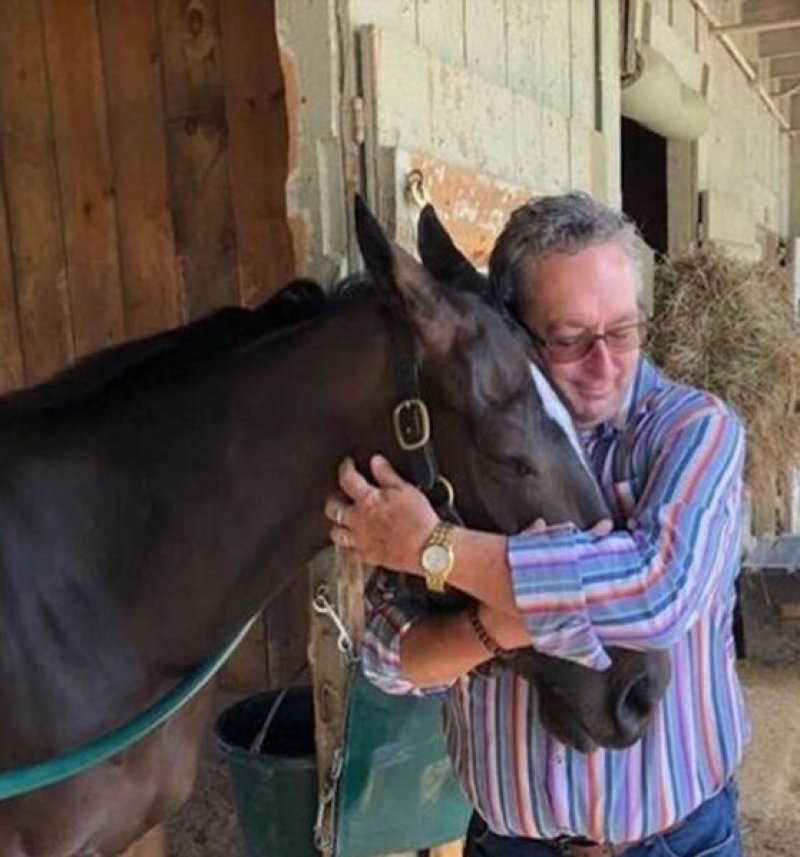 MASSAPEQUA — David Cassidy memorabilia, including a surprise, one-of-a-kind item donated by horse trainer Gary Contessa, will be auctioned off only on ithinkiloveyou.org starting Friday, July 9 at 7 p.m. through 10 p.m. on July 16.

The I Think I Love You Animal Foundation®, Inc. will hold its first world-wide online event, on Facebook: “David Cassidy: Then & Now” starting on Friday, July 9 at 7 p.m. Special guests include David’s friends from the “Then” years – award-winning R&R photographer Henry Diltz and life-long friend Sam Hyman. Representing the “Now” or more recent years, is David’s friend and American horse trainer Gary Contessa. Rick Segall, who played young, raven-haired Ricky, the four-year-old Partridge Family neighbor who sang with the group in season four, will host the online event.

Primary photographer during both the Partridge Family era and Cassidy’s ‘70’s solo career, Henry Diltz of Henry Diltz Photography and Morrison Hotel Gallery, has generously granted the use of rare photos of David Cassidy with animals from his extensive vintage catalog to I Think I Love You Animal Foundation®. Many of the photos were taken during David Cassidy’s domestic and world tours from the ‘70’s and while he starred on The Partridge Family television series, which aired on ABC from 1970 – 1974 and not made available since the ‘70s. Five of these photos will be signed by Henry Diltz.

I Think I Love You Animal Foundation®, Inc. is a 501c3 nonprofit organization based in New York and formed in the memory of late actor and singer David Cassidy. I Think I Love You Animal Foundation® provides financial support to animals in need of sanctuary or medical attention, especially retired thoroughbred racehorses who require rescue from emergent situations, restoring spirit and dignity and creating new “Happy Trails” for all animal friends. The Foundation supports this mission by providing financial assistance through grants, awards, and scholarships to bona-fide 501c3 charities whose activities promote improved animal welfare and quality of life through rescue operations, adoption placement, disaster relief, equine retirement assistance, and programs of education.

In addition to owning domestic animals and a beloved parrot named Elmer, David Cassidy was an owner of thoroughbreds and he supported safe retirement programs for racehorses. Gary Contessa, David’s friend and horse trainer, is a co-founder and director of I Think I Love You Animal Foundation®.

“His love of horses was second to none,” said Contessa. “By honoring his memory in this way, we are carrying on his genuine love of horses and his desire to see them all have the care they deserve, long after their racing career is over.”

Bidding starts on Friday at 7 p.m. EST and ends July 16 at 10 p.m. EST. Bids are accepted only on the official website for ITILY™, the non-for-profit animal foundation. For more information or to make a donation visit the website ithinkiloveyou.org.