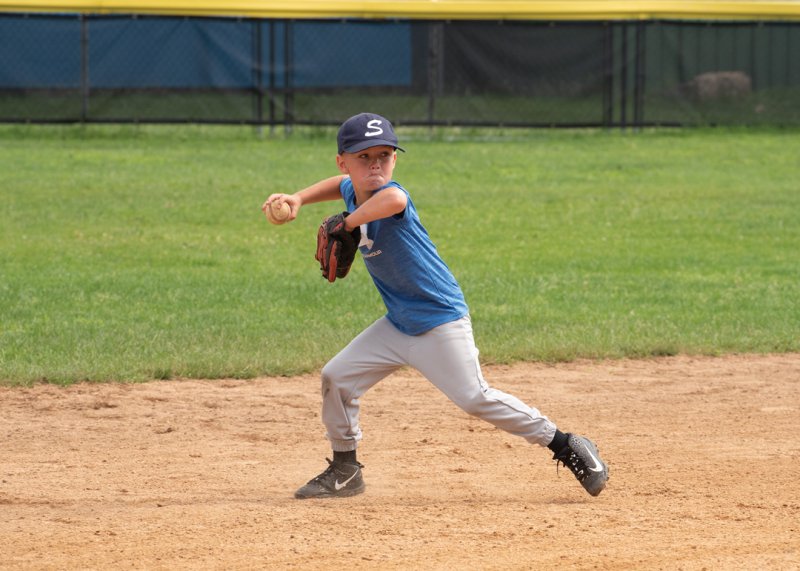 SARATOGA SPRINGS — Spa City Baseball Camp just held their first session of camp and is gearing up for a second session in August.

“I started this camp to give an opportunity for kids to hone their skills,” said Coach Lambert. “In baseball, a lot of the time kids play so many games, and the little things they can work on get pushed to the side in practices. What we do in our camp is we break down each skill into stations.”

These hands-on stations include the following fundamental skills: hitting, base running, and pitching; individual attention is paid to each player.

Traditionally, three camps/sessions are run. July’s session was for the kids who aren’t playing travel ball and Allstars to keep their skills up, however the kids who are could still attend to get some extra practice. The session in August is intended to get the players ready for fall ball. And, a winter camp usually runs the second week of March, just before Little League evaluations.

The two weeks of camp in the summer ran in 2020 with no problems – players were socially distanced, and masks were worn; 50 kids attended the first session.

Despite the pandemic and being the youngest varsity team in their league, the Saints still had a great baseball season. With four eighth grade starters and a seventh grader, they pulled off a 12-8 record.

“The seniors were real role models for the young guys,” said Coach Lambert. “They showed them the way of Saratoga Catholic baseball.”

Varsity players, alongside Coach Lambert, Coach Long, and alumni volunteers, will continue to demonstrate “the way of Saratoga Catholic baseball” with the kids ages 8-14 who attend the August session. The camp will run Aug. 9 through Aug. 12 from 9 a.m. to 1 p.m. at West Side Rec. Field (6 Coach Waldron Way) in Saratoga Springs. The cost of the camp is $175, and the price includes a t-shirt. For more information and to register visit www.spasaints.com. Fill out the registration form and mail a check (payable to Spa City Bombers) to the address listed on the form.