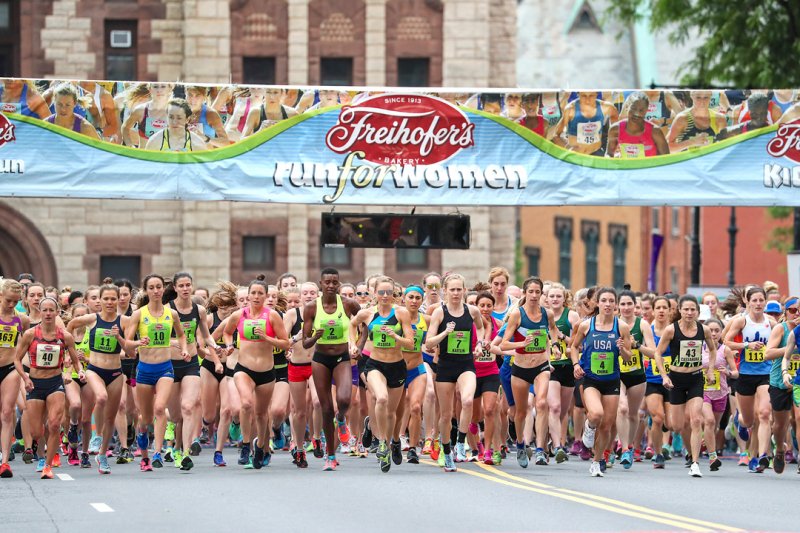 “What is special about running,” said Hislop “is that these women are balancing work and families and still make time for it.”

ALBANY — The elite field for the Freihofer’s Run for Women is beginning to take shape, with Ballston Spa native Megan Hogan among the pack.

The 43rd Freihofer’s Run for Women is set to take place on Saturday, Sept. 25 starting at 9 a.m. The elite field is typically made up of about 15-25 runners and the masters, for women 40+, is about 10 runners. Kristen Hislop, Event Director of the Freihofer’s Run for Women, said that this year they are looking at a more regional group of competitors.

“The course is fun and enjoyable for a variety of women,” said Hislop. “Its strategic though, as it starts on a hill and finishes on a downhill. Its not a record-setting course, but it will have a great finish.”

Megan Hogan, a two-time NCAA All-American and two-time Atlantic 10 Cross Country Performer of the Year at George Washington University, will be competing in the race. The Ballston Spa native and Saratoga Catholic graduate was the first American to finish the race in 2014, and finished 11th at the 2015 race with a time of 16:18.

Hogan has previously spoken alongside Benita Willis and Melody Fairchild in an elite runners panel hosted by Hislop. All three women are well-known runners, with career heights at different stages throughout life. Hogan now lives in Boston, MA. She is working as a full-time interior designer and strategist, studying to be a wine sommelier, and runs on the side.

“What is special about running,” said Hislop “is that these women are balancing work and families and still make time for it.”

Hislop mentioned that they have already started planning the 44th Freihofer’s Run for Women for June 22, hoping that before next year’s race they can resume having these collegiate and post-collegiate competitors visit and speak with local high school athletes.

“The Freihofer’s race sheds a light on runners from this region.” Hislop continued, “out of all the sports, this region produces some of the most successful runners.”