You Never Know Who or What is Waiting Around the Corner 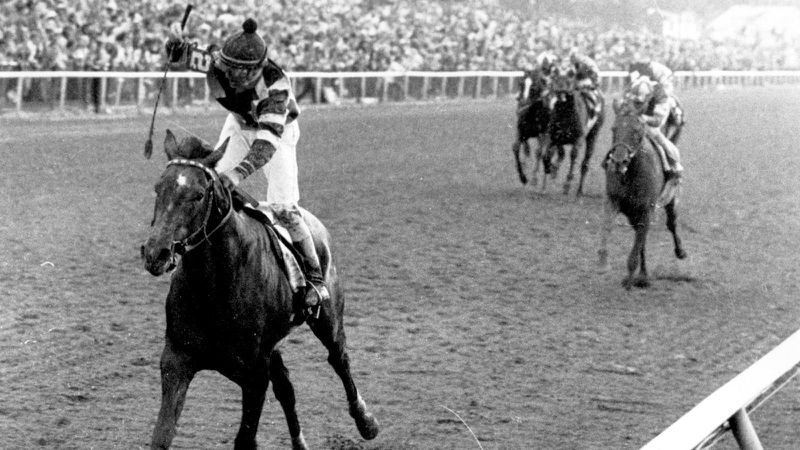 At Belmont Park on Saturday, October 2 they will run the Champagne Stakes for two-year-olds as they have in the fall since 1867. It is s storied race and one from which I learned some important lessons as a teenager.

It was the fall of 1978, the world was in its usual state of flux, New York City was in the midst of its financial crisis, and something called a cellular phone was being used for the first time. The world also saw a test tube baby for the first time and a handheld stereo called the “Walkman” was making music portable. A phantom named the Uni-bomber was beginning his terror spree. The only thing certain was that things were changing – quickly.

Those of us in the horse racing world, however, were confident we had it figured out. Everything had gone so smoothly since Secretariat came onto the scene.

Secretariat was so good as a two-year-old that he was named Horse of the Year. He roared into his three-year-old campaign and swept the Triple Crown with such authority it left young people and grizzled old horse players alike in awe.

Fans grudgingly accepted his early relocation to the breeding shed because his connections assured that he met all the tests of greatness. He was the best of his generation, won at sprints and routes, beat older horses, won giving weight, won on dirt and grass and in a sporting gesture and a nod to the Canadian roots of his trainer and rider, won in Canada. He set track records along the way and managed to be on the cover of news stalwarts – Time Magazine and Newsweek in the same week.

Secretariat’s departure to stud left a big hole in the sport, but it was clear that his babies would come along soon enough.

While we waited, Forego, who ran in Secretariat’s Kentucky Derby, would emerge as the best handicap horse in a generation; the fabulous, rough and tumble filly Ruffian would come along and thrill us like no other, and the fierce and fleet footed Seattle Slew would come along for unknown connections and dominate the Triple Crown again in 1977.

If that wasn’t enough, 1977 saw the beginning of a rivalry between two-year olds from different backgrounds. The royally-bred Alydar from Kentucky and the modestly bred Affirmed from Florida would trade victories as two-year olds and come into the 1978 Triple Crown races as rivals – each with their own fierce supporters.

In 1978 we were again treated to a Triple Crown winner in Affirmed – this time one where tenacity and grit – not power and brilliance – were the defining characteristics.

We understood this game now. We knew how to look for the next great one. When the first crop sired by Secretariat was less than stellar, we nonetheless remained confident that the next great one was right around the corner. When we turned our eyes towards the two-year olds of 1978 we knew what we were looking for and there he was. He was a son of Secretariat owned by Bertram Firestone; trained by Leroy Jolley and he was beautiful. His name was General Assembly.

It was at Saratoga exactly a week after the Travers (where Affirmed beat Alydar again but lost the race in the stewards’ stand) - the Hopeful Stakes - the last stakes of the then four-week Saratoga meet. General Assembly, the son of Secretariat was about to take his rightful place as the heir apparent. He didn’t disappoint. Not only did he run like his father, he looked like him. He rolled to an authoritative victory and we all nodded that we had seen the two-year-old champion and 1979 classic winner. Remember – we had this game figured out.

Eight weeks later at Belmont, October 8, 1978 General Assembly was favored to annex the Champagne Stakes on his way to the two-year-old Eclipse Award and I was assigned to work selling tickets on the third floor of the Belmont Clubhouse. The high rollers frequently gathered on the third floor of the Clubhouse at Belmont back then. I took pride in handling their large bets.

It was before the new era of computerized mutuals, and racing was slowly moving away from the requirement that each race only be bet in the thirty or so minutes before the race. Advanced wagering was being approached cautiously due to tradition and computer limitations. At that time advanced wagering on the remainder of the card could only take place after the Daily Double on the first two races.

Before the first race, I was approached by an unassuming man in his forties, and he asked when he could bet “the feature.” I politely told him he had to wait until after the Daily Double. After the first race, he reappeared. I indicated that it wasn’t after the Daily Double had been closed to wagering but after the races had been run. He apologized but dutifully returned after the second race to inquire a third time. This time I had to tell him he had to wait until the second race was official. He stepped away again.

Finally, the bell rang signifying all subsequent races were now open for betting. I motioned to the polite but impatient gambler, and he approached. He indicated he wanted to bet the feature. He produced four banded stacks of $100 bills each containing $5,000. He wanted to bet $20,000 - all to win.

Knowing that I had figured this game out, I prepared to print tickets on General Assembly - the heir apparent. I placed my hand on the number three button correlating to General Assembly. He corrected me. “Number 2 please” he commanded. “What!” I thought. “Are you sure” I said as I flipped my program to see who he was betting. “Yes sir” he said “Spectacular Bid. You might want to bet him yourself.” Flabbergasted I punched out 400 $50 Win tickets on Spectacular Bid – my mind puzzled. Was he mad or informed? Was he eccentric or slick? Was he too rich for his own good?

It would take hours to know. There was a buzz in the crowd as Spectacular Bid – not General Assembly – opened as the favorite but eventually the New York betting public ignored the early money and showed its loyalty to General Assembly, making him the favorite at $1.40-1. Despite the large early bet Spectacular Bid fell to the $2.40-1 third choice after Calumet Farm’s Tim the Tiger became the second choice in the last minute.

When the gates opened, we saw something different. What we then knew was that you never know what or who is waiting around the corner. Within jumps of the start Spectacular Bid had assumed the lead from his rail post position and the race was over. General Assembly would gamely try to get to the leader on the turn, but the gray colt would skip away and snatch the title of the next great one. He went on to one of the best horses not to win the Triple Crown.

Spectacular Bid’s New York debut taught me some lessons. In ascending order of importance, never ignore early money; respect what others know; and most importantly – “you never know who or what is waiting around the corner. As in racing as in life - the strongest opponent you may face is the one you don’t see coming – you simply never have everything figured out.”