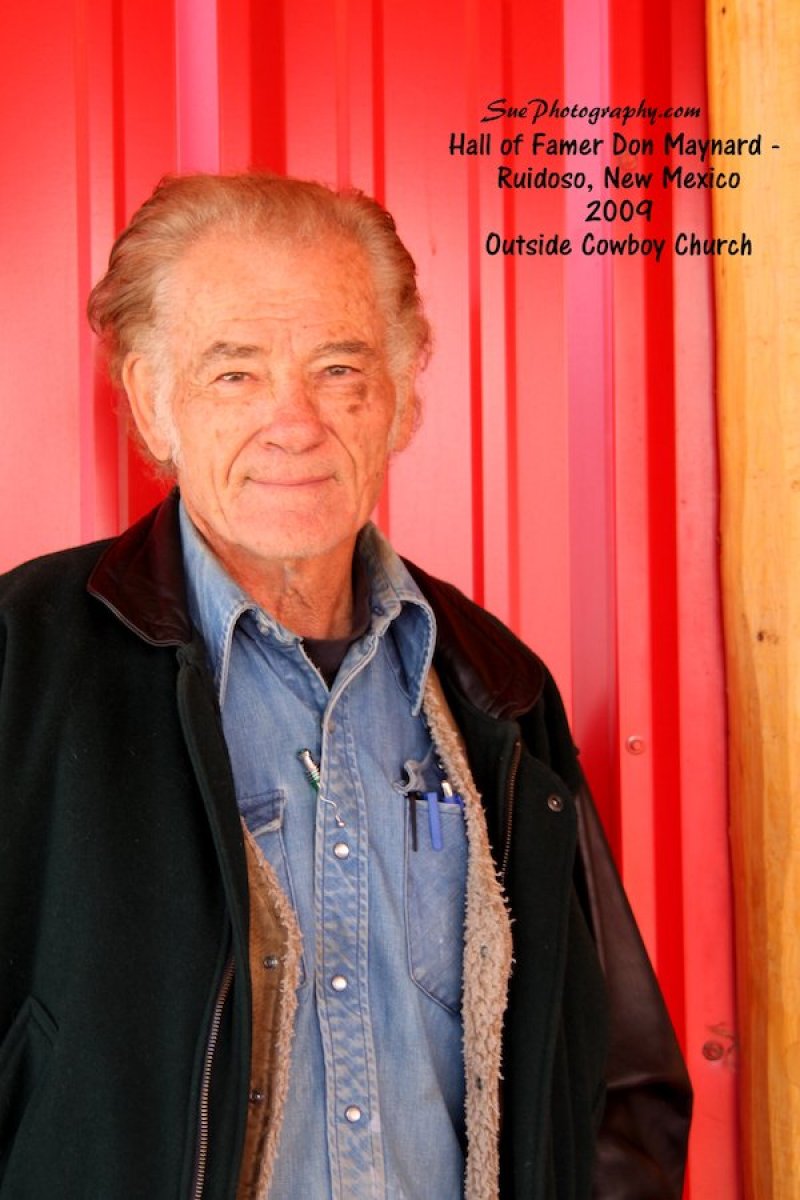 The late Pro Football Hall of Famer, Don Maynard, photographed by Sue Clark at a Cowboy Church in Ruidoso, NM.

SARATOGA SPRINGS — Don Maynard, Pro Football Hall of Famer, passed away last week at the age of 86. A local photographer recalls a chance meeting she had with the New York Jets great.

Texan native Maynard turned pro in 1958 after being selected by the New York Giants as a ninth-round draft pick in 1957. In 1960, Maynard became the first player singed by the New York Titans, now the New York Jets, ESPN reported. After playing 15 seasons combined in the AFL and NFL between 1958 and 1973, Maynard was inducted into the Pro Football Hall of Fame in 1987.

Local photographer Sue Clark had a chance meeting and photoshoot with Don Maynard during a trip to Ruidoso, New Mexico in 2009. She shared their meeting and a fond story about the football legend:

“I’ve been blessed with many adventures in my photography travels out west. Meeting Don Maynard at a Cowboy Church in Ruidoso in 2009 was one of them. I’d never been to a Cowboy Church. Being out west puts one square in church with all the high, lonesome beauty.

At the church, I noticed this tall lanky guy that seemed to stand out from the crowd. I had a tight travel schedule that day, and first needed to get to a western art show. As soon as people cleared away from him, I quickly asked this man when he was leaving the church if I could take a few shots of him. I asked if he brought his cowboy hat (I could already see the shot in black and white. That face would be perfect under a hat for my western collection of photography.). He said no cowboy hat, he had left it at home, but I set him up anyway against the red backdrop behind the church.

He then asked if I knew football, and said his name was Don Maynard. I said, ‘not really’. He said, ‘have you heard of Joe Namath?’. I said, ‘yup’. He explained the set up, and that he was a Hall of Famer. He then said he was having a group of friends and family over to watch a football game at his house, and would I like to come? I said thanks, but I declined, as I needed to stay on a tight schedule to make it to my destination before dark – and first needed to find a western art show at the Ruidoso, NM Center.

‘Follow me,’ he said, ‘my daughter is in the show.’ So, I followed Don to the show. I walked around a bit with him until he dropped off to his family. I then met the fabulous artist Narrie Toole. I talked with her for over an hour; I was blown away by her work. By then I was able to tell her than Don was in the house, and how interesting it might be for her to meet him. So, I had the two meet, they started talking, and I said bye! Off I went to find new adventures.

When I got back home, I told some of the guys that I had been invited to watch football at Don Maynard’s home in New Mexico. Some were crazed beyond belief when I said I had declined. Heck! I was on the road for more new adventures, camera in hand.”

Clark continued, “RIP Don. You are in the Big Cowboy Church now. Broadway Joe is going to miss you. Hope they took you out wearing your cowboy boots.”

Read 425 times
More in this category: « SCC Boys Basketball Mid-Season Update Sports at a Glance »
back to top