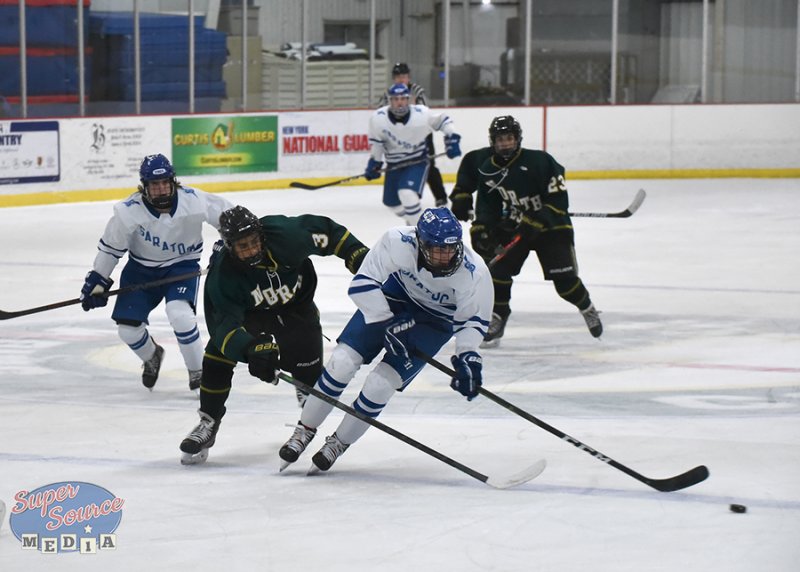 The Plainsmen put the pressure on early but were held off until the second period by sophomore goalie Xander Clarke, who had 25 saves in the first period alone.

Shenendehowa led 3-0 in the second period with two goals from Freddy Hicks and another from Calvin Hicks. Saratoga had a lot of good looks to score, and broke Shenendehowa’s streak with a goal from Payton Borak with just 2 minutes remaining.

The Blue Streaks rallied back in the third period with two goals from Grady Fraiser and one from Matt Rissetto to post a 4-3 win over the Plainsmen.

Saratoga, whose record improves to 5-7, is scheduled to play two more games in the regular season before Section II play-in games on Feb. 20 and 21.

More in this category: « 81st Season at Saratoga Harness Gets Underway in February Registration for Spring 2022 Little League Season Now Open »
back to top