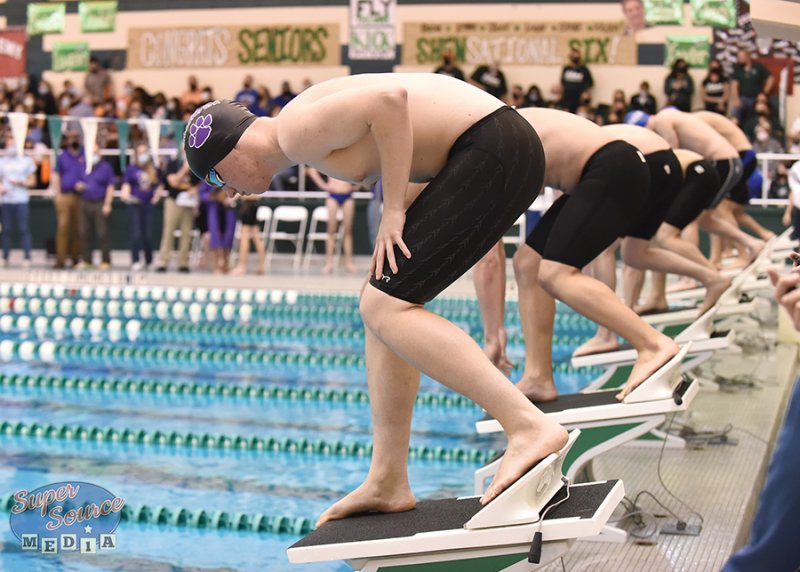 SHENENDEHOWA — Saratoga’s Varsity Boys Swimming and Diving Team had a 7th place finish to wrap up an outstanding 2021-22 season.

Under the guidance of Coach William Asay, who has been the Head Coach of the program for the past 20 years, the hardworking group had 13 members qualify for the Section II Division 1 Championships on Feb. 18 and Feb. 19 at Shenendehowa.

Top finishers in each of the events during Friday’s prelims swam in the final heats on Saturday; Saratoga made it the finals in 9 out of 12 events with tough competition from other local schools.

“We had a young squad with just 2 senior and 4 juniors,” said Coach Asay. “We have had big improvements all year long and it will take a couple years to develop, but we are happy with the progress we have made so far.”

Last month at their senior night meet, the team recognized their two seniors – Noah Ernst and Charm Feng Ang. Ernst, who is a versatile swimmer, and Ang, who specializes in the breaststroke, will be missed greatly next season.

“At every meet they have been supportive of the team, and they were very productive as far a scoring,” said Coach Asay.

Coach Asay also commented on how bright his student-athletes are; the team has maintained a 90+ average and will most likely be earning the scholar-athlete team award following this season.

As one of the only teams without their own pool to practice at (they use Skidmore College’s facilities), the Blue Streaks had some impressive results at the sectional meet.

Calvin Baird just missed state qualifiers with a 4th place finish and time of 4:58.90 in the 500 Yard Freestyle.

The last event was the 400 Yard Freestyle Relay. Competing for Saratoga, Connor Baird, Hannes Lohse, Mason Cartier, and Calvin Baird earned a 4th place finish with a time of 3:31.55.

Headed to States: For Saratoga, Connor Baird was the only one to place in the Boys Section II Top 40 as a State Qualifier in his events. For both the 200 Individual Medley and the 100 Butterfly, Baird is 5th in the section and qualified for States with times of 1:58.24 and 5.84, respectively.

“It is a big goal to get athletes to States, and Connor got there with his times this past weekend,” said Coach Asay. “It is always exciting because not many make it to that level.”

The Swimming/Diving State Championships will be held March 4 and 5 at Ithaca College.

More in this category: « 20-Year Streak Saratoga Gymnastics Wins Sectionals Martin Reaches Round of 16 in Tel Aviv »
back to top