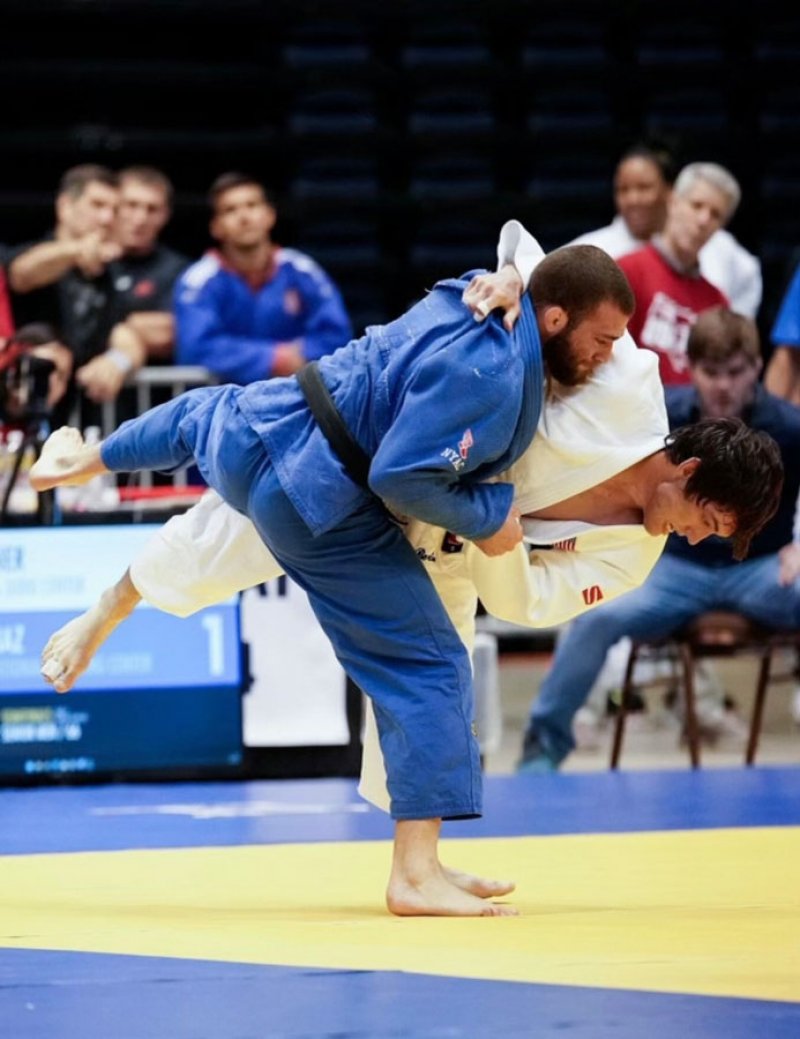 Among Ari’s wins was a semifinal victory over multiple time National Champ, Adonis Diaz (26) in an overtime thriller. Berliner is currently ranked #30 in the world. Ari’s brother Kell won his second 81kg National title also in thrilling fashion beating JMJC teammate, Max Alaynick (21)  in the semis and rival Nick Yonezuka (20) in the final. Kell was losing in the final and came up with a gorgeous counter sweep to score ippon (full point) with 20 seconds left against Yonezuka evening their head-to-head matchups 2-2. Berliner and Yonezuka have also met in the finals of the Ecuador Open which Yonezuka won and Dominican Open that was a win for Kell. Berliner won his first National crown in 2017.

Nicole Stout (25) repeated as 78kg Champion in dominating fashion. Stout was competing up from 70kg as she was fighting through a knee injury suffered in training 3 weeks ago.

Jess Alaynick (19) captured the gold medal in the brown belt 78kg category providing terrific experience for her as she moves into the elite divisions in the future. Nate Keeve (26) performed admirably taking a silver in the 100kg weight class. Keeve was in action for the first time since the world championships last July when he tore his ACL and had to have reconstructive surgery.

Brad Bolen (33) came out of a 3-year retirement to try and win his 7th National title to one up his coach, 4x Olympian, Jason Morris who has won six. Bolen ended up going 4-1 having to shake off the rust to earn a 73kg bronze medal to bring the JMJC total National medal count to 139 including 45 gold in its 22 year history.

Max Alaynick (21) turned his best nationals performance taking 5th place at 81kg and made it all the way to the semis before losing to teammate, Kell Berliner. Melissa Myers (26) who was defending her 70kg title wasn’t able to repeat and took 7th place. Iain Berliner (19) suffered a collarbone injury in his first 66kg bout and could not continue closing out the JMC’s participation at this years’ Nationals.