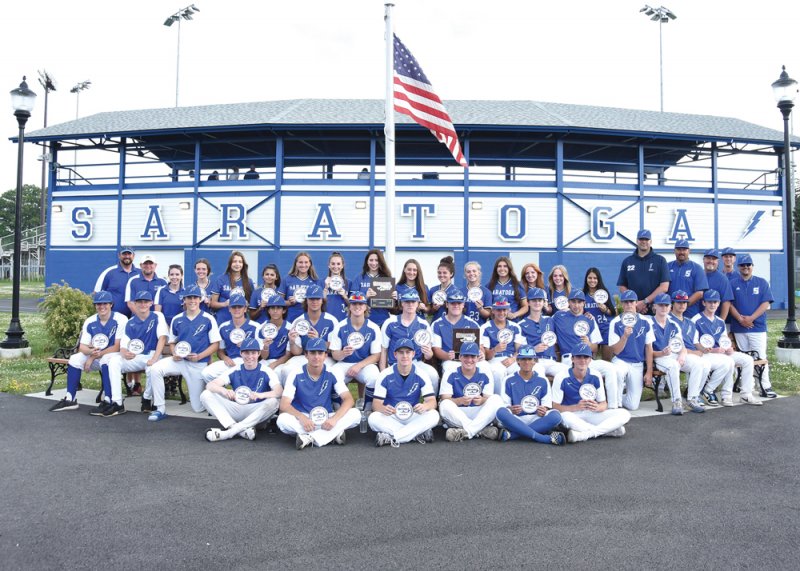 SARATOGA SPRINGS —It’s been an exciting week for the Saratoga Springs High School community as both the girls’ softball team and boy’s baseball team won the Section II title, earning a spot in the State Regional tournament.

"I am proud of what our softball and baseball teams have been able to accomplish this season. These teams have demonstrated the power in coming together as a team while showing continuous support for each other. The community is really looking forward to their upcoming regional contests," said Nick McParkland, Director of Athletics, Health and Physical Education.

Coming together as a team and supporting each other is part of what made both teams successful. The boys team, seeded seventh, upset Shaker High School in two games 7-4 and 7-6 with the winning hit driven home by eighth grader Raul Rodriguez.

“I’m super proud of all the guys. They ran pretty consistently all season and had a seven game winning streak. They also had a few tough losses that actually helped put us in a better place,” said head coach Andy Cuthberston.

The female’s team, also seeded seventh, upset the number one seed Shenendehowa High School 6-4 in the eighth inning. They tied the game up in the seventh inning and won the game in an extra inning.

“All season we’ve had ups and downs,” head coach Geoff Loiacono said. “The girls really came together as a team.”