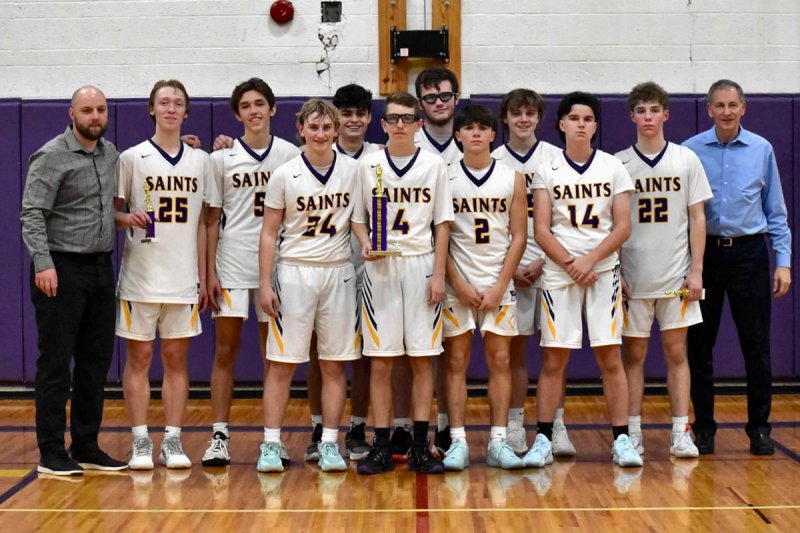 The Saints opened the tournament, and their 2022-23 season, with a 55-39 win over Loudonville Christian in the first round on Nov. 25. Ronan Rowe led the team with 14 points in the win, while Justin Duscher added 13. Aidan Dunne, Aidan Crowther, and Tyler Weygand each scored eight points for the Saints.

Spa Catholic captured the tournament championship the following day, holding off North Warren for a 54-53 victory. Duscher was named Tournament MVP for the Saints.

The team kept up its strong start to the year on Nov. 30, holding off South Glens Falls in a 49-48 win. The Saints took the lead over SGF with 7.4 seconds remaining on a free throw by Duscher, and Hunter Fales sealed the win by blocking a go-ahead three-point attempt from the Bulldogs in the final seconds.

Dunne led the team with 16 points in the victory, with Weygand adding 10. Duscher had eight points for the Saints.

The Saints continued their schedule on Dec. 6, opening Wasaren League play with a 76-46 loss to Tamarac on the road. Saratoga Central Catholic will play at Cambridge today at 7:30 p.m.