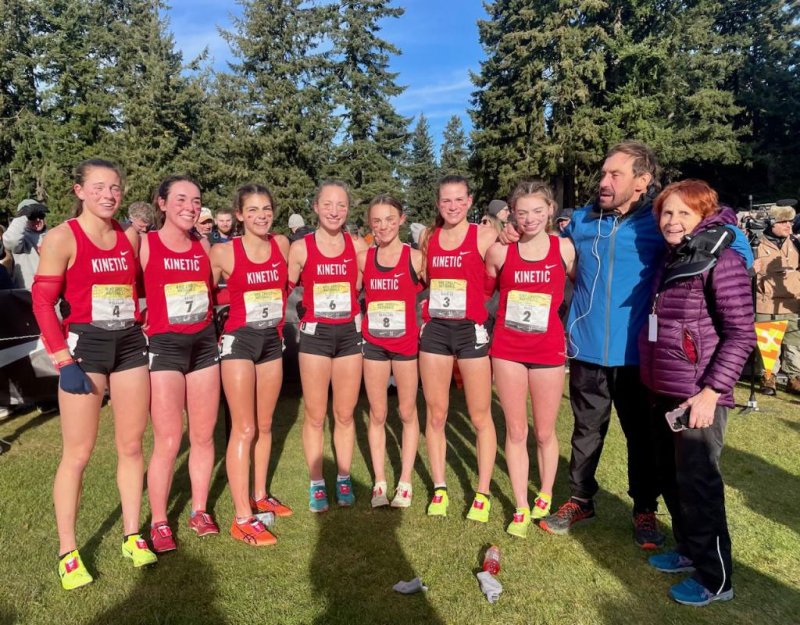 And just a week after that, the cross-country squad, competing as Kinetic Running Club at the Nike events, cruised to a victory in the Girls New York Championship 5K at the Nike Cross Regionals New York and New England. They kept it rolling this past Saturday, Dec. 3, finishing first with a team score of 81 points at the Cross Nationals.

Kinetic’s team score of 81 points was well ahead of second-place, with Niwot, a team out of Niwot, CO, finishing second (109 points).

See below for results from the team’s previous four races:

Saratoga had the top four finishers at the Sectional Championship race and placed eight runners in the top 15. The Blue Streaks recorded a team score of 19, finishing ahead of second-place Bethlehem (48 points).

In the state championships at Vernon-Verona-Sherrill High School in Verona, the Blue Streaks placed four runners in the top 10 finishers. With a team score of 23 points, Saratoga cruised past the competition, as second-place Jamesville-DeWitt (Section III) finished with 79 points.

Berglund also placed 14th at the Federation race (19:18.2), helping the Blue Streaks to a team score of 20 points, well ahead of second-place Bethlehem (117 points).

Competing as Kinetic Running Club at the Nike Cross Regionals, the team placed three runners in the top five, and finished with 19 points, once again finishing well ahead of the competition (Elm Ave A.C. was second with 77 points).