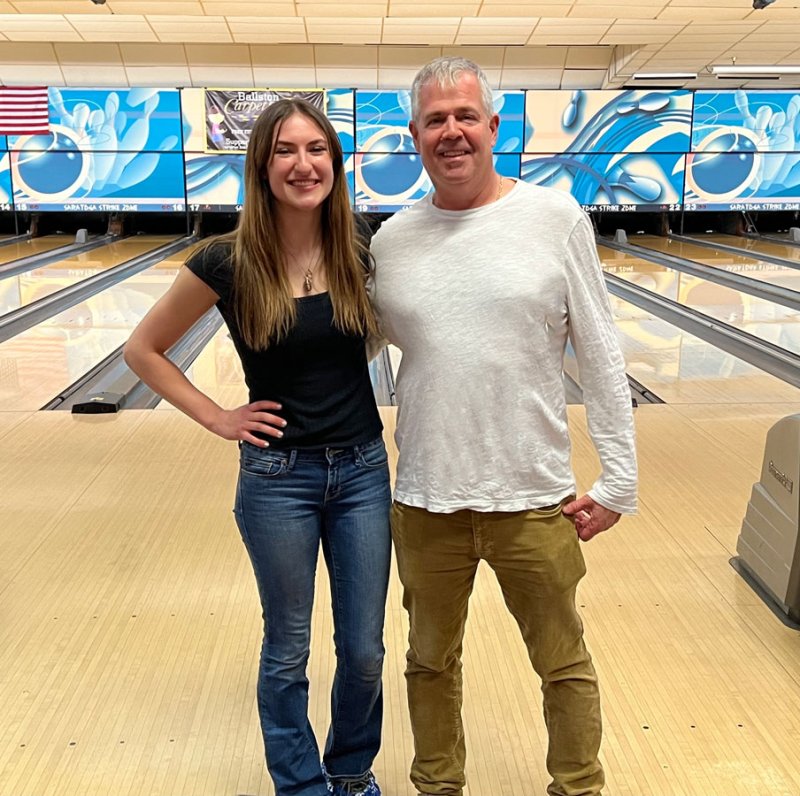 BALLSTON SPA — Ballston Spa junior Kennedy Barker has grown up around bowling. And on what she described as “a perfect day for it,” Barker was perfect for the first time.

Barker bowled her first-ever perfect game on Jan. 4, rolling a 300 during the Scotties’ loss to Columbia at the Saratoga Strike Zone.

“I’ve been bowling since, like, literally forever,” said Barker. “My mom used to own Tippy Bowl, so it’s just crazy, finally having that achievement. It’s nuts.”

Barker’s mother, Mo Barker, was the former owner of the Tippy Bowl, a bowling alley in Ballston Spa that has since closed. Barker said bowling has helped build her relationship with her mom through the years.

“(My mom has) just always pushed me for the best and stuff like that,” Barker said. “Having that bond with her, it’s always grown our relationship.”

“Obviously, she has a huge bowling background. Grew up in the lanes, and everything else,” said Snyder. “She’s big-time into it, and does the junior tour and other things. … It just adds excitement, clearly, to the fact that she gets a perfect 300 the other night. It’s very, very cool.”

Barker said she began to realize she could bowl a perfect game around the fifth or sixth frame.

“I was kind of like, ‘There’s only a little bit more, I’ve just got to get through this home stretch and then we’re there’,” said Barker. “But I didn’t think it was actually going to happen until I was around the eighth or ninth (frames), and then I started sweating and like, ‘Oh my gosh.’ It was crazy.”

“I said, ‘It’s getting real serious here’,” Snyder said. “It just kept going from there. If you’re the coach of someone who’s got a no-hitter going, you just don’t talk to them. You just stay clear, you cheer them on, but you don’t get in. You don’t want to give them extra advice, just let them go. … After 11, she was getting to her final one, she gave a smile, like, ‘Here we go.’ It was great to see her finish it.”

Barker said her mindset for the final shot was to simply, “keep it on the lane.”

“Honest to God, my vision was blurry,” Barker said. “I went up there, and I was just like, ‘Let’s just repeat the same shot as last time.’ After I threw it, I literally couldn’t see out of my eyes.”

The shot, of course, was a strike, completing Barker’s perfect game. She said the celebration afterward was, “literally like a dog pile.”

“Everyone was here, all my good friends, so it was just great to spend that time with them too,” said Barker. “Perfect match to do it, honestly.”

Snyder, who is in his first year as head coach of the girls bowling squad, said it was the first time he has seen a perfect game in bowling.

“To witness that, to see that, is awesome,” Snyder said. “With the ups and downs, like in any sport, that you deal with, it’s awesome to always reflect and remember back to when you were perfect, when you had that great game. … It’s a great thing, I’m glad that she had it, and it was awesome that she had it here.”

Barker also took a moment to shout out her first-year head coach for his efforts this season.

Snyder said Barker’s perfect game can help inspire the team, and help build confidence heading into the remainder of the season.

“Going forward, it helps inspire the whole team, and look to see if we can win a few more matches this year, which we have the opportunity to,” said Snyder.

Barker said there was some luck involved in the 300, but said it was “awesome” to be able to finish it.

“A lot of it was just, the pins fell as they may, kind of thing,” Barker said. “I got extremely lucky in the second frame. … It’s half-luck, half-skill, but honestly, it was a perfect day for it.”

More in this category: « At The Races With Saul Steinberg Exhibition To Open Jan. 18 at The National Museum of Racing and Hall of Fame Saratoga Senior Chudy Nominated for McDonald’s All-American Game »
back to top