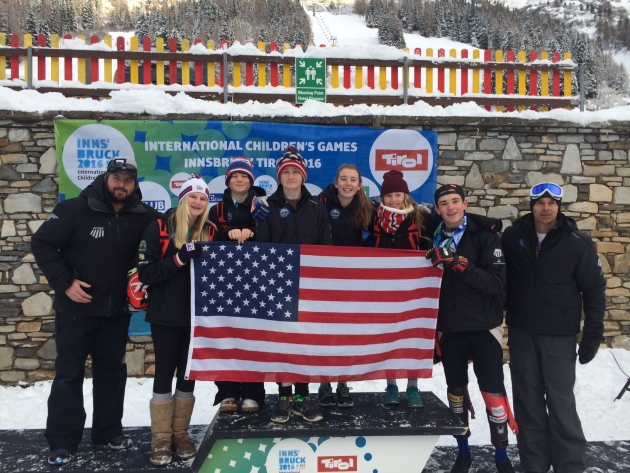 SARATOGA SPRINGS – It’s always nice to do a follow up piece like this. Saratoga Springs High School ninth grader Hugh Dempsey, the subject of our October 16 cover story, has successfully completed his journey as part of the first Team Lake Placid delegation to Innsbruck, Austria to participate in the 2016 Winter International Children’s Games (ICG).

They were over for the games from January 11 to 16, and Hugh, who participated in the Giant Slalom as a member of the New York Ski Educational Foundation, reported that he got a mega-dose of both alpine activity and cultural immersion in his time there. His experiences were enhanced by the fact that they were acquired under ICG’s banner of international goodwill and friendship.

In fact, the teams were often mixed as part of the games and Hugh had the experience of not only competing against athletes from all over the world- such as Bosnia, Greece and Germany - but having them as teammates as well.

Among the many highlights of this whirlwind trip, Hugh noted that he was particularly impressed with touring the Old City portion of Innsbruck, as well as sightseeing in Zurich, Switzerland on the way home. He scored an Australian football in a trade with members of that team; competed in the Boys Giant Slalom and finishing a strong 20th out of 88 athletes in that event (for complete results, visit http://www.innsbruck2016.com/wp-content/uploads/2016/01/Resluts_GS_boys.pdf); and was particularly proud to cheer on and congratulate his teammate Inez Burkard, from the Rochester area, who grabbed the bronze medal in her Giant Slalom event.

A major part of this adventure was not only forging friendships with Hugh’s international counterparts, but also with those members of his Team Lake Placid who competed in other events such as Nordic and freestyle skiing, and speed skating.

An experience of a lifetime. With many more on the horizon to come from this young man whom it has become a pleasure to get to know. We can’t wait for the next chapters!

More in this category: « Weibel Goes White and Streaks Ice Shen “Frees And Threes” Are A Breeze… For These Two »
back to top