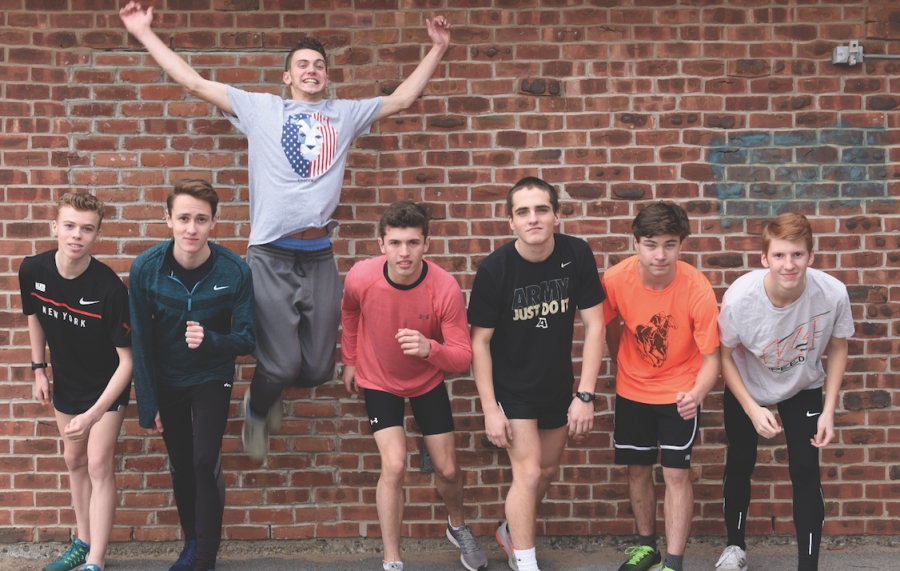 SARATOGA SPRINGS – A handful of Saratoga Springs athletes are set to run all the way to state finals this weekend.

At the final state-qualifying event at UAlbany this past Sunday, a number of athletes from Saratoga Springs High School secured their spots in the 2017 NYSPHSAA Indoor Track & Field Championships at Staten Island on March 4.  Among the events that they will compete in are 4x800 relay races, long jump, 3,200 meter races, hurdles, and more.

At the qualifier on Sunday, Saratoga senior Will Navin took the baton in the anchor leg position of the 4x800 relay while his team was in 2nd place behind Shenendehowa.  Staying focused on the prize, by the end he crossed the finish line in 1st place and secured his team’s trip to the state finals.  Along with Navin, the 4x800 relay team consists of senior Nick Brady, sophomore Peter Moller, and sophomore Ezra Ruggles.  For Brady, Moller, and Ruggles, this will be their first ever state meet.

“I was feeling really confident,” Navin said about starting the final leg of the relay.  “I just locked my eyes on [the Shen guy’s] back, stayed with him, and when it was time to go it was time to go.”

In the 3,200-meter event, senior Declan Hines and sophomore Shea Weilbaker will be competing.  This is the first state-level meet for both athletes.  Both Weilbaker and Hines say they are keeping their practice routines consistent with what they have been doing to keep themselves fresh and calm leading into the meet on Saturday.  Senior Nick Cavotta will be competing in the long jump event, and after his strong performance at Sunday’s event, is already qualified for championship division nationals.  Cavotta usually competes in both long jump and 3K, and so is changing his practice routine to focus strictly on long jump.  This means shorter, “more explosive” work outs.

“They say its gonna be a pretty competitive field,” Hines said.  “Gonna be good to just get out there and race.”

“I’m just excited, I don’t really have anything to lose,” Cavotta said.  “I didn’t expect to even get to this point.”

Senior Mimi Liebers, junior Keellyn Cummings, junior Caroline Starace, and sophomore Kelsey Chmiel will also be competing in the girls’ events at the state meet.  Chmiel and Liebers will be entering familiar ground this weekend, as each athlete has competed at multiple state level championships in the past.  Liebers  will be competing in the hurdle, Cummings in the 1K, Starace in the 1,500 leg of the relay, and Chmiel in the 3K.

“They’ve been working really hard,” Coach Chris Conley said, speaking to the achievements of his athletes.  “I think [making it to states] is a tribute to the work they put in.”

The venue for the state championship event will be the Ocean Breeze Track Facility in Staten Island.  According to coach Conley, the large location with its 200-meter track has a good chance of bringing strong times from the athletes competing.

“Should be some good performances down there,” Conley said.

More in this category: « State Champs: Tyler Barnes and Orion Anderson Claim State Titles Kelsey Plum: Basketball Players are Made, Not Born »
back to top