Fighting for a Cause: Local Boxing Night Raises Money for Bob Miller Fund 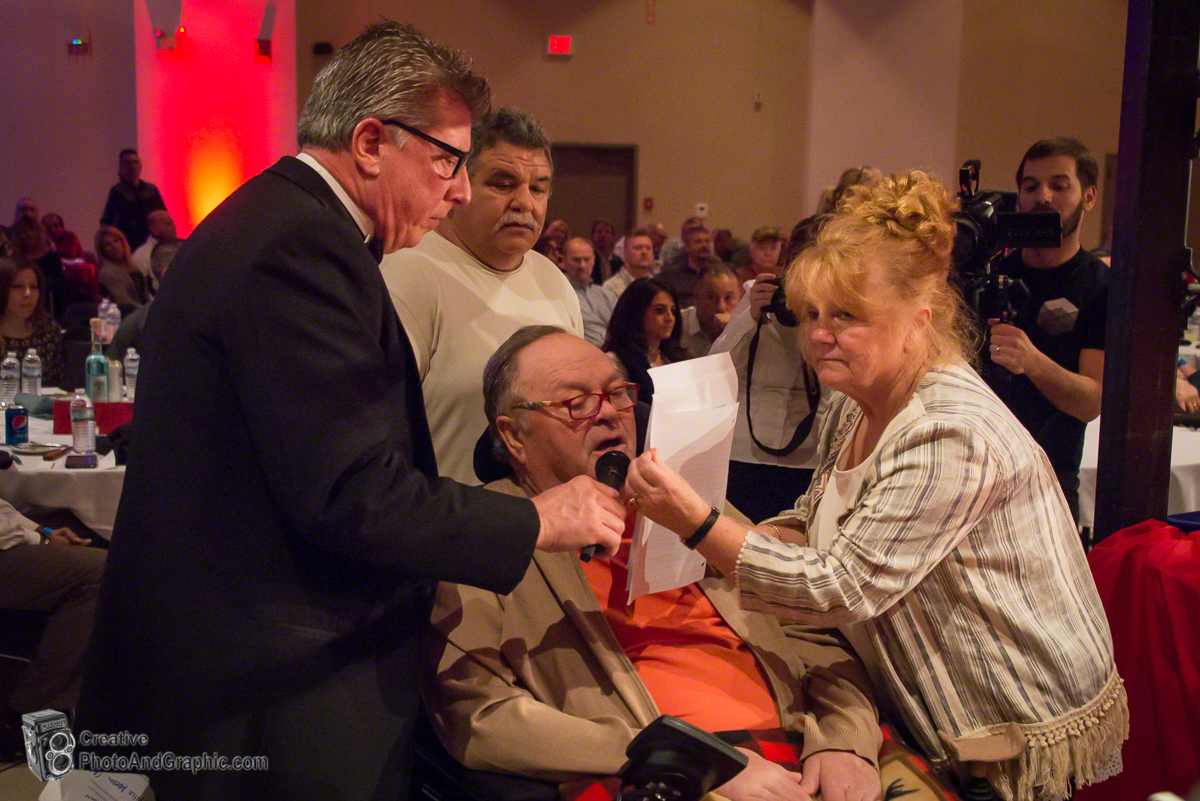 SARATOGA SPRINGS – Amateur boxers came together in Saratoga Springs this past weekend to fight for a good cause.

On March 25, the Saratoga Springs City Center played host to a night of amateur boxing to honor and raise money for celebrated Capitol Region boxing promoter, Bob Miller.  Miller, a 60-year industry veteran and founder of the Uncle Sam Boxing Club in Troy, was in a serious car accident on Oct. 15 of last year that left him paralyzed.  Shortly after, the Miller family established the Bob Miller Fund, a GoFundMe campaign with the goal of raising money to help cover Miller’s expenses, including “his medical care, the equipment (e.g., wheelchair, braces) he will need, and lodging for Linda, our father's wife, and the immediate family so that we can continue to support him during his long rehabilitation away from home,” according to the page’s description.

Doors opened for the event at 6:30 p.m., with the first bout commencing at 7:30 p.m.  A total of 13 bouts took place over the course of the show, which drew around 850 attendees.  According to city center executive director Ryan McMahon, when factoring in volunteers and trainers, the total attendance number for the night was closer to 1,000.

Some of the bouts on the card included Schuylerville-native Joey Barcia against Francis Hogan of Boston, Alison Watson of Vermont against Jamere Shelby of Albany, Malachi Davis of Albany against Richard Hogan of Boston, and the Uncle Sam Boxing Club’s own Tugar VanDommelen against Gianni Gragnano.  In addition to the boxing, other fundraising activities at the event included a raffle and a silent auction.

At time of writing, event organizer Dave Wojcicki estimates that the event raised around $15,000 for the Bob Miller Fund.  When asked if the city center would possibly work with Bob Miller and company in the future, McMahon was optimistic.

“We would love to,” McMahon said.  “Bob is a long standing client and fixture in Saratoga Springs boxing.”

Anyone interested in donating to the Bob Miller Fund can find the campaign’s page at www.gofundme.com/bob-miller-fund-2unsxys.

More in this category: « Saratoga Boys Lacrosse Gears Up for Spring Saratoga YMCA Youth Basketball Finals »
back to top