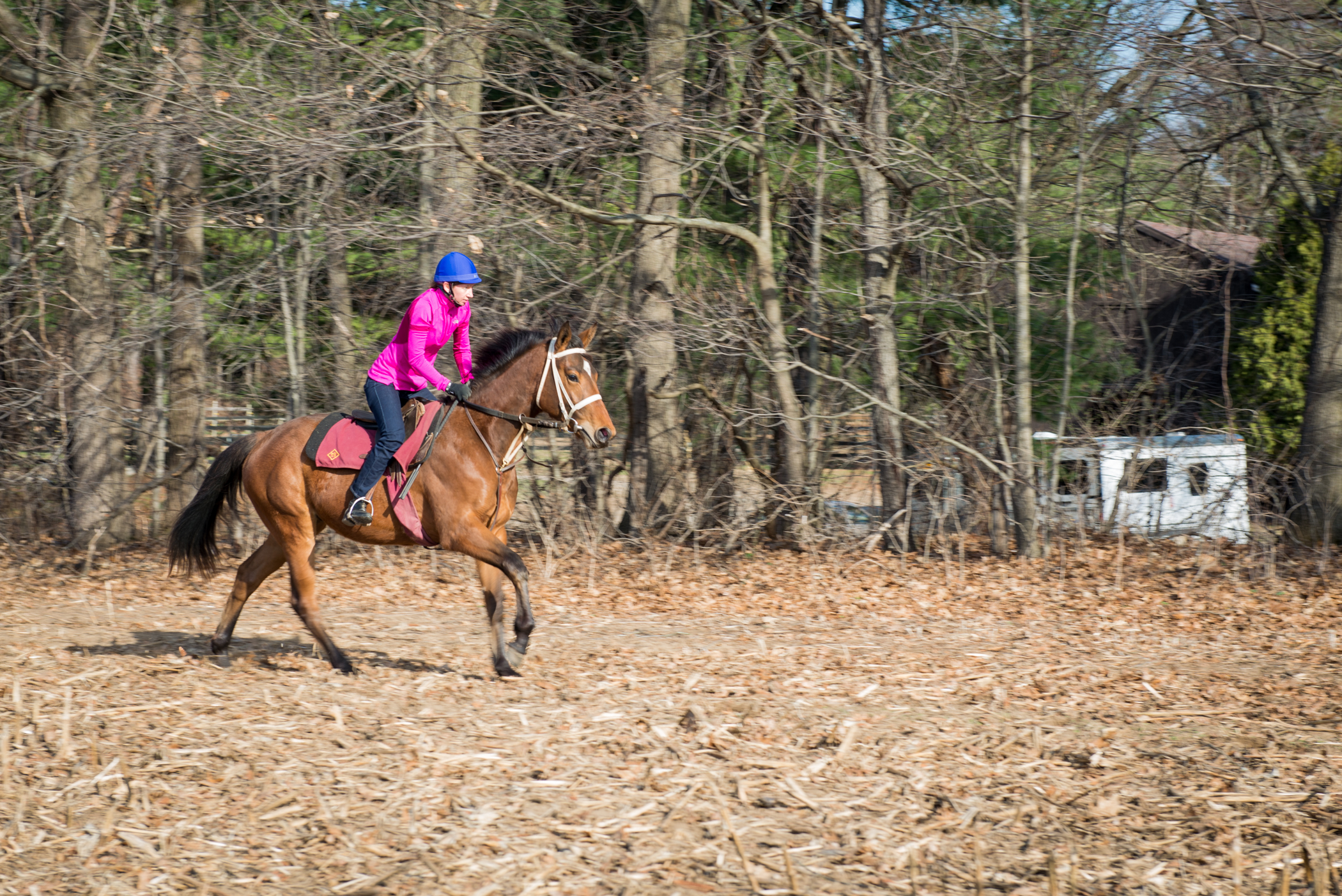 SARATOGA SPRINGS – Galloping up and down the emptied corn filed behind Pitney Meadows Community Farm, “Claude’s Alley Cat” begins its preparation for the 2017 racing scene in earnest with some gentle exercises.  Before long, the two-year-old stallion will move onto the Oklahoma Training Track, across the street from the Saratoga Race Course, to begin more intense training.

For trainer Melvin Winney, Claude’s Alley Cat, named in memory of his late father, looks to make his return to the horse racing business a successful one.  Running his first winning horse back in 1996 with “David Parson,” Winney went on to run eight winning horses during his career, including “Back Door Deal” and “Ms. Will a Way.”  Now, after five years away from the business, he sees the potential for victory in his latest horse.

“He’s been doing everything right from day one,” Winney said.  “He broke easily, quietly.”

Winney’s new horse was sired by celebrated stallion “Desert Party,” which currently resides at the Irish Hill Century Farm in Stillwater and was previously owned by Sheik Mohammed bin Rashid al-Maktoum of Dubai.

“Most two-year-olds will go out with other two-year-olds to keep each other company,” Winney said about his new horse.  “This guy, he doesn’t need any company, he’s very attentive, he’s focused.  He’s like an older horse for a baby.  He’s just a baby.”

More in this category: « Scotties’ Winning Debut Veteran Breeder Returns to Saratoga with New Horse »
back to top