Great Success at the Code Blue Needs You Road Race 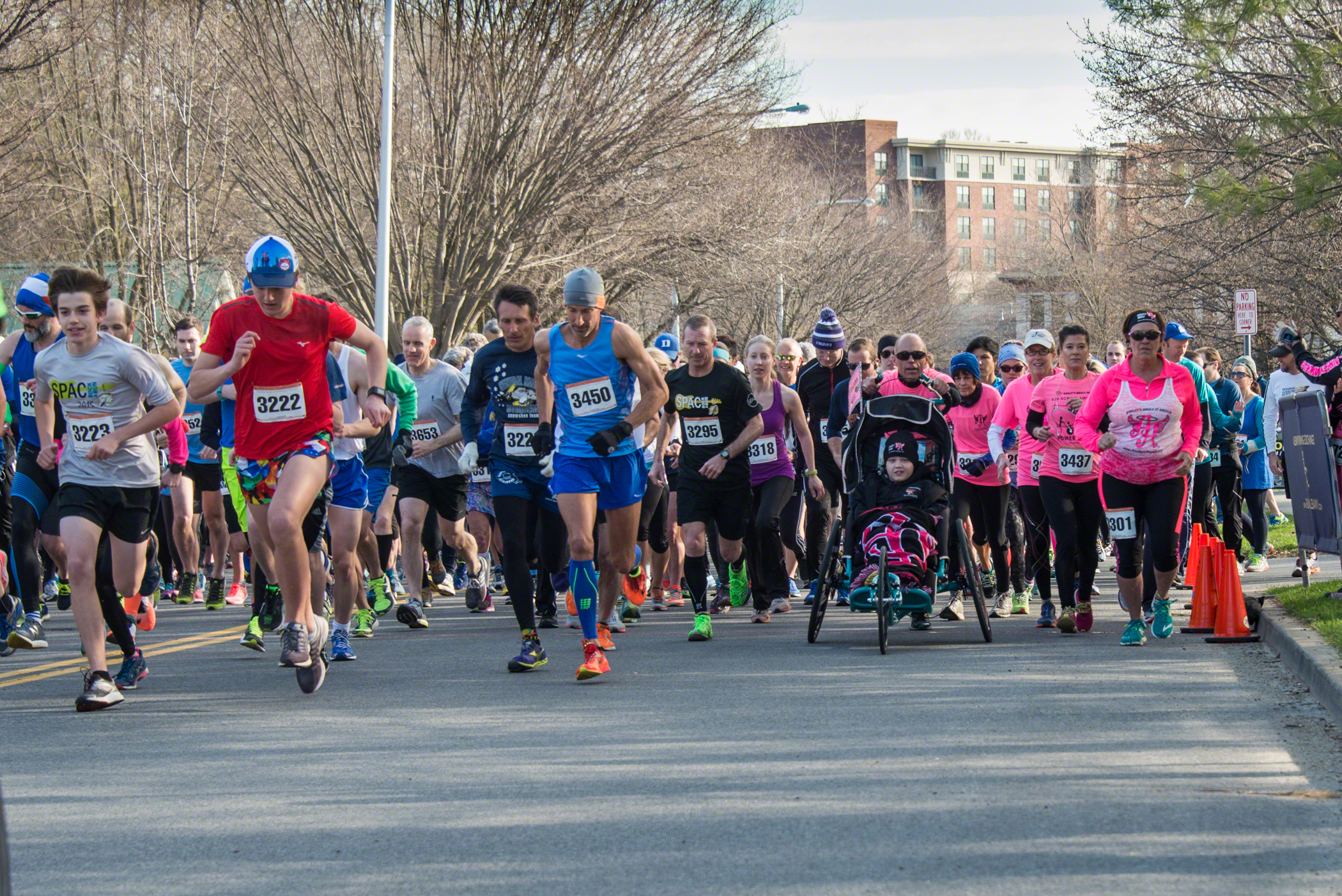 SARATOGA SPRINGS – The Code Blue Saratoga Emergency Shelter’s annual “Blue Needs You” 8K run and expo took off through the streets of Saratoga Springs last weekend, and the results were all that the organization had hoped for.
Each year since beginning the 8K run event, Code Blue, a local emergency shelter for the homeless, sets a budget-level for the year going forward with the hope that the funds raised at the event will match or exceed it. This year, the proposed budget was $40,000, which the Blue Needs You event raised almost exactly, according to executive director Michael Finocchi.
“We were right on target,” Finocchi said.
This budget was up slightly from previous years’ races. Despite raising a larger amount, this year’s run saw fewer runners, 470, compared to last year, though still significantly higher than the first year. Finocchi and other at Code Blue say that this lower attendance may be due to other runs that were being held at the same time. This had not been the case in previous years.
This year’s run started out from High Rock Park in downtown Saratoga Springs. From there, runners took Lake Avenue for a ways, crossing up and down a number of side streets before ending up on East Avenue. From East, the runners went all the way to Excelsior Avenue where they took a right, following the street all the way through a loop it makes near the Residence Inn near the Northway. Coming back down Excelsior, they turned onto Excelsior Spring Avenue briefly, and then turned once more onto the Spring Run Trail. Following this trail all the way back down to East, they once again returned to High Rock where the run concluded.
Code Blue is a shelter that provides emergency housing for the homeless during severe winter weather conditions, such as when the temperature drops below freezing or when more than 10-inches of snowfall is predicted. Code Blue also works to transition its residents to more stable living situations, including apartments or rehab services.
“It was very reassuring when you’re down there and you see how many people care about those we help,” Finocchi said.