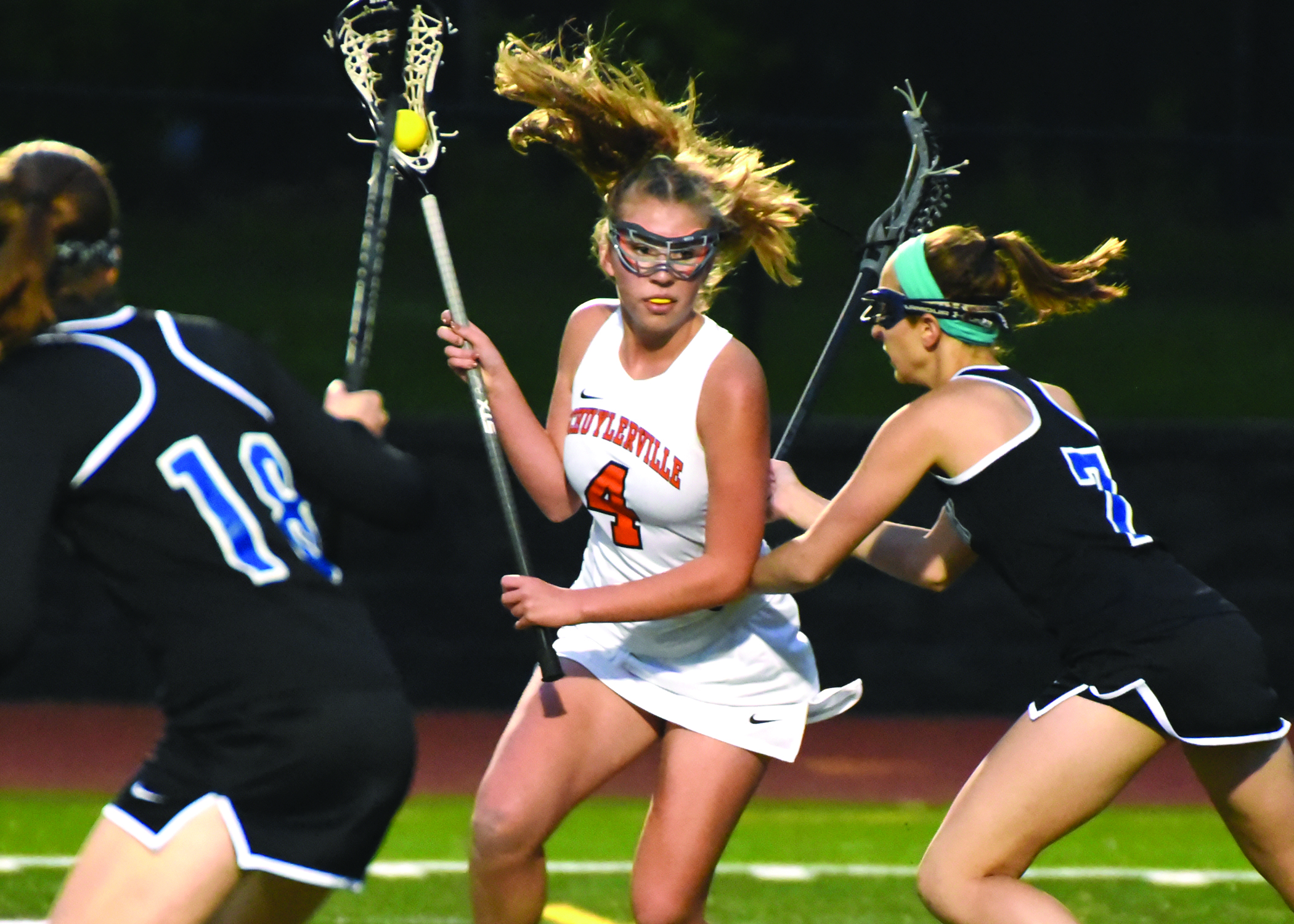 SCHUYLERVILLE – After a disappointing 2016 season, the Schuylerville Girls Lacrosse team finally has their hands on gold.

Facing off against Catholic Central in the Class D Section II finals, Schuylerville bested the competition to take home the  section championships.  Coming off of the 2016 season, in which they came up short in the sectional finals against Scotia, this win was a huge moment for the team.  This year, the team competed in the newly created Section D, whereas last year, they competed in Section C.

“The girls were beyond elated,” coach Erin Lloyd said about the team’s reaction to the victory. “They wanted to be able to call themselves champions, and they had worked so hard for it.  Their energy was so palpable immediately.  Even before the buzzer.”

Lloyd said that this season’s team used the disappointment of loss to fuel their growth.  A lot starting sophomores from 2016 were back on this season’s team as juniors.  Some of the major things that they worked on improving were their game knowledge and game sense, as well as their individual skills.  Offensively, they focused on understanding the core components of the plays in their repertoire, while defensively they worked to increase the number of techniques they employed.

On the field this season, Lloyd noted that a major strength for the team has been their wide variety of big scoring players.  Looking at the season’s statistics, she found that they had a greater number of consistent scorers than the average team.  This made them harder to defend against, since the offenses were coming from more than a few players.  Amongst the team’s many scoring players, Amy Moreau stood the tallest with 110 goals and 30 assists for the season.

Moving on from the sectional win, Schuylerville faced Section IX team Millbrook in a regional game on May 30 at the neutral Burnt Hills-Ballston Lake High School field.  Despite the team’s momentum, their season unfortunately came to an with a score of 15-10.  Lloyd noted that the strong team play that had carried the team forward to that point was somewhat missing from the game, likely contributing to their loss.

Lloyd believes that, like before, the team will carry forward the disappointment of this regionals loss to drive them next season.  She anticipates only needing to fill two positions next year, those of departing seniors Brooke Carpenter and Alexa Goldenberg, and having most of the team in place should allow them to build on the successes and shortcomings of the 2017 season.

“I use the phrase ‘stepping stones,’” Lloyd said. “Last year we got to the sectional finals, and this year we won it and got to the regionals.  So, being able to build on these stepping stones, I know that this year’s junior class that’ll be seniors next year are really gonna want to get back there again.”

More in this category: « Fastest in the Nation Saratoga Tennis Clinches First Ever Doubles Title »
back to top