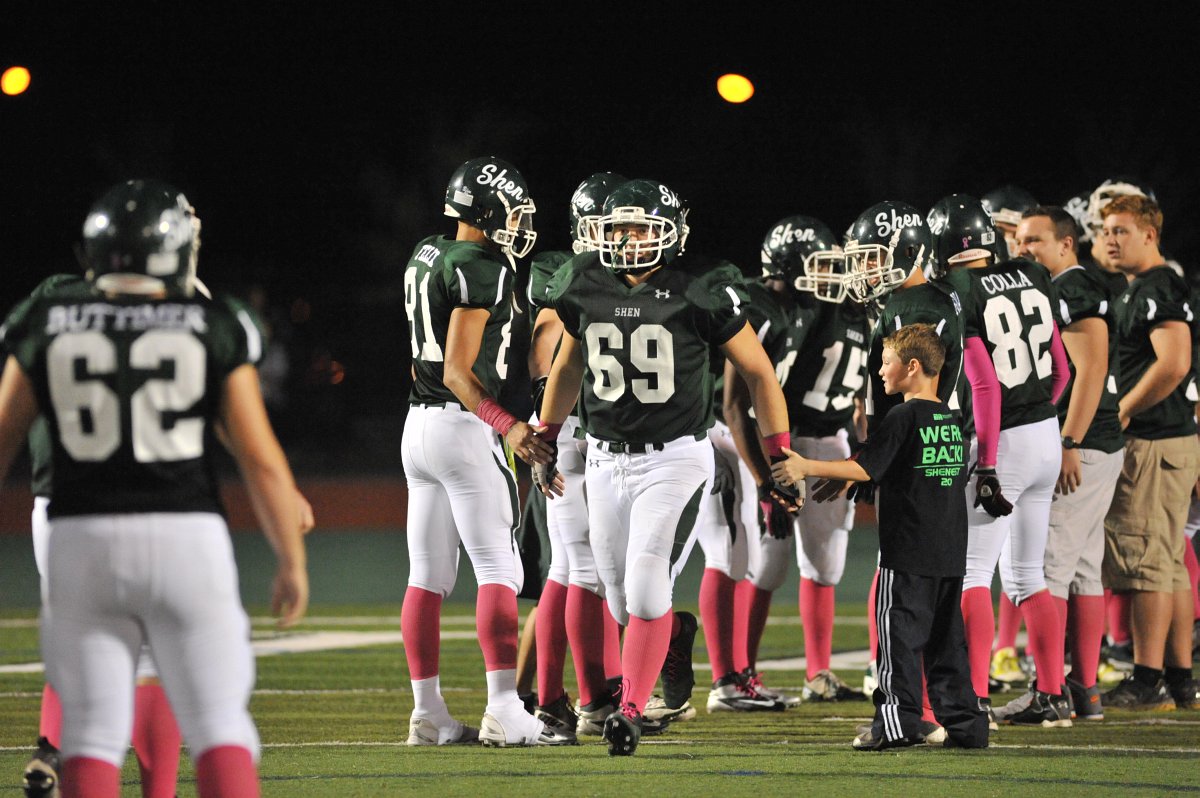 SHENENDEHOWA – Coach Clawson is excited for the upcoming season. The Shenendehowa Plainsmen are the biggest rivalry of hometown team Saratoga Blue Streaks. Their first rival game of the season takes place Friday, Sept. 8 at 7:00 p.m.

“I feel good, we had a really good off season of preparation. We have a lot of off season football activities,” Clawson said.

“Coming into the season we have 10 returning starts and with all the development that happened in the off season, the team came into practice on Aug. 14 and they were fairly advanced then we usually were so that’s really helped. We had 66 kids try out for the team, we have 52 players on the roster, and they’re all contributing in practice,” he stated.

One thing that never leaves the forefront of the Shenendehowa communities mind is the tragic death of previous varsity football player Christ Stewart. Chris and Deanna Rivers, a softball player from Shenendehowa, both perished in a car accident on Dec. 1, 2012.

“We retired Chris’ number after the 2012 season. Fortunately for Chris, he got to play his senior season. He was a captain; he was a three year starter, phenomenal defense, and offensive player. Chris had a larger than life personality; whenever he came into the room he brightened it. He would cheer everyone up. He was one of the students that would walk through the hallway and say hello to all the custodians, teachers, and students. It was a true pleasure to have him on the team,” Clawson said.

“Roughly 24 juniors came up from JV and we have three sophomores on varsity,” Clawson said proudly.

“There is a lot of excitement amongst the players. They are very focused, hard working group and they love playing football, Clawson stated.

The Shenendehowa Plainsmen played their first game on Sept. 1 against the Guilderland Flying Dutchman. The Plainsmen won versus the Flying Dutchmen, 48 to 27.

More in this category: « Corinth Tomahawks Stillwater Warriors »
back to top