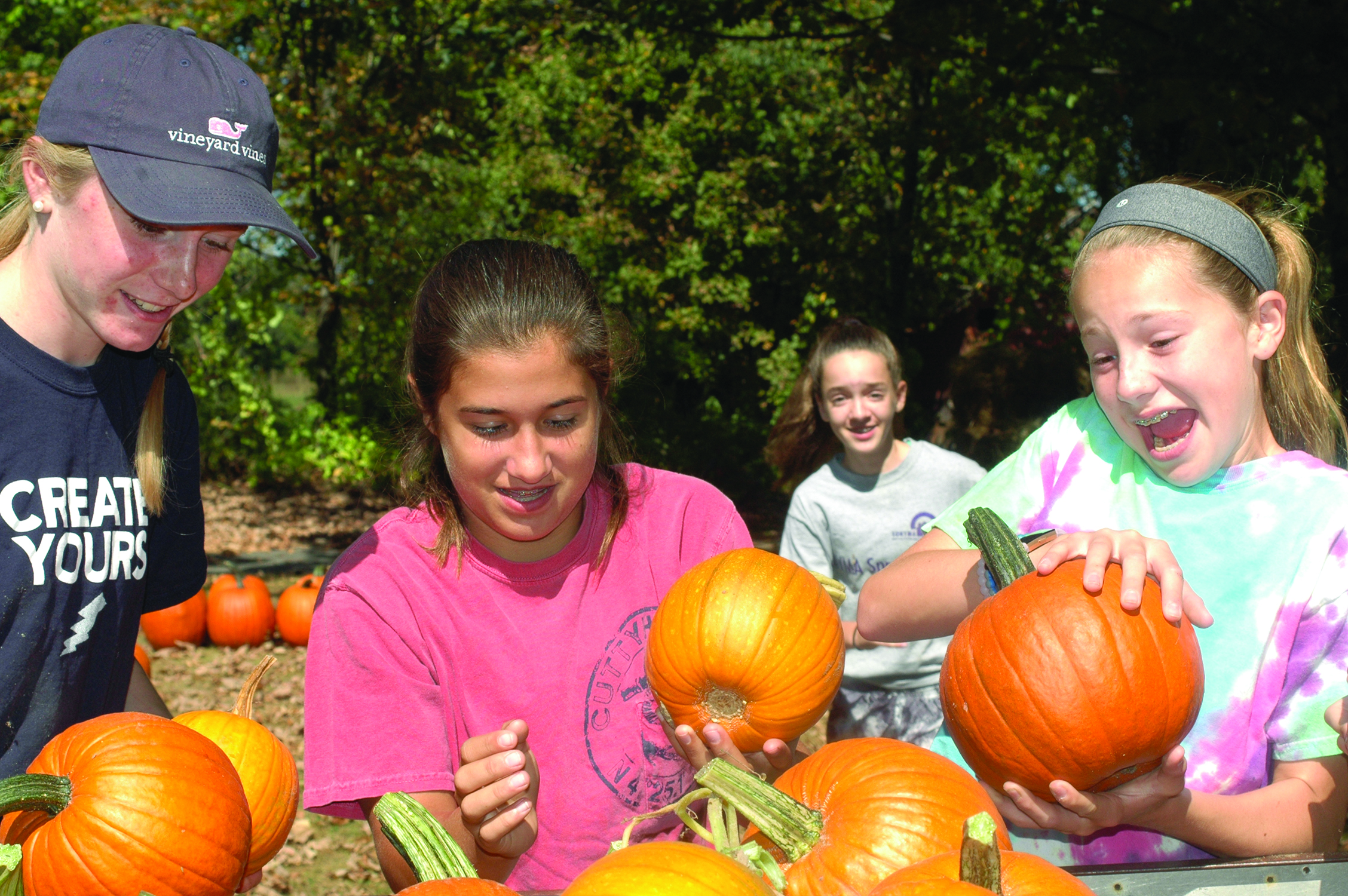 [All photos by www.PhotoandGraphic.com.]

SARATOGA SPRINGS – The Vincek Farm has been around for 90+ years, since “before the birth of our nation,” owner Laura Vincek relayed.

Vincek Farm was owned and operated by John Vincek up until his passing in July 2017 from a long battle with metastatic melanoma. His wife Laura and his children continued to work the farm after his death.

John’s grandfather bought the farm after moving to America and his father and uncle chose to work off-farm careers. John chose to follow in his grandfather’s footsteps.

Sarah Bolles and nine of her field hockey teammates have been working at the farm the last few weekends to help with the pumpkin harvest. Sarah has gone to help at the farm four times. The team has joined her twice. Sarah has played on the field hockey team at Maple Avenue Middle School for two years and is coached by Colleen Belanger, she plays defense. So far this season, the field hockey team is undefeated and each game has been a shut-out. However, Sarah says the best part is being on a team and being able to participate in activities and community volunteer work like this.

“With technology, everything is really quite simple. We have a group chat for our team so we just kind of sent out a message and just explained to them the situation. A lot of people were like ‘yeah of course!’ it was actually a pretty good turn out,” Bolles explained.

“These girls are absolutely lovely and into all of the farm aspects. They had great questions and were delightful; we were so pleased with them. We were really impressed,” Vincek said.

For two hours, the field hockey team helped the farm to pick pumpkins for two Saturdays in a row.

“You can get a lot done in two hours,” Vincek explained.

“We’d go out with this big tractor that basically has a bed in the back. There are people picking the pumpkins and lifting them onto the tractor and once it’s all full we unload them and put them in a nice display according to size,” Bolles said.

Isabelle Kelly, a teammate of Bolles’ said, “I was very happy to help out the Vincek family. It was great to be able to work together as a team to do something that would help out others in our community.”

Kelly plays defense and has been playing field hockey since third grade after being inspired by her older sister.

The Vincek’s built this farm from a “starvation farm” into a business. John developed a composting facility that turns poor soil into richer soil, and from there, the farm became a bigger business.

In the summer months, you can buy vegetables at the farm and in the winter they sell hay and straw to their large animal customers.

The Vincek family has “the highest of praise for Sarah Bolles and her teammates, we are eternally grateful for their help with our pumpkin harvest.”

After the pumpkins, the Vincek Farm’s next crop will be turkey.

As far as a fundraiser for the farm goes, Sarah has given it some thought but she wants to perfect the idea first.

“You can just show up at the farm Saturdays at 1:00 p.m., any help is good. Just show up, be like ‘I’m here to pick pumpkins’ and they’ll be more than happy to put you somewhere,” Bolles said.

More in this category: « No Losses: Area's Undefeated Football Teams Star Female Athletes of the Region »
back to top