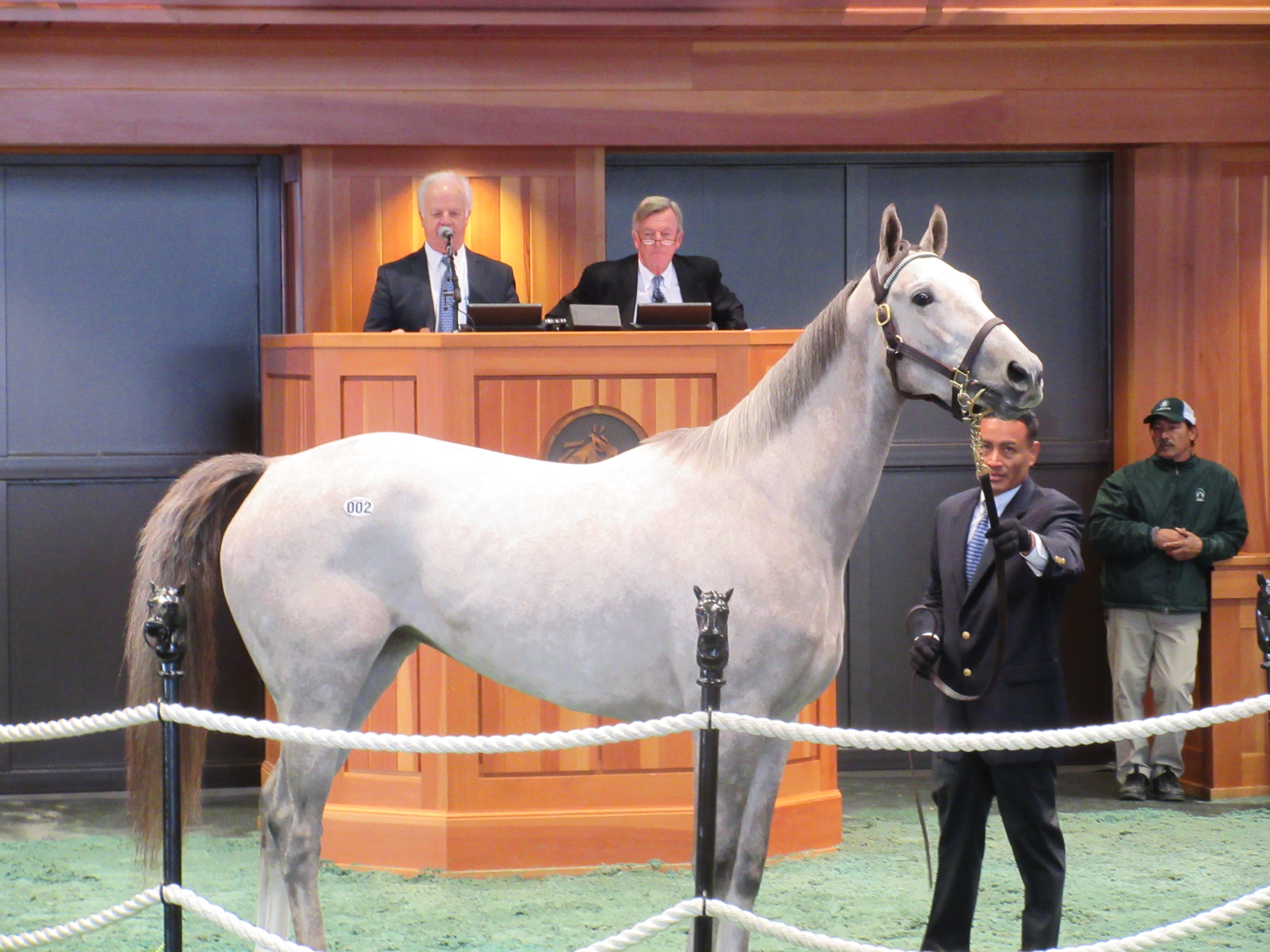 [All photos by Lori Mahan.]

SARATOGA SPRINGS – On Monday, Oct. 16 the Fasig-Tipton Fall Sale took place in the Humphrey S. Finney Pavilion in Saratoga Springs, NY. Out of 236 horses up for sale, 144 horses sold for an average of $22,674, the highest average sale price since 2012, after the sale was reconstituted from a 15-year hiatus. This sale featured a mix of mares, yearlings, and thoroughbreds that were born earlier this year.

This sale continued what the August Fasig-Tipton started with an uprise in sales. The Saratoga Select Yearling in August saw an increase of 16.3.

The highest selling horse this year, for $170,000, was born to Into Mischief and Darling Mambo, and was bought by Mahoney Eden Manor & Classic Bloodstock.