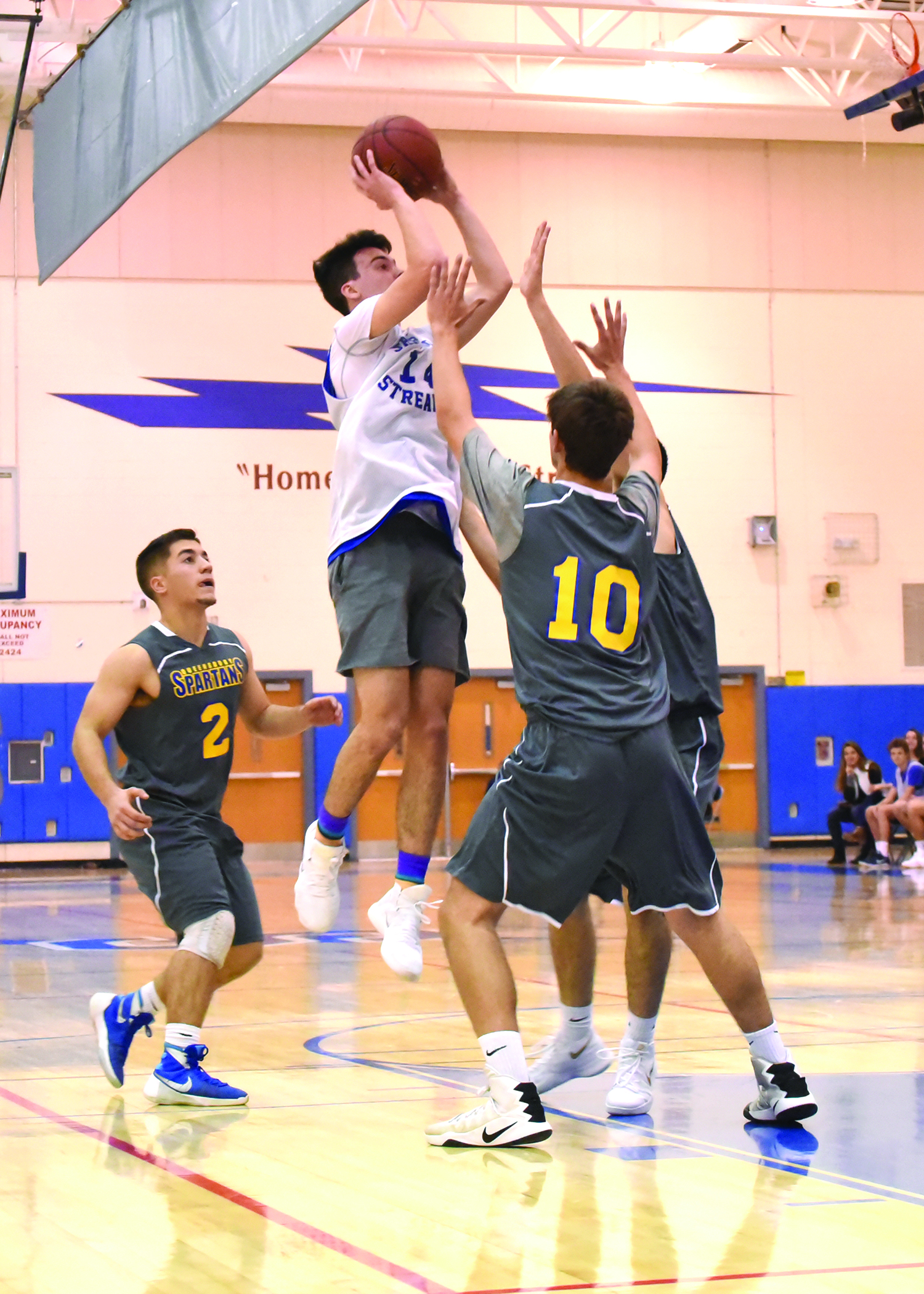 SARATOGA SPRINGS — Coach Matt Usher has been coaching varsity basketball at Saratoga Springs High School for the last five years and he and his team of five seniors, seven juniors, and one sophomore, are ready for the new season to begin.

“We’ve been pretty balanced. We’ve got some depth and some athleticism and hopefully we can use and have a different guy ready to contribute on any given night, so that’s nice to have. You never know who’s going to step up from game to game,” Usher explained.

“We’re going to be looking to him for a lot of leadership and rebounding on both ends of the floor. He’ll be our guy that we can look to in a tight game,” Usher said.

Hart has accepted a baseball scholarship to Marist College for next year. Lawton has been on varsity since his sophomore year as well and has started for the team for the past two seasons.

“He’s a very good shooter, we’re going to be looking to him to continue to do well from outside of the perimeter shooting and also scoring in a variety of ways,” Usher explained.

Patnode “had a really good off-season, he’s come in and done a nice job in the pre-season so far,” Usher said.

It certainly helps that Patnode is 6’7”.

You may recognize some of the guys shooting hoops on the court this season from the football field in the fall. Wes Eglintine, quarterback and Carter Steingraber are both on the basketball team. Eglintine recently returned to basketball after being out last year for an ACL injury. So far, this season, there have only been a few minor injuries.

“Hopefully we can, knock on wood, stay healthy,” Usher said.

While the dual athletes may not have as rich of an off-season as the other basketball players, “in the same hand, they come in and they’re strong and they’re tough and they’re used to the physical contact and we need some of that as well. We have some other players that are very skilled, but maybe not as strong as some of these other guys coming in off the football field,” Usher explained.

Although Usher feels good about the teams’ offense, he knows they need to work on their defense.

“There is no night off when you play in the Suburban League. It’s very deep and wide open this year,” Usher said.

On Tuesday, Dec. 5, the Blue Streaks will take on the Christian Brothers Academy at Saratoga Springs high School, the game starts at 7 p.m.