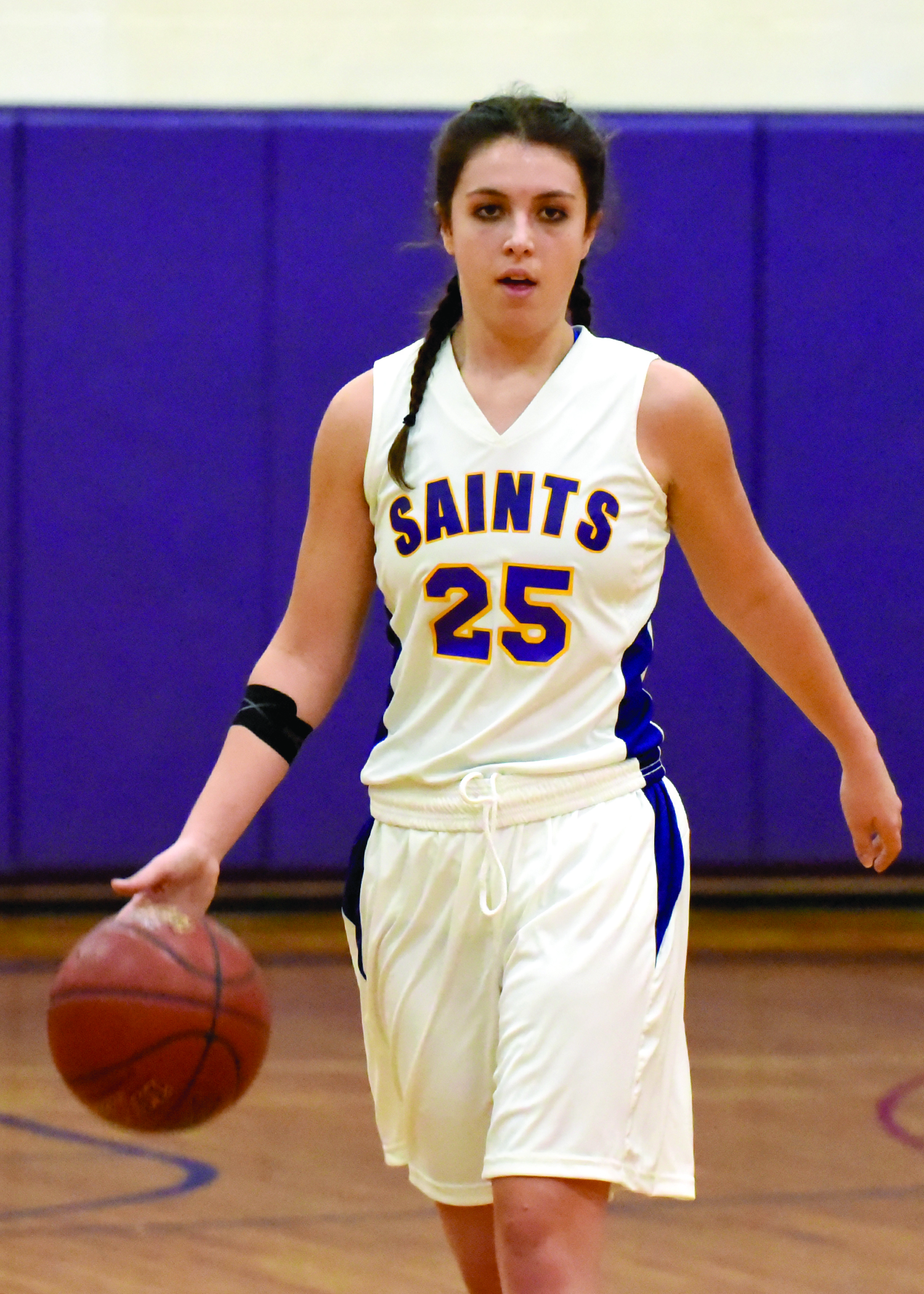 With only ten players this season, Saratoga Central Catholic and their girls basketball program is in the middle of a rebuild after the previous coach was fired mid-season last year. After that, Damian Fantauzzi, cross-country coach, was asked to step in.

“It’s definitely a challenge. When I took it over last year, there was a whole bunch of seniors on the team and now, this season we only have two seniors, including one who has never played before,” Fantauzzi said.

Ani Crocker, a senior, is the only returning starter.

The team this year consists of two seniors, two juniors, four sophomores, one freshmen, and one eighth grader. Ani Crocker and Kennedy Murphy, a junior, are the captains.

“They’re just green, there’s a lot they have to learn, one game at a time and one practice at a time, and hopefully we develop a basketball IQ. Not enough of them have played a lot of basketball,” he explained.

Fantauzzi is assisted by Ty Stacey, who played on Fantauzzi’s team at Saratoga Springs High School in the early 1980’s.

“He’s a welcome addition because he knows the game and he’s helping out with the kids. We’re on the same page with teaching the girls,” Fantauzzi said of Stacey.

“The girls are very good and attentive, they’re listening and working hard. Maybe by mid-season or so, maybe we’ll be competitive enough that we can pull off an upset,” Fantauzzi explained.

He said that each practice is like coming into the classroom and learning about the game. Crocker is a triple-threat athlete, with soccer, volleyball, and basketball all on her roster. She is a key-player in the basketball rebuild.

“Ani is just so athletic, she does things that amaze us sometimes because she doesn’t really focus on one sport. She’s just one of those talented kids,” Fantauzzi explained.

“She has a pretty good basketball IQ because she comes from a basketball family. I’ve coached men in her family before, back when I was at Saratoga Springs High School. She’s got basketball in her blood,” Fantauzzi said.

“Every game is a new challenge for us. We have our moments where we look like ‘wow!’ and then it kind of falls apart, but that’s because we’re learning,” he said.

Coach Fantauzzi is patient though, he enjoys helping the team learn more and be better with each game. “We’re going against tradition and we’re hoping we can build a new one. That takes time and it doesn’t happen overnight. I love teaching the game,” he said.

More in this category: « Saratoga Springs Ice Hockey Saratoga Athletes Ring the Bell for the Salvation Army »
back to top