Saratoga Athletes Ring the Bell for the Salvation Army 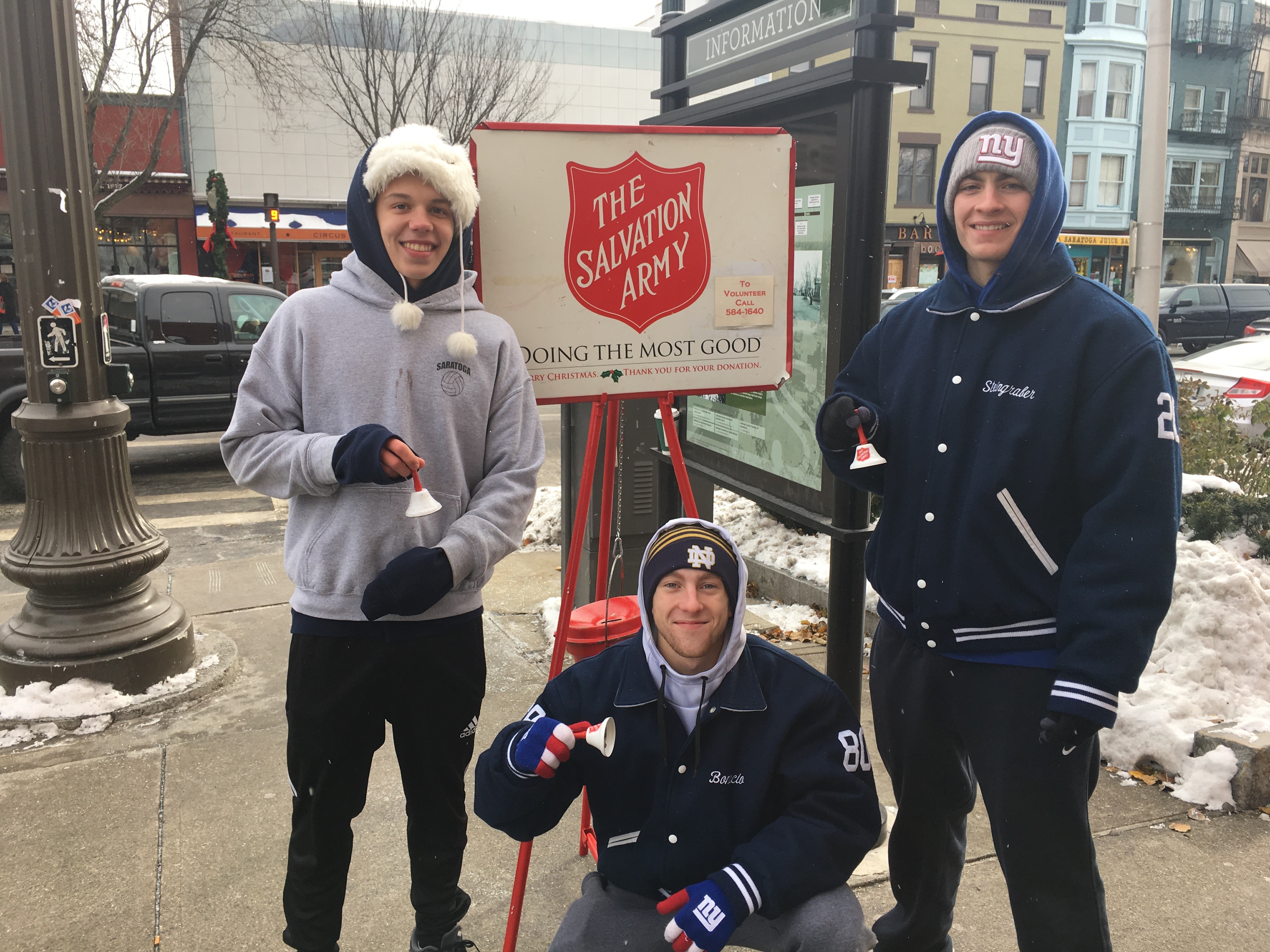 SARATOGA SPRINGS — On Saturday, Dec. 16 students from the Saratoga Springs athletic department rang the bells for The Salvation Army at six stands in Saratoga Springs including Fingerpaint, Adirondack Trust, and Uncommon Ground on Broadway, Market 32 in Wilton, and the Wilton Mall. Lieutenant Bree Barker from The Salvation Army contacted all Saratoga County High Schools to seek help for the bell ringing.

“Collections are almost down $10,000 this year, mostly due to illness of our faithful, yearly volunteers and also from donor fatigue from the hurricane season. Saratoga Springs High School Athletics have stepped up to the plate to help us make it to the goal line,” Barker said.

The students who signed up first were lacrosse players and the signup sheet quickly snowballed into the entirety of the athletic department; students from all the teams signed up and every spot on the sheet was filled, resulting in roughly 80 students volunteering their time. Some Maple Avenue Middle School students signed up as well, and were paired with high schoolers when they rang the bell.

“Even parents jumped in if they had a younger child in seventh or eighth grade,” AntonLotruglio said.

From 10 a.m. to 8 p.m., three to four students monitored the bell in each location per two-hour shift.

“It was cold! They’re athletes though, so some of them even play in that weather sometimes. The ice hockey players were used to it,” Anton-Lotruglio laughed.

“We rely on this money to carry us through the year in order to help those who need us. All of the money raised stays in our area, so when you make a donation this Christmas, you are really making change happen for your neighbors,” said Lieutenant Trish Smouse, Corps Officer.

“It was fun! Who doesn’t like to ring that bell? It gives you a good holiday feeling, that’s for sure,” said Anton-Lotruglio.

If you would like to donate to The Salvation Army or are interested in being a bell ringer, visit www. salvationarmyempirestate.org.