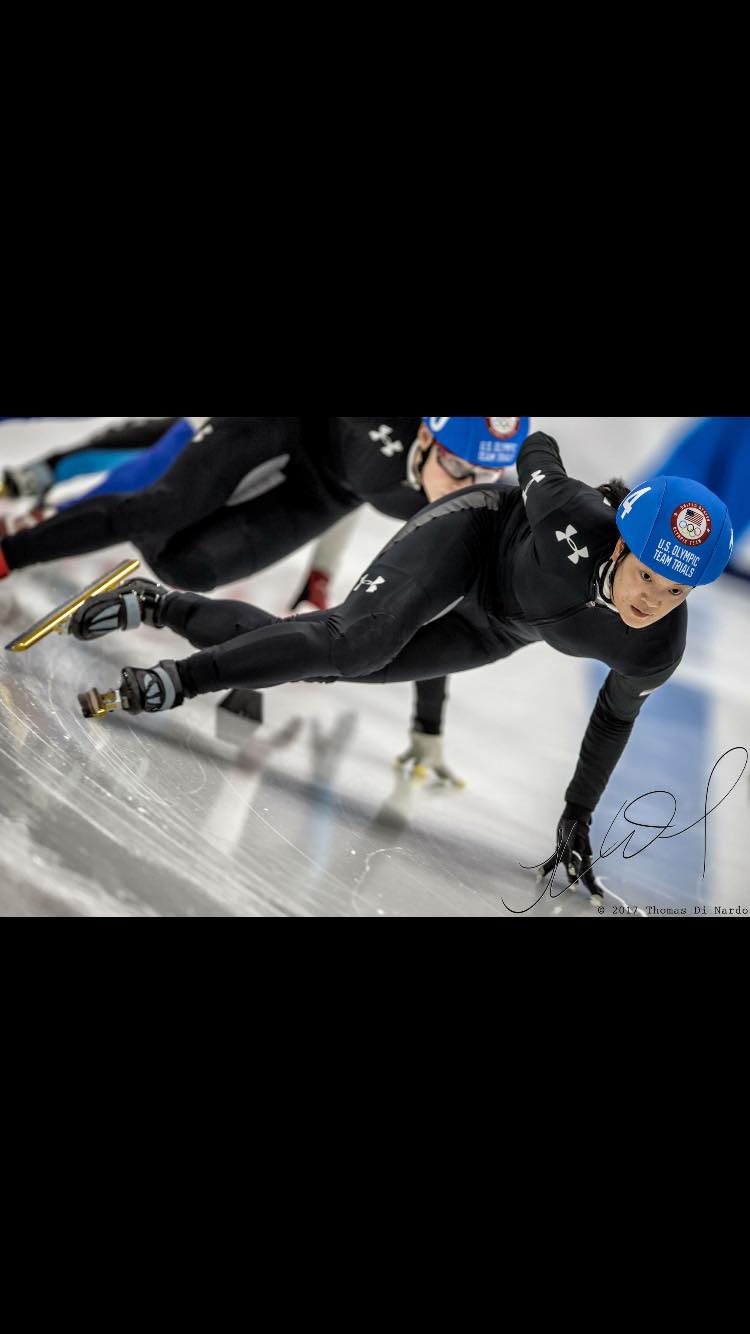 SARATOGA SPRINGS — Katy Ralston, a Saratoga Springs native, has been training in speedskating since she was eight years old and has been training full time since she was 16. Now, at 25-years-old, Ralston has decided to retire. Ralston just participated in her last Olympic Trials, which took place Dec. 15 – 17. The top three women and the top five men made the Olympic team, Ralston finished eighth overall.

“It was pretty much where I was expecting to finish. It would have been great if I had been able to do better or even make the team, but realistically I knew that was where I was sitting. In some races I did better than I expected. It was an okay way to finish out my career,” Ralston stated.

Before Ralston ever started speedskating, she was a soccer player. She will be going to school full time at Salt Lake Community College, where she is considering getting a degree in physical therapy, and will be playing soccer.

“Soccer was my first love for sports. Now that I’m done skating, I’d like to train for soccer and see where that can take me,” she explained.

In 2010, after graduation from high school, Ralston moved to Utah to train full time.

“Doing this for eight years is mentally and physically exhausting. I’m 25 so I’m kind of at the back end of my career, I don’t think I can make it another four years. Its time, I don’t have anything I regret much with skating. It was time to hang up the skates and move on,” Ralston said.

Ralston got her skating start at the Saratoga Winter Club after skating at her families’ frozen farm house pond with her dad.

“My dad had really old speed skates and he was doing cross-overs. I thought it was really cool and he tried to teach me,” she reminisced.

After that, her parents decided she needed to take skating lessons.

“It was kind of a fun activity that young kids do and as I got older, it was more fun and I started getting faster. Back then, the club had a lot of Olympians, World Cup team members, and some National Team members there. That put me in a cool position to train on the same ice as them. They helped me out a lot in wanting to pursue skating further as I got older,” she said. “My family has been really supportive. They’ve been great in helping me afford the equipment and all of the other expenses,” Ralston mused.

“He’s still with the club but  when I was 16 and really decided I wanted to get really good at this and try to go to the Olympics, Marchese really helped me out with getting to the next level. Most recently, my coach is Lin Lin Phun in Utah. She was a gold medalist from China and her medal is from the Vancouver Olympics in 2010. For the past two years I’ve been skating with her,” Ralston explained.

With her full time athletic lifestyle, Ralston has traveled many places and created a family like bond with her teammates, and that is what she’ll “miss the most.”

“The coolest place I’ve traveled to is Seoul, Korea. The people there that come to watch the World Cup there are crazy, they’re so passionate about short track in Korea. The rink fills up with people and it’s a really cool environment to be in as an athlete,” Ralston remembered.

Ralston has seen many accomplishments in the nearly eight years she has invested full time into speed skating.

More in this category: « Saratoga-Wilton Elks Hoop Shoot The Little Gym Opening in Malta »
back to top