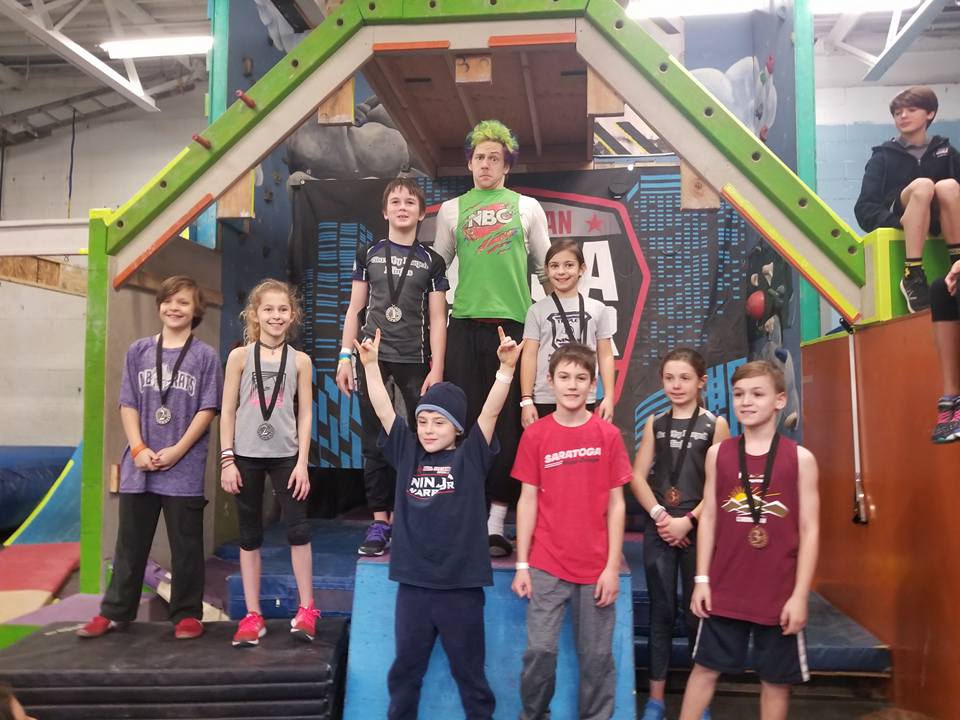 SARATOGA SPRINGS — The Saratoga Ninja Garage (SNG) has caused quite the stir this last year, between their summer camps with American Ninja Warrior stars Jamie Rahn and Brian Arnold, among other special ninja guests, and the attention that the ninja sport has brought to the area. SNG curator Eric Huss started converting his garage so his kids, Johnno, 10, Oliver, 8, and Scarlett, 5, could have a play space for themselves and their friends. After a few open gym sessions, the SNG was packed frequently with kids looking to improve their ninja skills and have a great time. Huss decided to start a competition team, resulting in 14 kids, ages 6-15, competing at the Pinnacle Parkour Academy gym, owned by ninja warrior Jamie Rahn, in Cherry Hill, NJ. The third annual Cherry Hill PPK National Ninja League Qualifier competition took place on Jan. 20 and 21.

More in this category: « Sabbatical Delivers First Foal The "Next Man Up" Mentality: Spa Catholic's Game Changing Season »
back to top