Athlete of the Week: Brad Hipsley 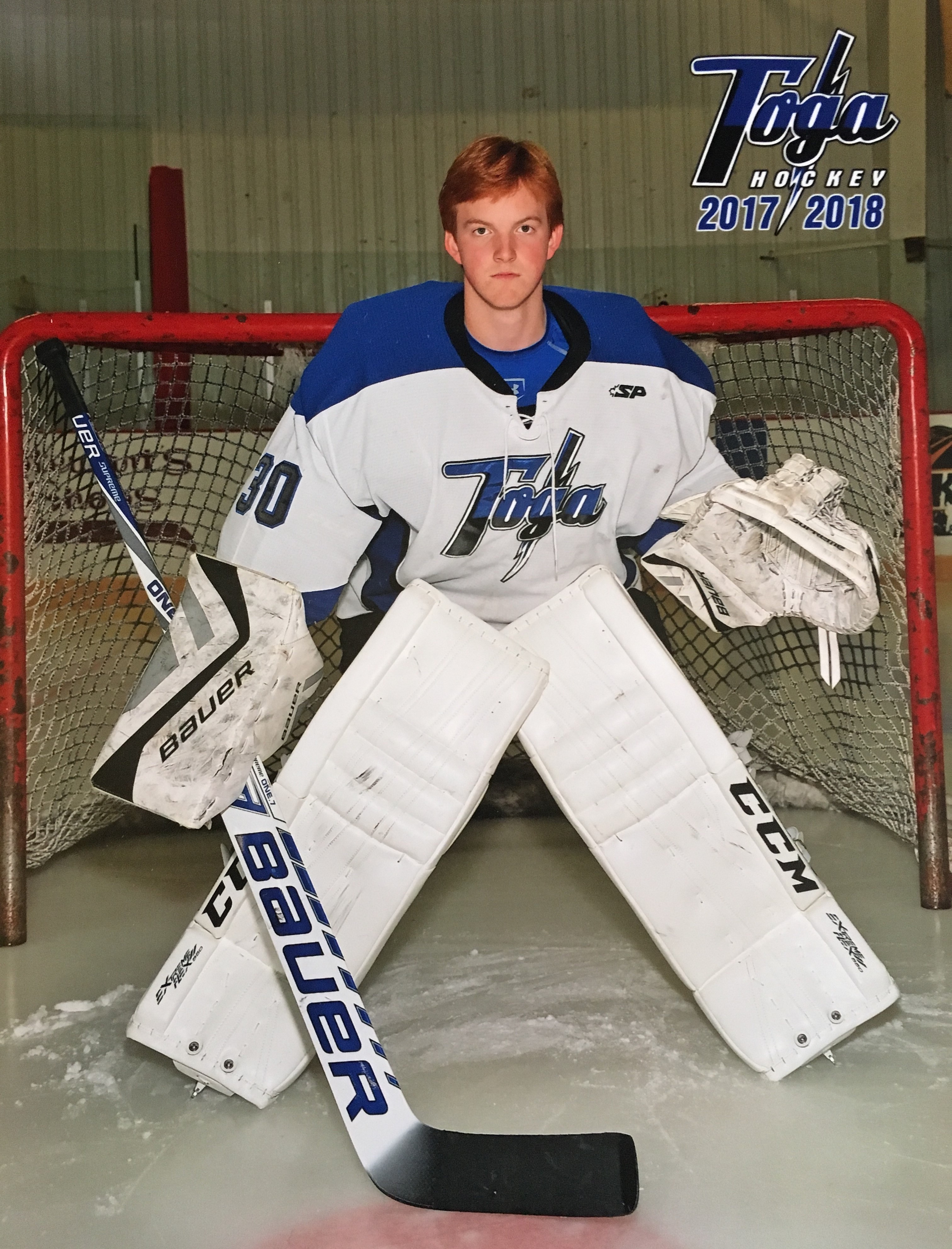 SARATOGA SPRINGS — Brad Hipsley, a senior at Saratoga Springs High School, is in the middle of his first varsity ice hockey season as goalie and already has his fourth league shut out.

“My fourth shut out this year happened against Guilderland. It was our first play off game, it’s good to get a playoff game under my belt,” Hipsley explained.

A shut out is when the defense is doing a great job of blocking shots.

“It means I’m making saves, which is a good thing,” Hipsley said.

Even though this is Hipsley’s first year playing varsity, he’s played ice hockey for the majority of his life.

“When I was younger my cousin played ice hockey, he lives in Maine, so whenever I went up there we used to play. He had an ice rink in his backyard and I developed a love for the game and I bugged my parents, I told them I really wanted to play ice hockey and they wanted to make sure it was something that I really wanted to do because the time commitment was a lot, but I finally convinced them,” he said.

Though he loves hockey, baseball has always been his main focus. He will be attending Stonybrook University on Long Island next fall with a baseball scholarship, and potentially majoring in either physical therapy or business.

“I stopped playing hockey around fifth grade and then I picked it back up my freshman year, not with the varsity team but with a club team, and then this year I decided to play again for my senior year,” he explained.

After making the decision to attend Stonybrook University, he decided, after some “badgering” from Coach Torres, that “it would be cool to play hockey again and Coach Torres asked me to play and he kept badgering me and said it’d be fun and I’m really glad I did it,” Hipsley laughed.

Hipsley is excited for his senior baseball season, where he plays shortstop.

Aside from hockey and baseball, Hipsley is also a member of the National Honor Society and takes accelerated classes.

“I’m taking AP biology right now and AP calculus, so that’s consuming most of my academic energy. Two pretty difficult classes and along with playing sports, it’s tough but I’m managing to do pretty well,” he explained..

Hipsley credits Matt Shamberger as his friendliest competition on the ice.

“We usually compete with each other in practice. He always likes to pull some cool moves and tries to score on me and that’s fun. He’s always pushing me to be better,” he said.

The highlight of Hipsley’s high school playing career though, was his sophomore baseball season.

“I got to play with a bunch of kids that are playing in college right now, like Nick Condo, and some guys are playing Division I baseball now. It’s cool to look up to those guys and see what they do and what works for them,” he said.

“I’d like to thank Coach Torres. I think he’s been a really key part of my success so far and I really think that he was the main reason why I decided to come back,” Hipsley stated.