Athlete of the Week: Michael Halligan 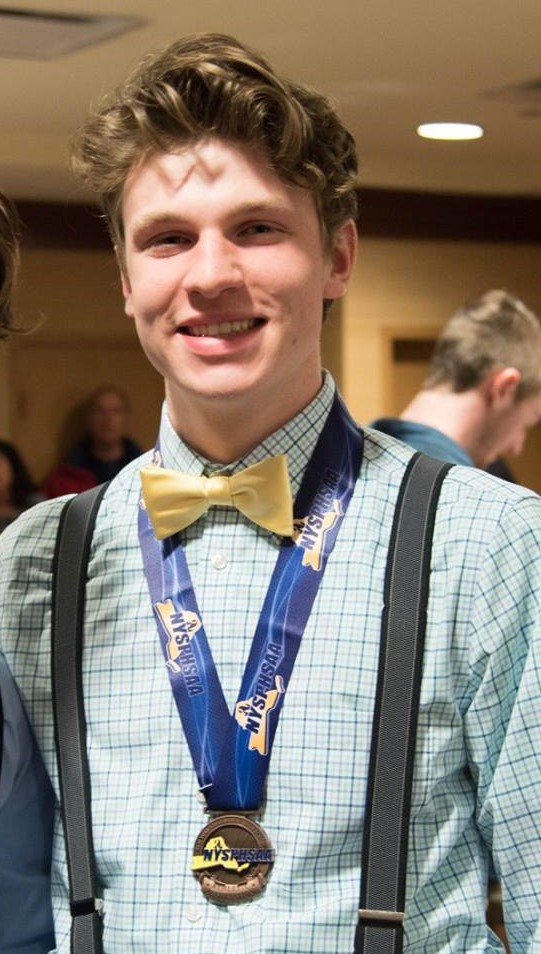 SARATOGA SPRINGS — Michael Halligan, an 18-yearold senior at Saratoga Central Catholic High School has been Nordic skiing since he can remember. He cites his dad as his introduction to skiing.

“When I was born he put me on skis,” Halligan laughed, “as long as I can remember, I’ve always been on skis.”

Halligan just got back from the Junior Nationals Competition in Utah. In order to qualify, he had to ski two races in Rochester and two in Lake Placid.

“It was a pretty good season, I wasn’t really expecting to do that much better than I did last season. After the first couple races, I kind of just started getting into the groove of things and got progressively better. I’m really pleased with how all of it turned out. It was really something that I’m never going to forget. That was one of the best experiences that I’m ever going to have. Just going to Utah and skiing with such a good team and also racing with different competitors, I couldn’t really ask for anything better. Getting there was really hard, but it was definitely worth it,” Halligan explained.

Halligan’s aforementioned father, Sean, is his Nordic coach at Spa Catholic, and his brother is his club coach.

“Both of them together really paved the pathway for me to do the best I can, and I can’t thank them enough,” Halligan said.

Halligan was satisfied with his results in Utah.

“My outcomes in Utah were okay,” he laughed, “I didn’t really expect to do that well considering the fact that I was skiing against some of the top athletes in the country, but I was definitely toward the bottom of the list. I am pretty happy with my results though, I didn’t come in last in any of the races so that’s good.”

Aside from skiing, Halligan also runs cross-country in the fall and track in the spring. Halligan transferred to Spa Catholic in seventh grade after being a Maple Avenue student. He is an honor roll student with grades in the high nineties, and enjoys his creative writing class the most.

“I just recently put my down payment on St. Michael’s College and I will be skiing for them, they’re a Division II school,” he explained.

He intends to major in Digital Media and Journalism.

“I’m really into making music, too. I play bass, and I’m really into audio production. I helped a couple friends out with making songs for them. It’s a side hobby,” Halligan said, explaining how he spends his free-time.

Halligan is also a part of Peer Ministry, a religious community service club that runs retreats for the lower classmen to spread the Christian value.

“We really like to help out the community as much as possible, our school community but also the Saratoga community as a whole,” he explained.

Halligan will be wrapping up his Nordic season on March 16 – 18 in the Eastern High School Championships, taking place in Maine.

“I think that’s going to be really good. The altitude [in Utah] took a lot out of me during Junior Nationals so I feel like in Maine, I’m going to have way better results. I’m really excited about it,” he said.

More in this category: « Cheers Welcome for the Saratoga Stars on Ice Local All-Star Moments »
back to top