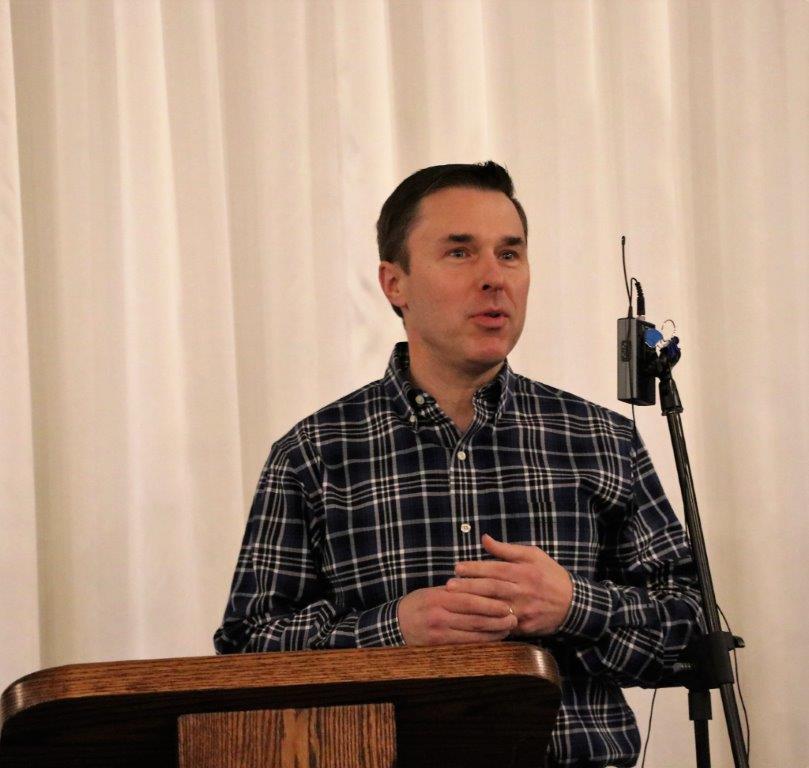 GAME 2: Jones Steves – 68 vs. Gennaro’s Pizza – 62
Jones Steves outscored Gennaro’s Pizza 34 – 28 in the first half and continued on to their 68 – 62 victory.  Rory Wilson notched a game high 34 points for Jones Steves while Kevin Reilly topped Gennaro’s with 28 points. Also, in double figures in the winning effort was Matt Truex with 13 points and ‘Squid’ Sephas with 11 points. Rob Thiess’s 14 points and Mark Sohl’s 13 kept Gennaro’s in the game.

GAME 4: Village Photo, LLC – 67 vs. Nemer Chrysler – 65
Village Photo, LLC was able to overcome a 12 point first quarter deficit and earned a hard fought 67 – 65 win over Nemer Chrysler as Pat Reidy led the winners with 25 points. Nemer’s Phil Fitzpatrick was the league’s high scorer for the night with 37 points. Contributing to the win were Pat Correa with 16 points and Mike Lander with 12 points.  Tom Kelly added 17 points for Nemer.

SRYMCA Rotary Youth Basketball Banquet
SARATOGA SPRINGS — The banquet, held on Sunday, March 18 at the Saratoga/Wilton Elks Club, was attended by 245 players, families, sponsors, coaches, referees, and Saratoga
Regional YMCA staff. Prior to the banquet there were 4 AllStar games, a Jr. Division, a Sr. Division, a coaches’ game and an alumni game for anyone who played in the league since 1992. There were three-point contests for both the Jr. and Sr. Divisions. The three-point winner for the Jr. Division was Steve Bebee and the winner for the Sr. Division was Patrick Dechaine.

More in this category: « Meet the Team: Spa Catholic Softball Athlete of the Week: Claire Felton »
back to top