New Learn to Love Tennis Program at the YMCA 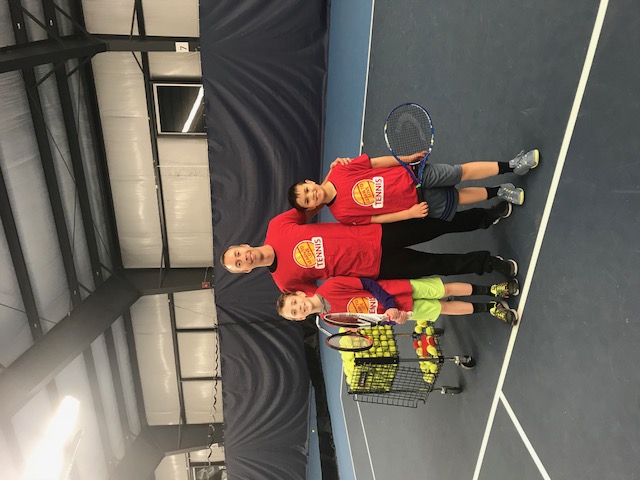 SARATOGA SPRINGS — Andrew Bobbitt, the CEO of the Saratoga Regional YMCA, has a love of tennis and when Bobbitt had coffee with YMCA member Allen Oppenheim, an idea was formed: The Learn to Love Tennis (LTLT) Program.

“[Oppenheim’s] interest in the Y primarily comes from playing tennis at Wilton and he had shared that he had tried to do some work with our staff and the US Tennis Association on a program that they had that would provide access to tennis for underprivileged children. I have a tennis background, I taught and played a little in college and was teaching pro in the summers, so I said, ‘hey that sounds like a great thing,’” Bobbitt said, explaining how the idea came to be. Bobbitt decided to customize their own local program for kids who haven’t played at all in the area, just “get them to pick up a racket and start learning tennis,” he said.

The YMCA was able to raise money, so the classes can be offered at no cost. There are two classes offered, Thursdays and Saturdays, which take place over five weeks.

“Ideally, we are going to try and do four of these classes over the remainder of the year which is going to impact 320 kids between the ages of 7 and 10,” Bobbitt said.

“I started as a program director and I’ve been doing admin in the YMCA for a long time now and I think having that tennis background and the enthusiasm that Allen had, we can impact these kids through a recreational sport. Tennis is a sport you can play recreationally well into your 70s and beyond,” he stated.

Saturday classes begin on April 28 and they run from 11 a.m. to 12 p.m. at the Wilton YMCA, Thursday classes are already full and as of Thursday, April 19, Saturday classes have a limited number of spots left.

“As soon as we can do a second session for a different group of 80 kids, we would advertise another LTLT,” he said.

“I think there is an opportunity for us to engage more individuals in the game of tennis and I can’t think of a better way to do that then young children who have not picked up a racket before,” Bobbitt concluded.

More in this category: « Local All-Star Moments Athlete of the Week: Norah Dempsey »
back to top