Athlete of the Week: Lindsey Frank 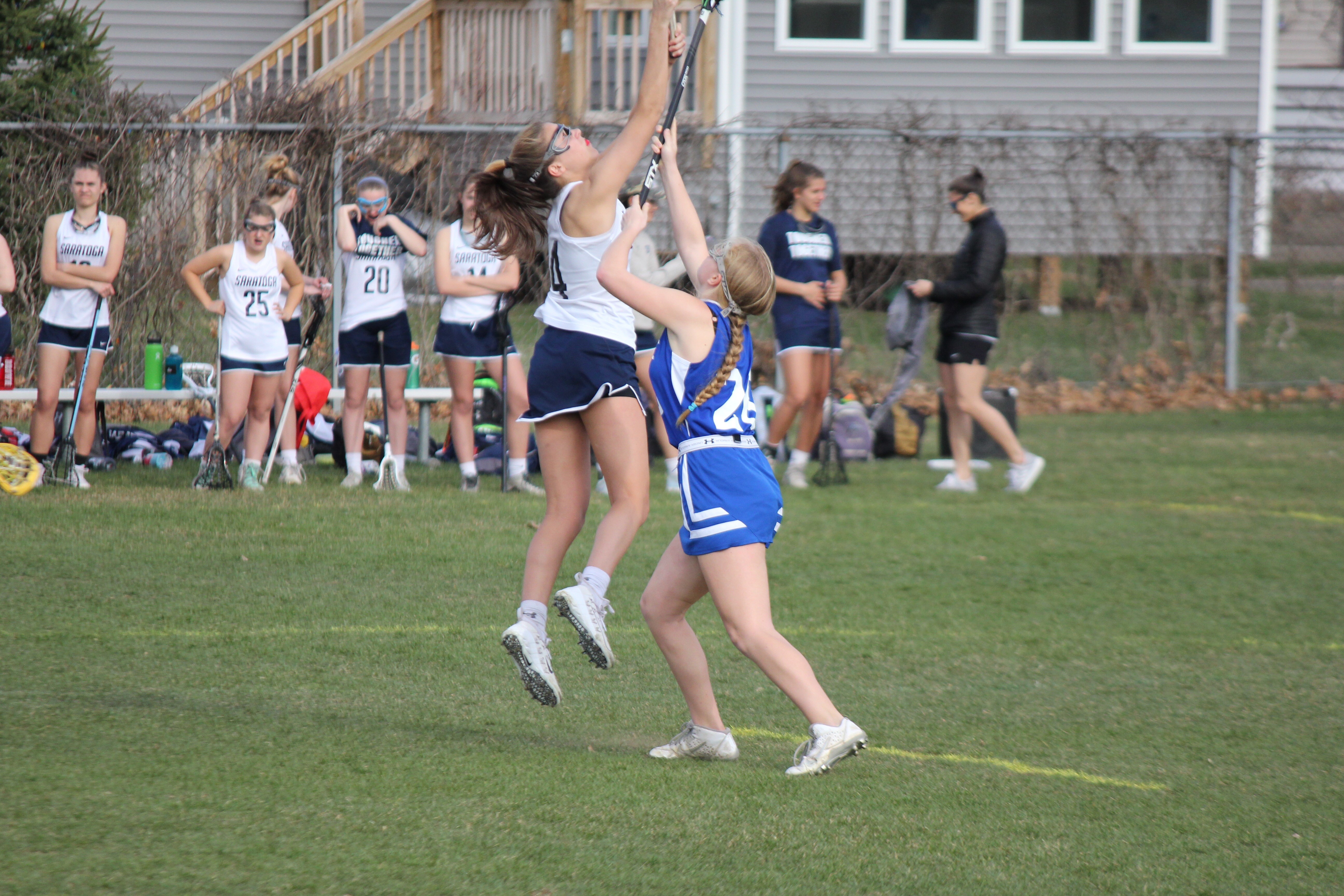 SARATOGA SPRINGS — Lindsey Frank, a 17-year-old junior from Saratoga Springs High School, has been playing field hockey since the third grade, picking it up from her oldest brother. She is also a field hockey player. Frank’s lacrosse coach, Elaine Anton Lotruglio, has nothing but praise for the junior. On Thursday, April 26, Frank had five goals, four assists, 10 draw controls, and 12 ground ball controls in a game against Burnt Hills-Ballston Lake.

“She had an all around stellar effort in that game,” Anton Lotruglio remarked.

Academically, Frank is a high honor roll student and has already committed to the University of Richmond in 2019 to play two Division I sports: field hockey and lacrosse.

“She is a consistently strong presence on both fields,” Anton Lotruglio said.

Frank is fully committed to both sports.

“I don’t have a job because I am so busy playing both field hockey and lacrosse throughout the year. For free time I like to hang out with my friends or watch Netflix,” Frank explained.

“Our team this year has a great dynamic and we’re really fortunate to have such a strong defense as well as a creative attacking offense with a great goalie in the cage,” she said.

She cites her parents as her biggest supporters.

“They have made it to each and every one of my games ever since I can remember,” Frank said.

More in this category: « Spa Catholic Goes to Disney Spa Catholic and Saratoga Springs Athletes Sign Letters of Intent »
back to top