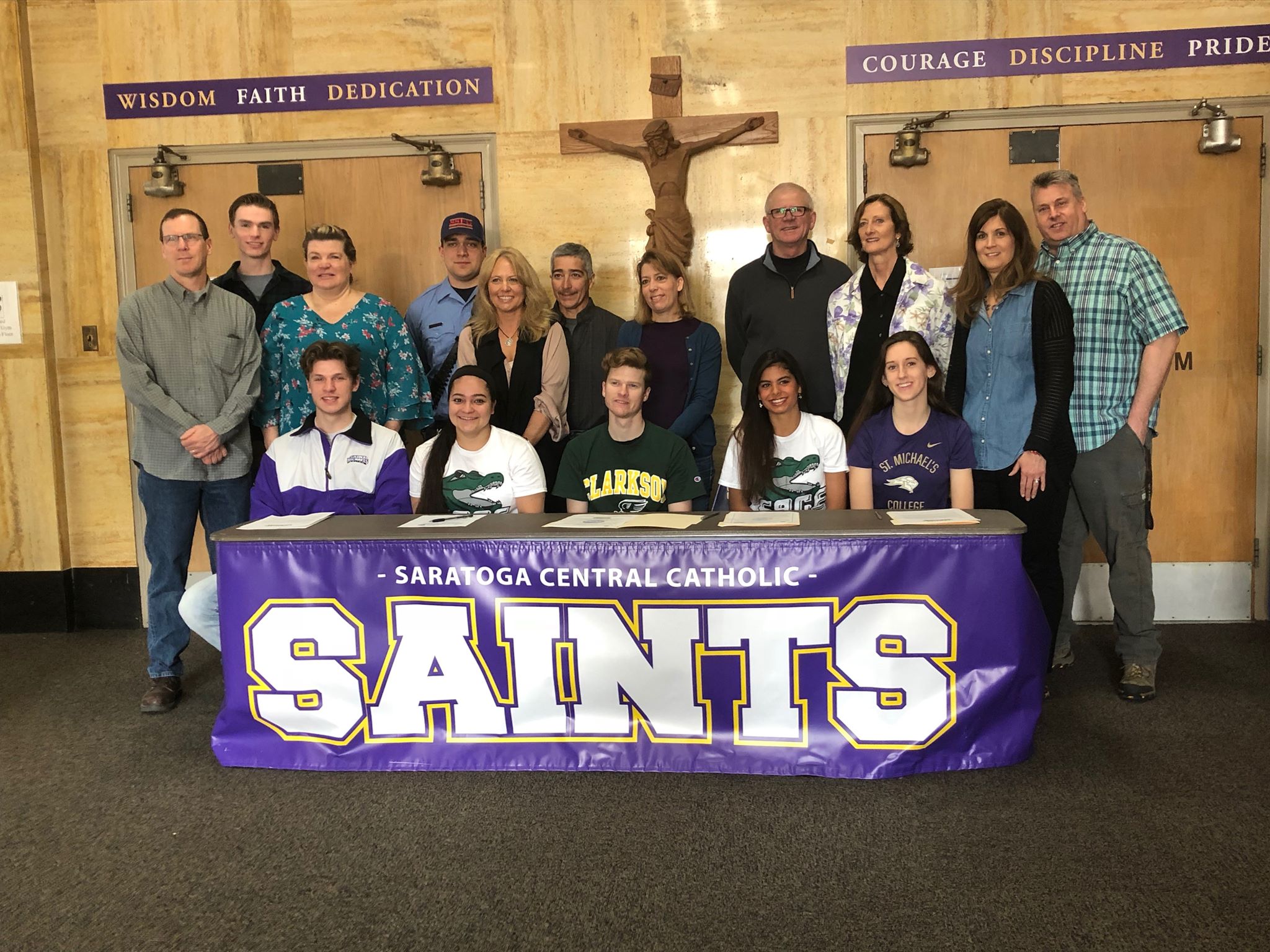 SARATOGA SPRINGS — On Tuesday, May 1, five seniors at Saratoga Central Catholic signed their letters of intent for the college of their choice.

On Monday, April 30, 28 seniors from Saratoga Springs High School signed their letters of intent for the college of their choice.

More in this category: « Athlete of the Week: Lindsey Frank Local All-Star Moments »
back to top