Athlete of the Week: Cassidy Hayner 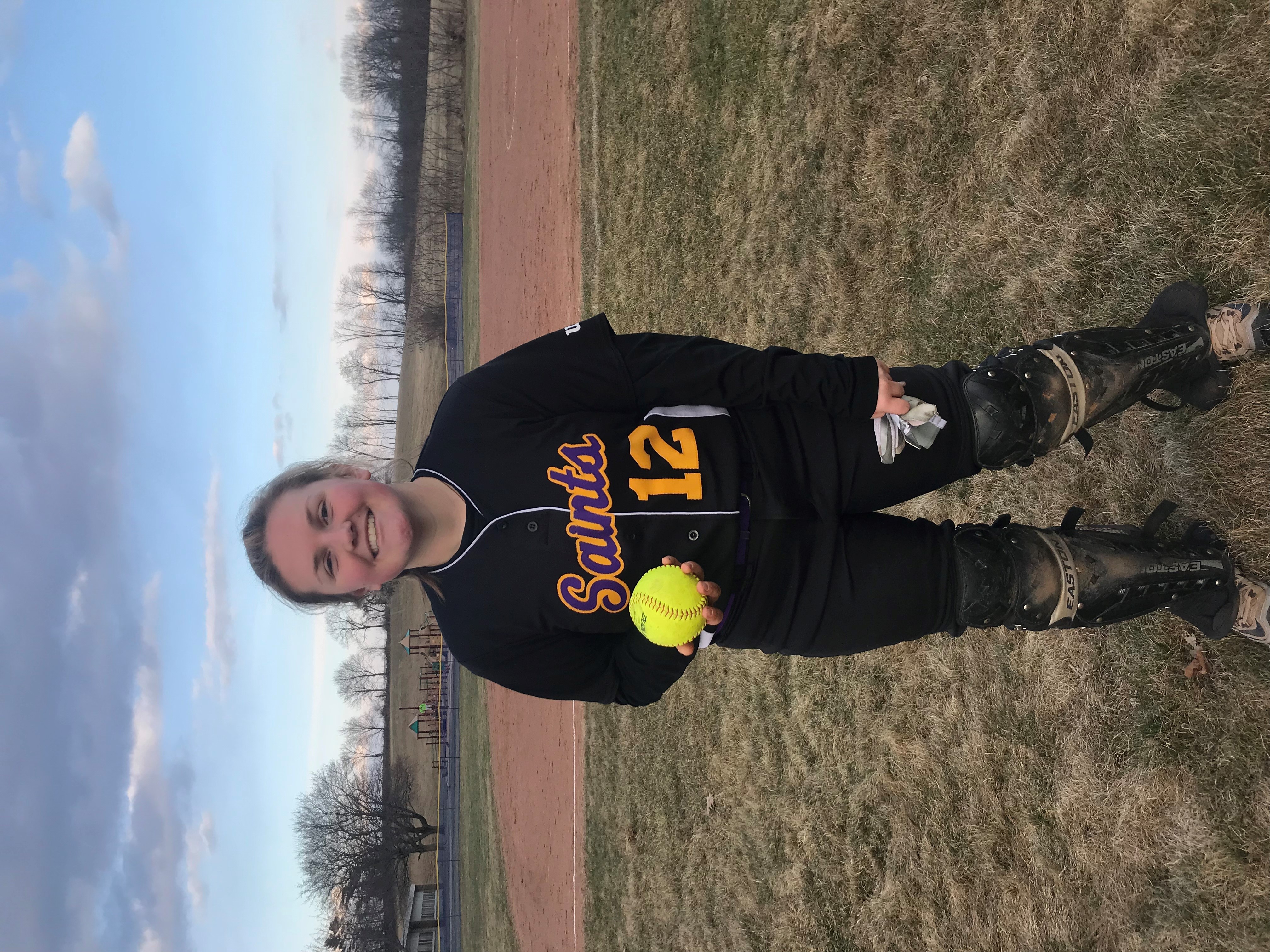 “The class sizes at Spa Catholic were smaller so it was better academically for me to succeed there and the softball team was very welcoming when I transferred over,” Hayner explained.

“My dad has always played softball since he was very young, and he played for the Army for fast and slow pitch, so he taught me everything and got me into it,” she said.

Hayner is a catcher and fell into that position after being a utility player.

“When I was younger and playing in the t-ball and recreation leagues, I was a utility player and then when I started playing travel softball over the summer and over the winter, one of my coaches put me behind the plate and it just clicked with me. I know the game very well because of my dad and my whole family. We watch baseball and softball, so I knew the game and I was able to take lead as a catcher,” Hayner said.

The Yankees are her favorite baseball team.

She has been on high honor roll this year and is a member of the National Honor Society. She will be going to King State College in the fall where she is considering studying athletic training.

“I don’t think I’m going to play softball my freshmen year, but I may try for my sophomore year. A lot of people are telling me that I should play because I would be a good player for their team, but I think I want to start my academics first,” she said.

This softball season, Hayner was named a Section II All-Star League player and made First Team in the Wasaren League. She found out after her final game from her coach, Brett Simpson.

“At the end of my last high school game, I was kind of emotional, and coach Simpson announced it. He said, ‘we want to congratulate Cassidy for being the first pick all-star for the Wasaren League,” so I was the runner up for MVP, which was really exciting for me,” she explained.

Over the summer, Hayner is a camp counselor at the Greenfield Summer Recreation Camp, she also works as a cashier part-time, and is a Youth Minister at St. Peter’s Church in Saratoga Springs.

“My mom has been my biggest supporter and my sister Kelsey, because they were always there for me at my games, and also my dad too. They were always supporting me by sitting on the bleachers and I could always hear them cheering me on, calling out my name when I got good hits and I heard them clapping and taking pictures. They’ve always been there for all my games and tournaments on those long summer days,” Hayner said, citing her family has her biggest supporters.

“I’m definitely going to miss my teammates the most and although it’s a lot of hard work to be playing in the heat over the summer, but the team comradery and having girls to support you makes it all worth it,” she said.

Correction: In the first edition of this article, Hayner was inaccurately titled as Youth Minister at St. Peter's Church. She is actively involved with youth group.