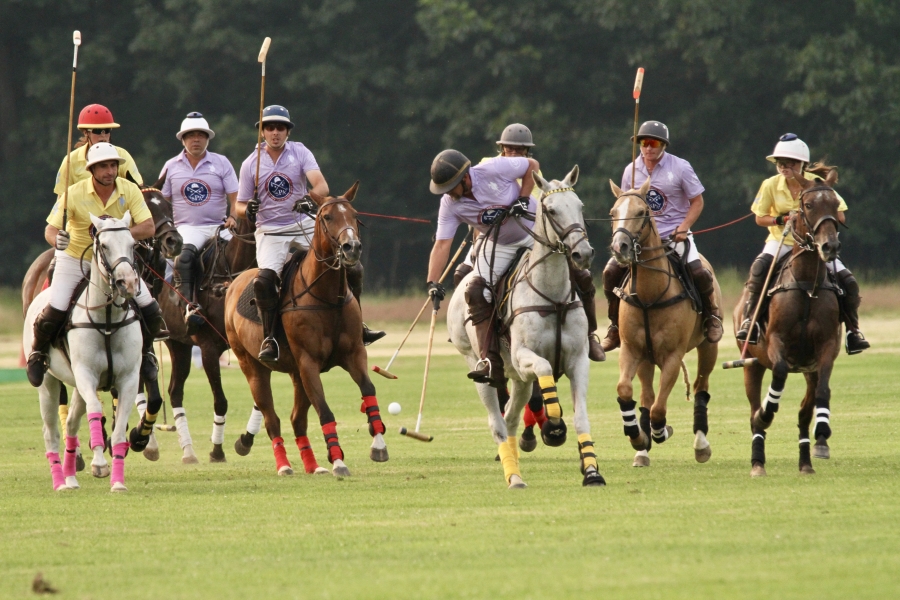 SARATOGA SPRINGS — The season begins July 6 and runs every Friday and Sunday through September 2, and this 120th-anniversary season promises to be even more fun. When Saratoga Polo stepped into the limelight 1898, Thomas Edison’s latest technology, the kinetoscope, was all the rage. Mega celebrities Diamond Jim Brady and Lillian Russell wandered Broadway in Saratoga Springs, and New York City expanded when the five boroughs banded together to create the city that never sleeps. At the same time, tourists flocked upstate to summer in a Saratoga Springs that welcomed polo to the already famous racecourse scene. Although times have changed, Saratoga Polo Association will be returning with world-class polo on Fridays and Sundays this summer. More importantly, this year’s parties will be even bigger at Whitney Field with the 120th Anniversary Season. Even more than a century later, the excitement is still present at Saratoga, and the Saratoga Polo Association is pulling out all the stops - it’s going to be a real dog and pony show. On July 15, AIM Services Inc. presents the Dog and Pony Show Cup.

The Dog Show will start promptly at 4:45 p.m., followed by the Polo match at 5:30 p.m. Dog friendly vendors will be set up throughout the event. There is also an additional pre-event photo contest for Saratoga’s Top Dog! The Dog Show is open to all dogs, big and small, categories include: • Dog That Looks Most    Like its Owner • Dog That Looks Least    Like its Owner • Best Trick • Happiest Dog • Best of Show • Prizes will be awarded    to the winners! Even more importantly, AIM Services, Inc raises much needed funds for their programs that support the “power of potential” in people of diverse abilities. The Adelphi Hotel will also be partnering with Saratoga Polo, and great cross-promotions at Whitney Field and at the hotel are planned with Veuve Clicquot and more! In celebration of the 120th anniversary, renowned Saratoga Springs artist Frankie Flores is creating a signature painting that will be showcased on the front cover of Equicurean Magazine, in posters, on apparel, and even as one-of-a-kind artist paintings.  Whitney Field is proud to welcome their new Food and Beverage Partner, Brad Lewis of B-Rad’s Catering, who will help them celebrate our 120th featuring new food, a new chef, new menu specials, and signature cocktails. Food lovers beware... you’re in for a tasty surprise! Plus, it wouldn’t be Saratoga Polo if you didn’t try your hand at a Veuve Clicquot sabrage at every match during the season. The celebration will hit its peak at the 120th party gala on Whitney Cup Sunday, August 5, with owners and special guests from Saratoga Polo’s last 40 years. The season kicks off with the Celebrate Saratoga Tournament and culminates with the Polo Hall of Fame Tournament, featuring some of the most exciting polo to be seen along the way. Tickets, tables, and tailgating spaces are going quickly! Here are some more highlights and the schedule: IN THE STANDS: • Young talent sing the National Anthem • Adirondack Thunder Hockey Celebration Opening Day • Upset, The Dark Horse Mascot from Impressions of Saratoga visits • The Times Union Presents The Mid-Summer Celebration Tournament • OrthoNY will be hosting a Match Cup this Season This year, The Whitney Cup trophy and the Veuve Clicquot Cup will be brought to the field by Independent Helicopter, and lots more every Friday and Sunday, July 6 through September 2.

More in this category: « Slammin’ Sammy Snead Local All-Star Moments »
back to top