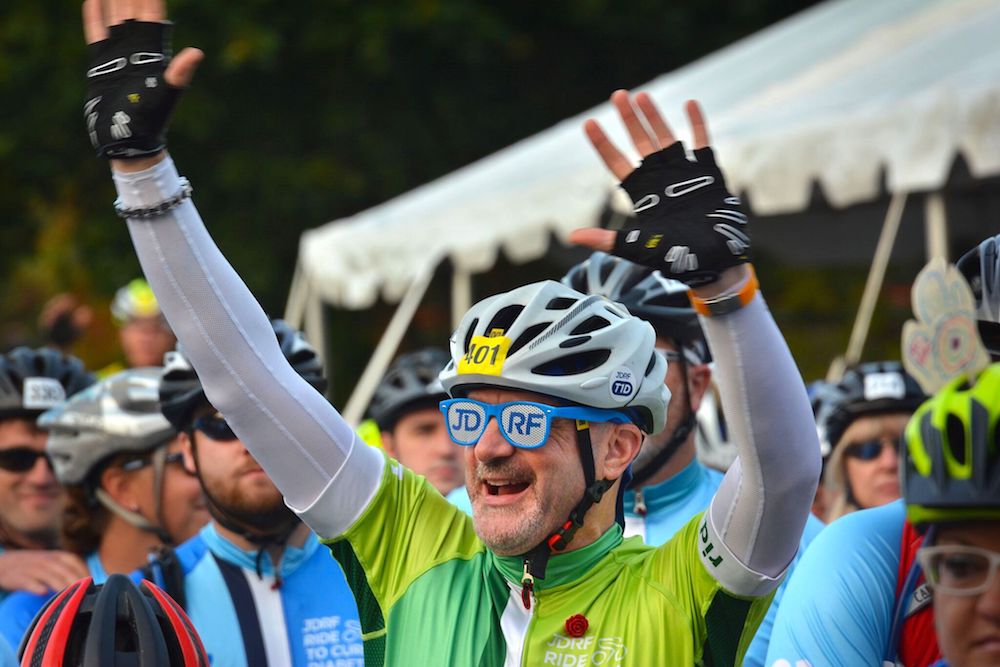 SARATOGA SPRINGS — The Ride to Cure Diabetes, one of the nation’s top type 1 diabetes (T1D) cycling fundraisers, will return to Saratoga Springs Sept. 13-16. One of six Ride to Cure Diabetes events held nationwide, the event will bring together up to 700 cyclists of all ages and skill levels representing 80 JDRF chapters from around the nation and Canada, as they fundraise for JDRF, the global leader in T1D research. Type 1 diabetes (T1D) is an autoimmune disease in which a person’s pancreas stops producing insulin, a hormone that enables people to get energy from food. It occurs when the body’s immune system attacks and destroys the insulin-producing cells in the pancreas, called beta cells. While its causes are not yet entirely understood, scientists believe that both genetic factors and environmental triggers are involved. Its onset has nothing to do with diet or lifestyle. There is nothing you can do to prevent T1D, and—at present—nothing you can do to get rid of it.

“It brings hundreds of people together from all over the country who are connected on an intimate level because of this disease. They form new friendships, experience the unparalleled comradery of the ride community, and raise money to find a cure for T1D,” Nicastro continued.

“Last year’s Spa City ride was a huge success. Participants raised $2.7 million, which made our event the nation’s top revenue-generating ride of the year! It also pumped more than $500,000 into Saratoga’s economy, which earned an award from the Saratoga Convention & Tourism Bureau,” she stated.

JDRF is the leading global organization funding type 1 diabetes (T1D) research. Their mission is to accelerate lifechanging breakthroughs to cure, prevent and treat T1D and its complications. To accomplish this, JDRF has invested more than $2.2 billion in research funding since our inception. They are an organization built on a grassroots model of people connecting in their local communities, collaborating regionally for efficiency and broader fundraising impact, and uniting on a national stage to pool resources, passion, and energy. JDRF collaborates with academic institutions, policymakers, and corporate and industry partners to develop and deliver a pipeline of innovative therapies to people living with T1D. Their staff and volunteers throughout the United States and their six international affiliates are dedicated to advocacy, community engagement and their vision of a world without T1D. For more information, please visit jdrf.org or follow them on Twitter: @JDRF There is a $2,000 fundraising minimum to take part in the ride, which begins and ends at the Saratoga Springs City Center. Riders choose an event fundraising package and set their own mileage goal (25, 60 or 100 miles). Along the way, they receive support from ride coaches and fundraising experts who help them reach and exceed their fundraising goals. During the event, participants join fellow riders in lively seminars, excursions around town, award dinners and team celebrations that lead up to the main event, Ride Day.

“Participants are surprised at how quickly the money rolls in once they start contacting people. Those who complete their fundraising receive a commemorative JDRF Ride to Cure Diabetes jersey. T1D riders also have the option to receive a special T1D version of the jersey instead,” she finished.

Since its inception, JDRF Ride events have raised more than $47 million for research on 70 human clinical trials of potential T1D therapies. Proceeds from the Saratoga ride will also support an array of educational programming and support groups for those suffering from the disease living in the 15 counties served by JDRF’s Northeastern New York chapter. Other 2018 Ride to Cure Diabetes sites include: La Crosse, Wis. (Aug. 9-12); Loveland, Colo (Aug. 23-26); Amelia Island, Fla. (Oct. 4-7); Death Valley, Calif. (Oct. 18-21); and, Santa Fe, NM (Nov. 1-4). To register and for more information, visit jdrf.org/ride, call 518-477-2873 or email This email address is being protected from spambots. You need JavaScript enabled to view it..

More in this category: « Saratoga Ninja Lab Louise Rourke Conquers the Queen of Lakes for Polio »
back to top