Above & Beyond Hike Dedicated to Amy Raimo 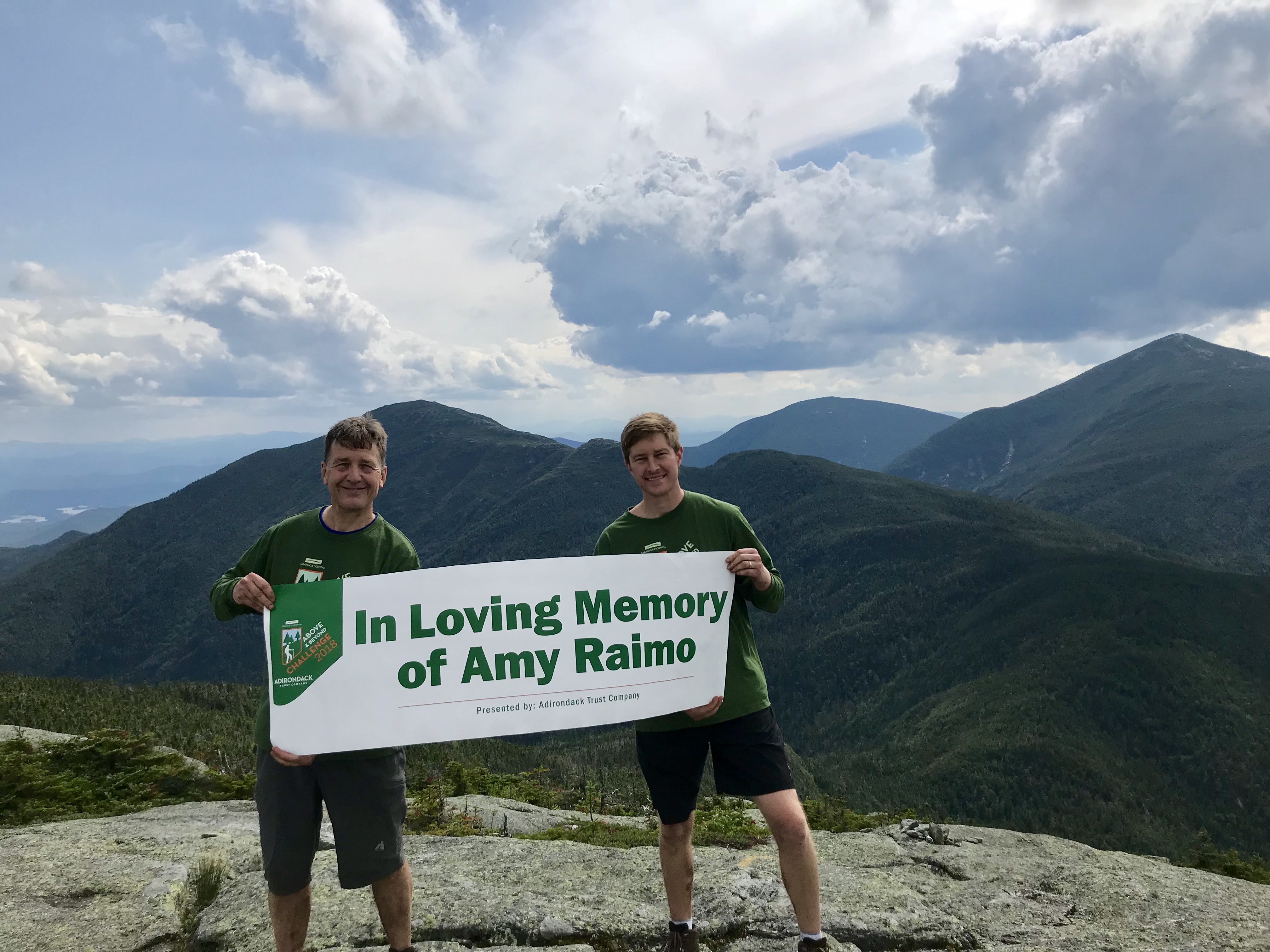 SARATOGA SPRINGS — On July 27, Adirondack Trust Company President and CEO Steve Von Schenk and his son Paul made an attempt at the Adirondack Great Range. The plan was to climb 10 peaks (covering 25 miles), all in one day. The purpose of their hike was to raise funds and build awareness for Saratoga Hospital's Addiction Medicine Program. After 16 hours of hiking, they completed 8 of 10 peaks (20 of 25 miles). For this one-day event, Paul von Schenk raised more than $11,500, for a grand total of over $65,000 for the Above & Beyond Challenge, sponsored by
the Adirondack Trust Company.

"We also dedicated this hike lovingly to the memory of Amy Raimo, who died tragically a few weeks ago. Amy was the head of the Saratoga Hospital Foundation and was a champion of this cause and the entire Hospital. She cared deeply for the Hospital, and her absence is sorrowfully felt. In her last post to us, she said, 'Rock the Ridge, guys!!!' And we did. Rest in peace, Amy,” said Von Schenk.

To learn more about the Above and Beyond Challenge, or to donate to this awesome cause, visit www.classy.org/event/ above-and-beyond-challenge/ e181066.

More in this category: « Local All-Star Moments CAMP ABILITIES: A Loss of Sight, Never a Loss of Vision »
back to top