CAMP ABILITIES: A Loss of Sight, Never a Loss of Vision 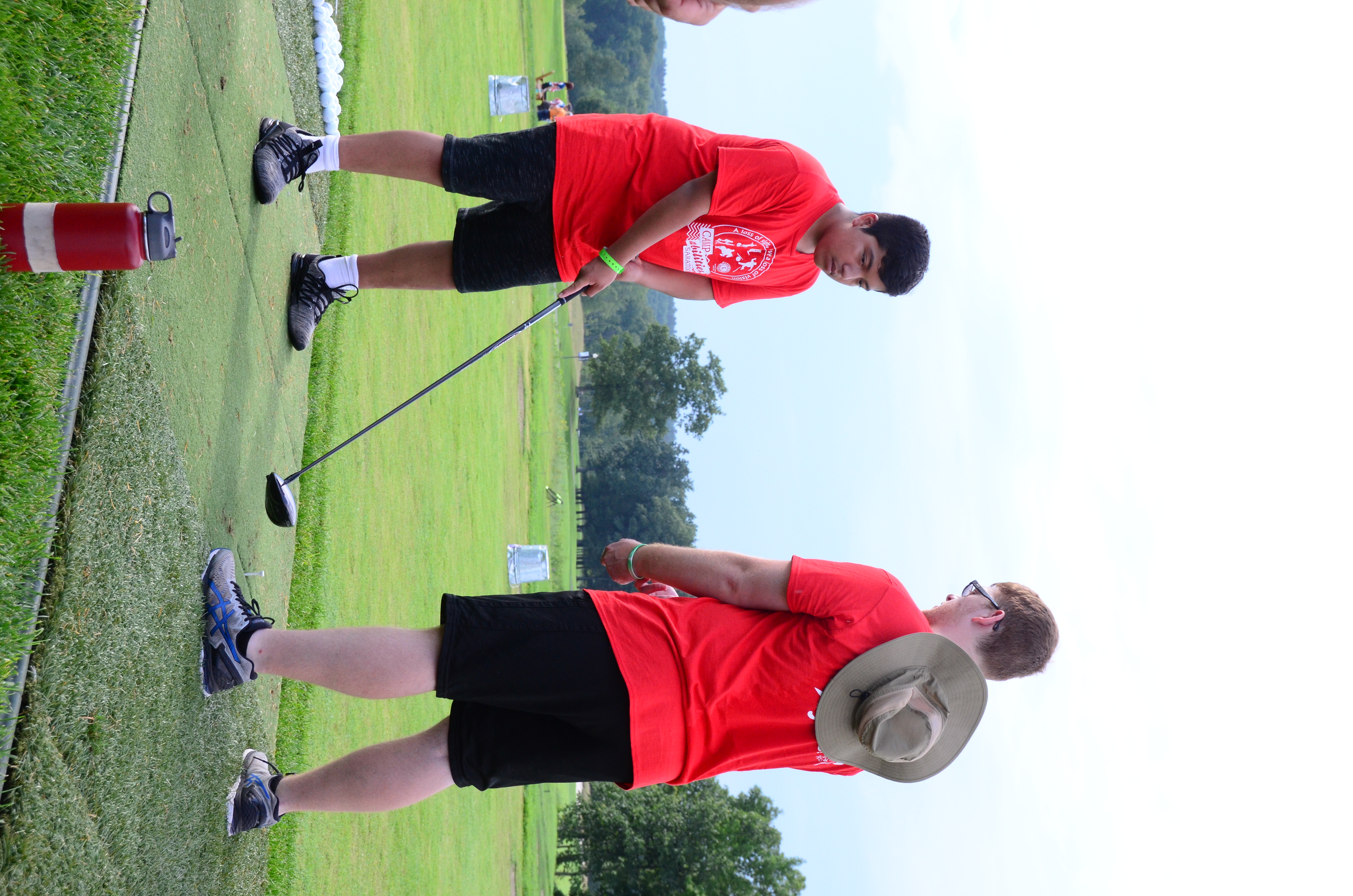 SARATOGA SPRINGS — Camp Abilities, held at Skidmore College, is a one-week educational sports camp for children and teens who are blind, visually impaired, and deafblind. This camp is a service project of the Saratoga Springs Lions. The campers participated in Beep Baseball, Goalball, Swimming, Tandem Biking, Track and Field, Ice Skating, Horseback Riding, Paddle Boarding, and Golf for the second time since the camp began. There are twenty-five kids divided in two groups by age range. Ages 9-13 and ages 13-19.

“Because all these kids are competitive,” he laughed.

Each camper has their own counselor, with four nurses on staff, two of which are available twenty-four-seven, and four sports specialists. The golfing activity was broken down into four segments: chipping, putting, driving, and short game. Mike Purcell, a champion blind golfer, ran the golf activity.

“Mike Purcell left Martha’s Vineyard just to get here. He said he took some harassment from his friends. ‘What are you doing? It’s your day off!’ and he said, ‘no I’ve got something more important to do’ and that was to come here and go through this with these kids,” said Ed Stano, first-time President of Camp Abilities.

“The guys here at Saratoga National are fantastic. They’ve been terribly supportive, they’ve really been kind with us,” said Stano.

There are three other Camp Abilities across New York State: one on Long Island, one in Binghamton, which is the original, and one in the winter time in Utica where the campers do winter activities such a skiing. Counselors come from all over and only receive a small stipend for their position. They are doing it for the love of the camp.

“We depend a lot on fundraising, grants, other Lions Clubs. We’ve been very fortunate, we couldn’t do this without Skidmore College. A lot of times, this is the first opportunity these kids have had to spend a night out of the house without their parents so, we look at it as a really great experience for them and it does our heart a lot of good doing it. We’re now five-years old and it took two years to plan the first year, so we’ve been doing these seven years. It’s fun, the kids have a great time, and it gives them a feeling of self-reliance, an ‘I can do this if I’m allowed to,’” Klein explained.

“It’s all about the kids. The way I described it is, the best thing to do is track. You see a blind kid, he starts at the beginning of the week, he doesn’t know how to run, because he’s never been allowed to run. By the end of the week, he or she is running, because it’s things that we, as sighted people, take for granted. Simple things like that, but when you see the kids do that, it’s heart wrenching in the best way,” said Stano.

More in this category: « Above & Beyond Hike Dedicated to Amy Raimo Saratoga Springs Recreation Department Fall Happenings »
back to top