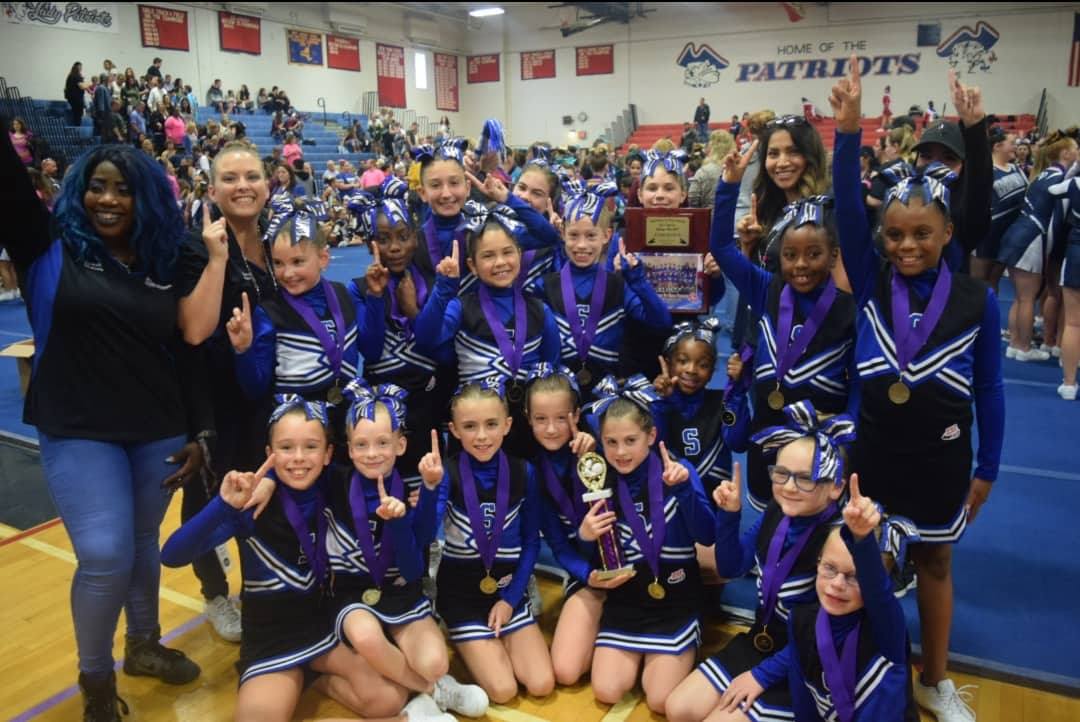 SARATOGA SPRINGS — Saratoga Springs Pop Warner (SSPW) is a non-profit organization under Pop Warner Little Scholars, Inc. that serves the Saratoga area specifically while being a part of the Capital District Pop Warner Federation, playing against teams from Albany and beyond. SSPW has three tackle teams and one flag team as well as three cheerleading squads. Kim Delgado, current president of SSPW, stresses the importance of safety, fun, and wellness.

“Our oldest pee-wee team is the hardest to fill because it’s typically filled with sixth and seventh graders so we compete with the high school modified program, but Pop Warner is really a good program to do before they go into modified,” she explained.

The kids begin their conditioning hours on August 6, which, Delgado says, “is all in the name of safety.”

“That’s a challenge for us too because we have the requirement of starting in August and getting all these hours in and people want to still have their summer,” she said of the multiple practice a week schedule.

As she explains it, the football players must go through a certain regiment for 10 hours before they can put any tackle pads on. Practice is four nights a week in August and cuts back to three nights a week once school begins.

“We teach them the fundamentals, make the parents feel comfortable about their kids playing football, because we know that is a huge challenge. We use the same tackling techniques and training that the high school does. The kids should be well prepared to go to modified teams and play,” Delgado said, explaining the importantance of SSPW.

With their fees the lowest in the area at only $90, they still offer scholarships, payment plans, and fundraising options to parents in need.

“We’re not really anymore unsafe than hockey or soccer. If parents did their research on what youth football is all about, we have some people who think of how it was in the eighties when the parents were in school. The safety protocols and all of that just wasn’t there then, but now we have them,” she said.

Delgado addressed that safety seems to be the main concern when a parent is on the fence about allowing their child to sign up.

“We have really well-trained coaches who really care about the safety of the kids. It’s just much different. For us, the challenge is getting people to the field and just getting them to our clinics in the summer to kind of feel comfortable with what the organization is about and how much we really do care about the safety” Delgado stated.

Along with the football players, there are also 50 cheerleaders this year. Last year, the oldest team won the local competition and went to New Jersey, had they won there, they would have competed in Disney.

“That team is very hopeful this year that they’ll have another successful cheer season,” she said.

To kick off the season, teams from all over the Pop Warner Little Scholars, Inc. capital district umbrella will come to East Side Rec to play on Beau Kilmer Field. Kilmer was a very famous Pop Warner coach in Saratoga.

“He was instrumental in Saratoga Pop Warner football and every year we do an annual scrimmage in his honor,” Delgado explained.

“We can’t tell people that nothing is ever going to happen, we can’t do that it wouldn’t be right. But we do everything that we can to ensure the safety of their kids,” Delgado reassured.