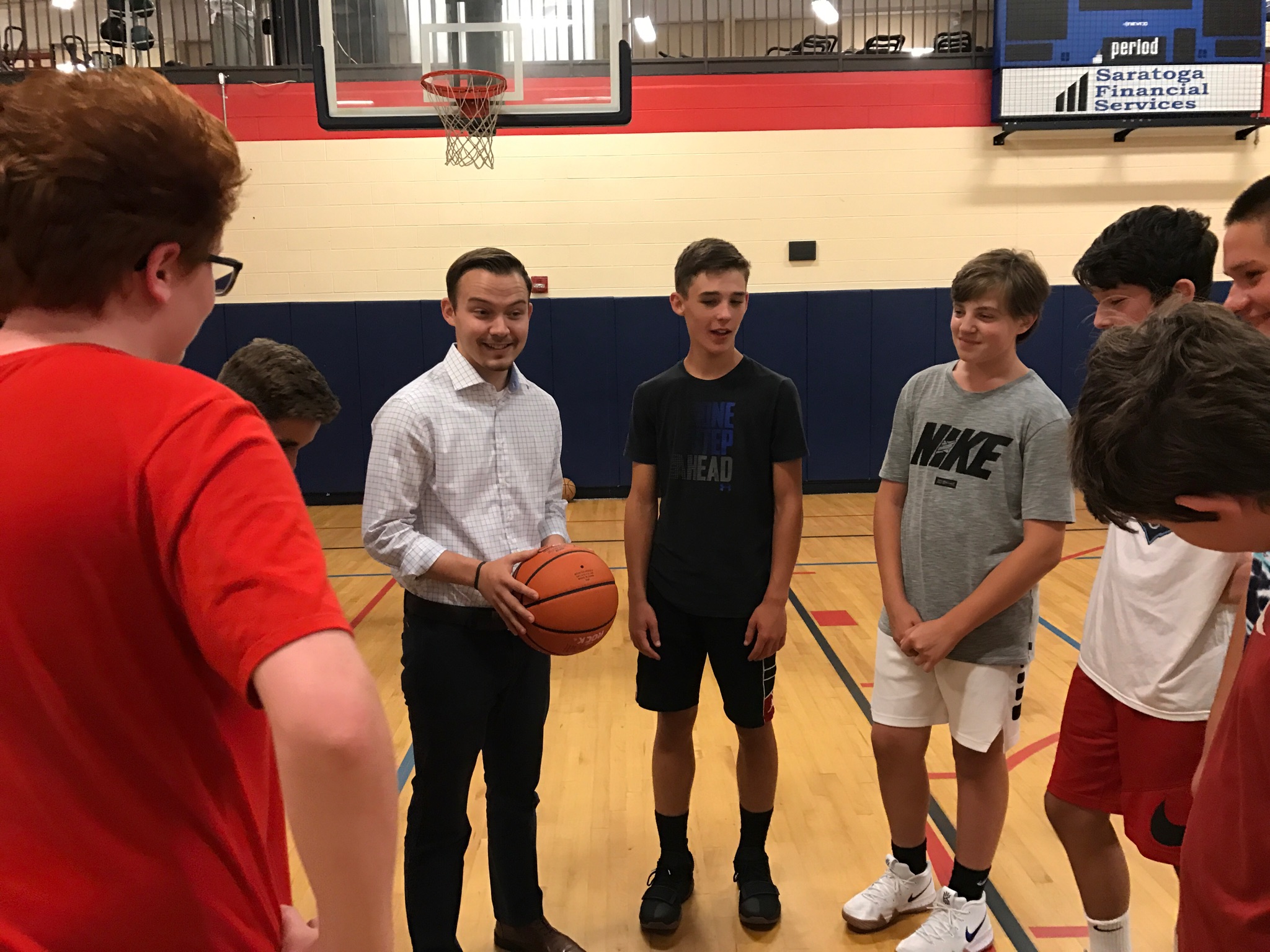 “I’ve always had a love for the game,” he said. About a year ago, Glynn began his coaching hobby at his old elementary school, but he wished to be even more involved.

“So, I reached out to the SRYMCA and got ahold of Mike Laudicina [league coordinator]; he ended up reaching out to me right away. He brought me in and told me all about this basketball program that he’s built up. I got excited about it right away and got involved,” Glynn said, explaining how his coaching career at the SRYMCA came to be.

Glynn, a Sienna College 2017 grad, is a salesperson by day, which affords him the flexibility to coach.

“It’s fun [being a young coach] because a lot of the kids are the same size as me. I played basketball growing up, so I felt like I was a pretty good player but some of the kids on my team now have more talent than I do,” he laughed.

Glynn’s coaching method is to involve everyone. His team is the undefeated team in the league, but he always makes sure that every team member plays and scores.

“I like to get everyone involved. When I played when I was younger, my first few years I rode the bench a lot and I think as a kid that’s really tough, so I like to get all the kids involved and let them play, especially here. It gives them a chance to get in game time situations where on their high school team it might be a little more tough to get all of the kids playing time,” he explained.

His favorite coaching moment so far has just been watching the team grow as players and people. Glynn will also be coaching in the fall league and his little brother will be joining his team.

“It’s great coaching my brother. He’s a lot more talented than I was when I was his age, so it’s great to see him learn and play and get better. As he continues to play, he gains confidence and that’s a great thing to see,” Glynn stated.

Glynn also hopes to grow into an even bigger role at the SRYMCA.

“I’ve really enjoyed the coaching so far and Mike [Laudicina] has been training me the different facets of the game and how putting together the league works,” Glynn explained.

He has learned score keeping, clock keeping, and how to interact with the refs.

“I really do see Aidan taking my position. I’m not going to be here forever, I keep saying this is my last year,” Laudicina laughed, “but I know I’ll be here for the fall and the summer.”

Laudicina has decided to mentor Glynn.

“One thing I can tell you though, it’s easy when you’re winning. Kids like it, they get excited, but if you check the papers you’ll see that everybody on his team scores. He makes sure of it. If someone isn’t
scoring, I’ll watch the other players on the team pass them the ball, so they will score. He keeps everybody involved and that is why not only do I think he’ll be a good coach, but I think he’ll be a good person to run the league in the future,” Laudicina said, complimenting Glynn.

The SRYMCA Fall Basketball League registration begins on Monday, September 10. For more information, contact Mike Laudicina at Mike. This email address is being protected from spambots. You need JavaScript enabled to view it..