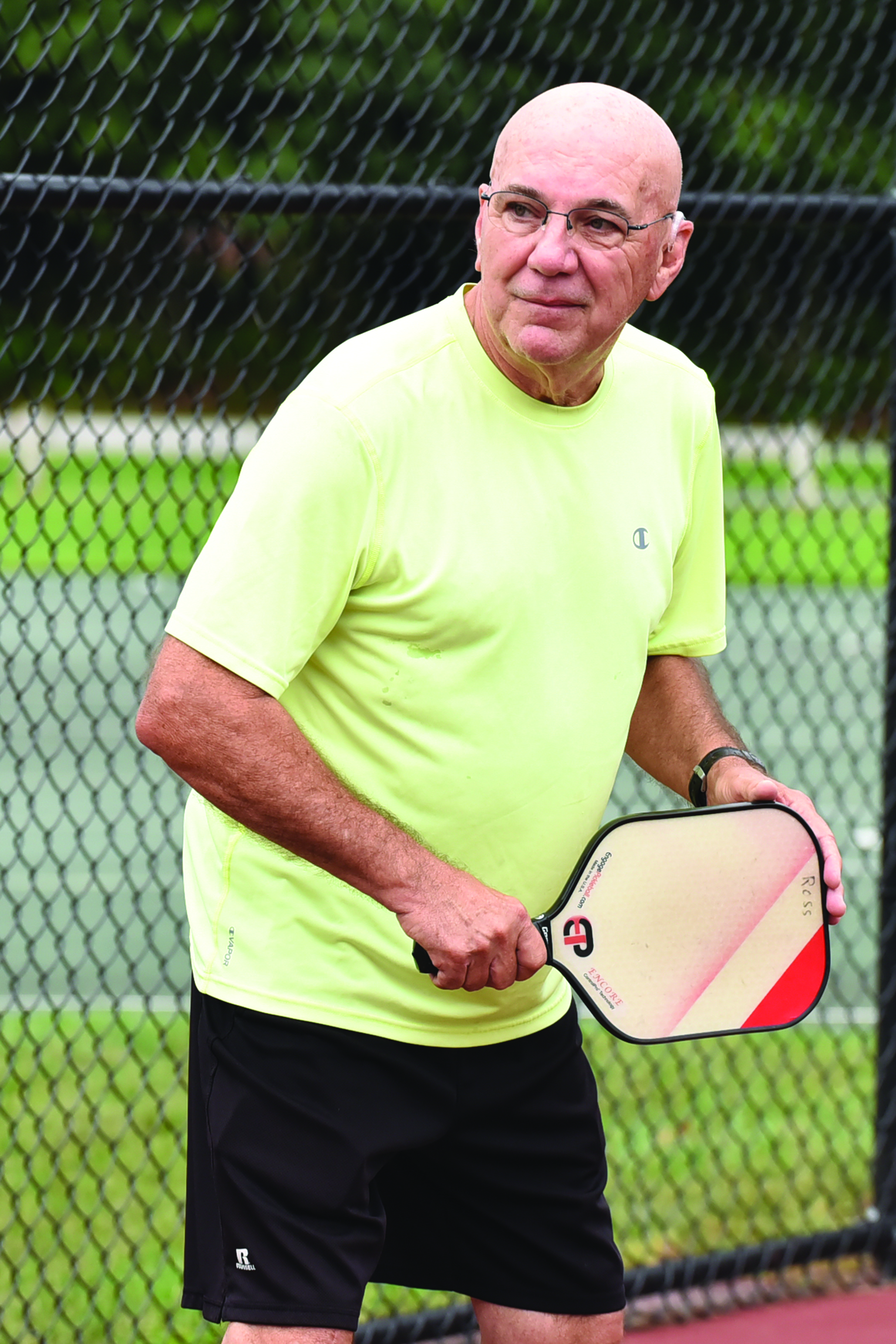 WILTON — Pickleball, which has been at Gavin Park for the last nine years, takes place Monday through Friday from 9:30 a.m. to 11:30 a.m. and Tuesday and Thursday from 6:15 p.m. to 8:15 p.m. Pickleball is a racquet sport that combines elements of badminton, tennis, and table tennis. Two or four players use solid paddles made of wood or composite materials to hit a perforated polymer ball, similar to a whiffle ball, over a net. The sport shares features of other racquet sports, the dimensions and layout of a badminton court, and a net and rules similar to tennis, with a few modifications. Pickleball was invented in the mid-1960s as a children’s backyard pastime but has become popular among adults as well. It is only $3 for a resident and $5 for a non-resident. Alan Ross has been leading the Pickleball courts for the last three years as the communications person and has been playing Pickleball for the last five years.

“I handle the email list for communications, and right now we have over 135 on our list,” Ross explained.

Ron Kermani, a Pickleball player for the last three years, joked that the group has made Ross “the Commissioner.”

“It’s kind of like the small town where they don’t have an official Mayor or anything. I kind of assumed the email list, another gal was running it and she had a serious fire at her house about three years ago, so, I volunteered to temporarily take over. And that’s how that Commissioner bit came about, but I enjoy it,” Ross said.

Gavin Park recently relined the outdoor tennis courts for Pickleball and marked two more on the basketball courts, now the Pickleballers have six outdoor courts and six indoor courts, where they play from midSeptember to mid-June.

“It really caught on with seniors, which is why most of us are here,” Ross said, gesturing to the packed pickleball courts.

“There are thousands of players now and it has been elevated to the point that it’s developed its own structure. There are national and international tournaments. It’s still neat because it’s a grass roots kind of thing and that’s how it’s grown here at Gavin. You’ll also find it at East Side Rec and Clifton Park Y, and in Queensbury,” Ross listed.

“Anybody who has played racket sports, it’s a natural transition. Or someone who hasn’t even held a paddle before, after a half an hour was loving it. It’s an easy game to pick up, the rules are very simple, and for $20 you can buy a paddle and balls at a store and get on the court,” Kermani said.

“Within the first three months of when I started playing, I lost 20 pounds and I’ve kept it off,” Ross explained.

“My legs and hips have never hurt so much in my life,” Kermani laughed.

Schools are now beginning to teach Pickleball as well.

“We welcome beginners and usually one of the more experienced players will show them the basics and get them started,” Ross said.